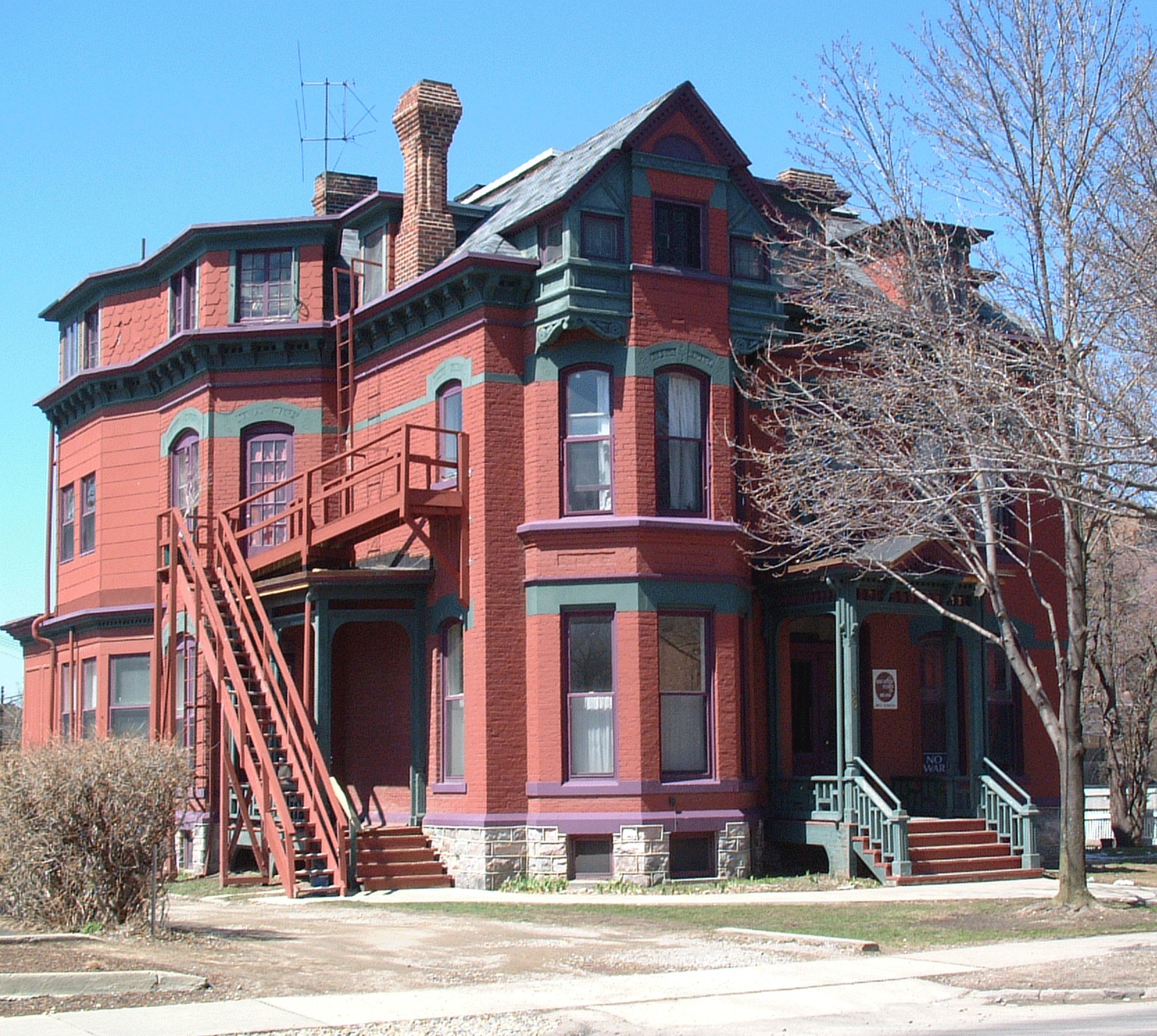 Adelbert L. Noble came to Ann Arbor in 1869 to study at the University of Michigan. "Difficulty with his eyes would not permit of his continuing his studies and he turned his mind toward business" wrote the county history of 1881. After six years in the clothing business with Joe T. Jacobs, Noble sold his interest and opened the Star Clothing Store at the corner of Main and Washington Streets. Star specialized in "Men's, Boys' and Children's" clothing, advertising "Plain Figures and One Price."

By 1883 Noble was successful enough to buy this piece of land from Henry Bennett who had built the Kempf House next door in 1853. Noble erected a large and imposing brick house, transitional in style from the Italianate to Queen Anne. The slate roof, decorative chimneys, pressed brick, arched windows, and carved wood details on porches, gable corners, and brackets show the influence of both styles. The fine stonework over the windows illustrates the craftsmanship of Anton Eisele.

In 1892 Noble became the first president of the State Savings Bank. He erected the carriage house in the rear of the property and the two buildings form a unique grouping, now very rare in central Ann Arbor.

After Noble's death in 1894, followed by his wife in 1902, the house had a succession of owners until 1920 when Dr. David M. Cowie purchased it. Dr. Cowie, a physician and Professor of Pediatrics and Infectious Diseases at the University of Michigan, turned the home into a private hospital. One of Cowie's major achievements was the adoption on a statewide basis of the use of iodized salt to prevent goiter. After Cowie's death in 1940, the house and carriage house were both converted to apartments and remain as such today.