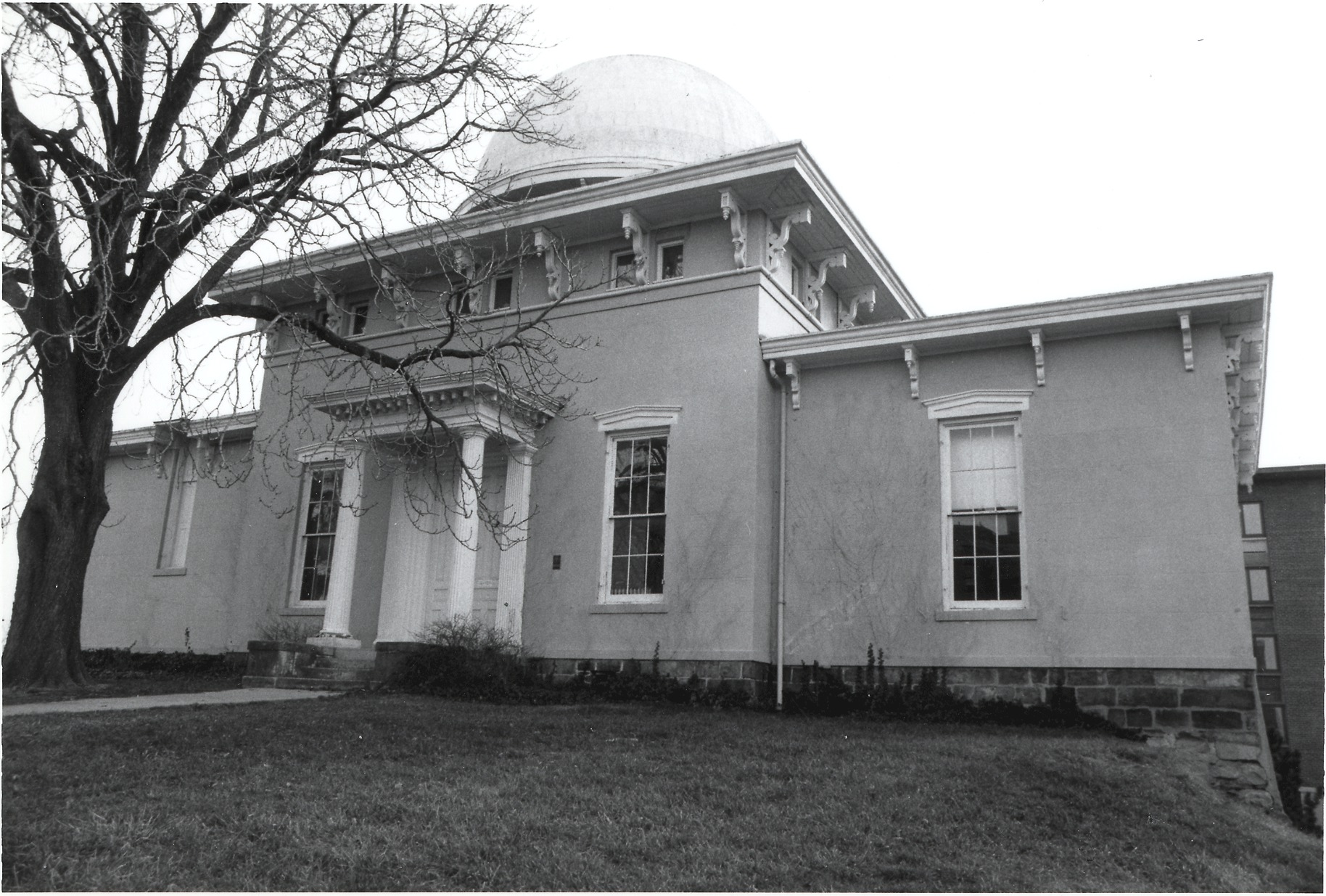 Built in 1854, and called, until 1931, the Detroit Observatory, this building housed the first large telescope constructed in the United States, for years the third largest refractor in the world. The twelve and one-half inch telescope was made by Henry Fitz of New York, who held it as a matter of both personal and patriotic pride that he, an American locksmith and inventor untrained in optics, had invented his own process for making the complex and difficult achromatic lens, and that he was able to manufacture telescopes to compete with those of European make. The meridian circle, still intact, was used to compute time from observations of stars crossing the meridian. A special telegraph wire connected the Observatory with the Ann Arbor depot of the Michigan Central Railroad, which bought time readings to set its schedules.

The Observatory itself is a monument to the broad vision and indefatigable fund raising efforts of University President Henry Philip Tappan, who suggested the project to Henry Nelson Walker, a prominent Detroit lawyer with iron mine and railroad interests. Walker, who initiated and guaranteed construction, took an active part in fund raising and in choosing the site. He engaged George Bird to plan and superintend the building. A brass plate on the meridian circle, for which Walker was the major contributor, indicates that it was named in his honor.

"I cannot speak of the Observatory without emotion," Tappan wrote. "No one will deny that it was a creation of my own." Tappan, eager to advance the science of astronomy at the University of Michigan, spent weeks in Europe purchasing scientific equipment, and engaged Dr. Franz Brunnow to come from the Berlin Royal Observatory to direct the work here.

The center section of this Italianate building is thirty-three feet square, surmounted by a revolving dome twenty-one feet in diameter. The side wings are each twelve by twenty-nine feet. Later classroom and office additions were razed in1954 and 1976, leaving the original edifice intact.