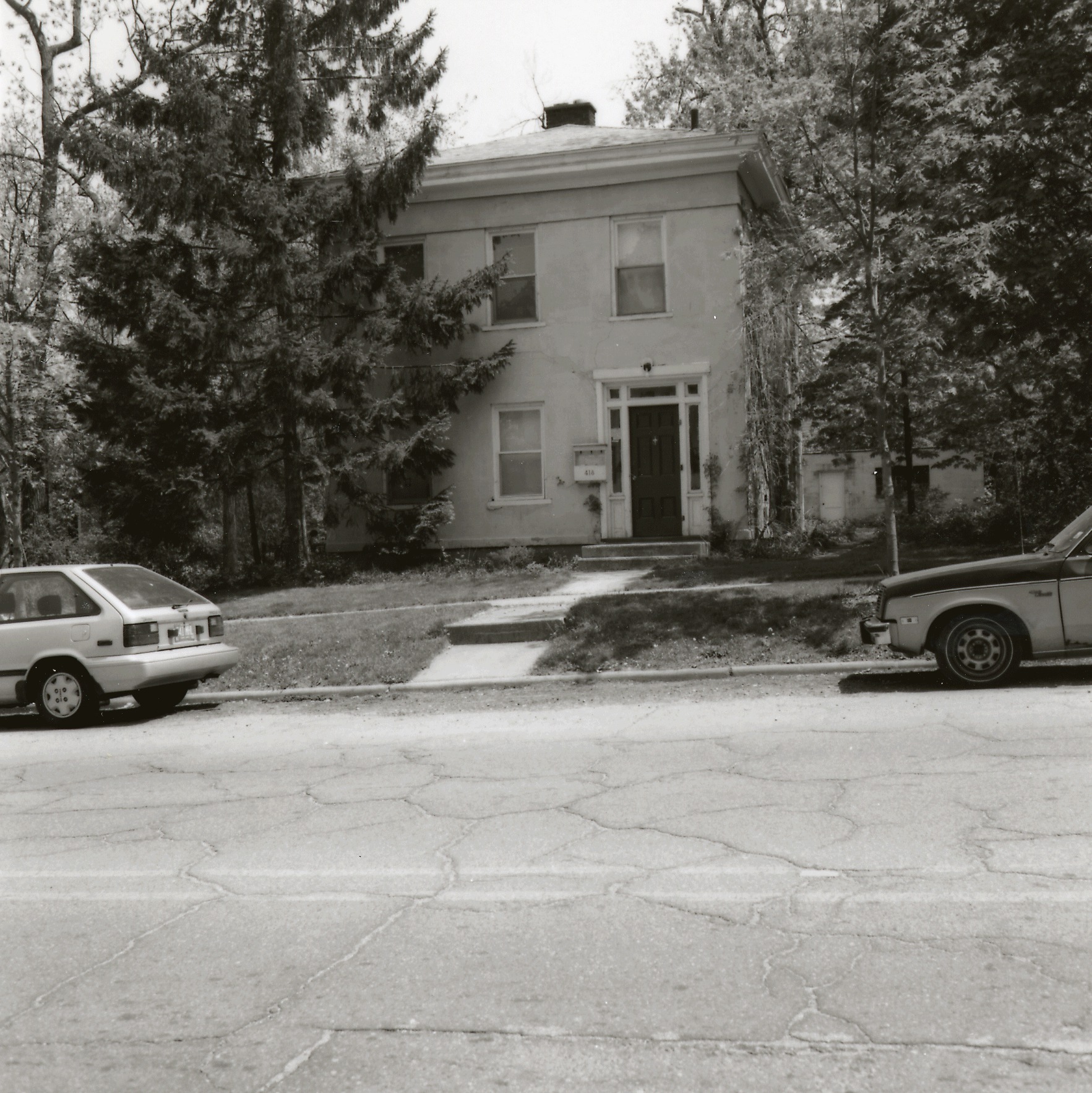 The Newton A. Prudden house is one of a small group of stuccoed Greek Revival houses built in this neighborhood in the 1840s and 1850s. Built in a simple style with a side entry, the house dates to the mid-1850s and was constructed of adobe brick like its neighbor at 602 Lawrence Street. As such it is one of only two known examples of adobe houses in Ann Arbor proper. It originally had a gable roof that was altered into the present hipped shape after the Civil War. No elaborate details exist on the house save for the transom and sidelights around the entry.

Prudden was a local fruit dealer, bee keeper, and manufacturer of water filters. After his death, his nephew Newton F. Prudden took over the business and lived in the house with his aunt until 1893 when he traded the house for a farm in Chelsea. The diary of visiting nurse Emily Hollister from 1889 gives us an unusual perspective on this family. She noted that she had come to nurse Mrs. Prudens [sic"> and that she made a will in which "she gave away some relics [being"> a card and a comb to her nephew [and"> her flax wheel to the M. E. Church art loan program, her feather bed with blue patch to Mr. Pruden [sic"> and...a dollar to a cousin that she owed it to for...years." Mrs. Hollister went on to comment about the house: "[It"> is old and has been neglected. It reminds one of old mansions with many rooms, that one reads of in books and it gives one a creepy feeling. Well, death comes today, January 6."

Like most of the other houses on this block, this house was converted to a boarding house in the 20th century. Celebrated local author Louis W. Doll purchased the house in 1938 from the Home Owners Loan Corporation, an agency handling the property of banks that failed during the Depression. Doll remarks that during his renovation of the house he was surprised to find that the hipped roof had been built over the original gable roof. He tore out the older roof and re-used the oak beams to level the ceiling. An addition on the side was so deteriorated that it had to be demolished. Doll also replaced the old entry with a "colonial" door that was featured on the cover of House Beautiful in September 1937.