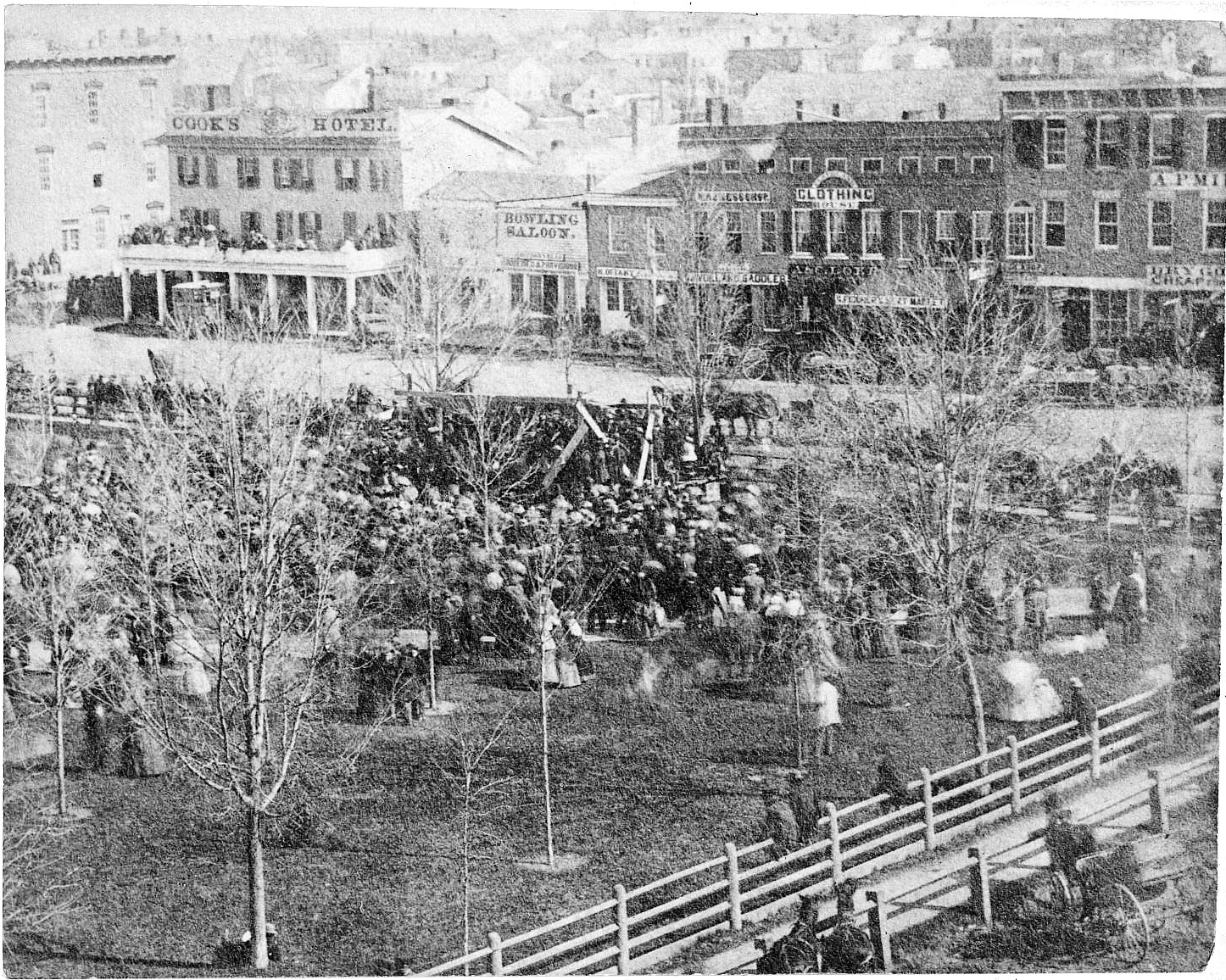 When the news reached Ann Arbor in April 1861 that Fort Sumter had been fired on, the citizenry called on University of Michigan President Henry Tappan for an inspirational address delivered on the lawn of the courthouse in the center of town.

Though some parts of the North needed to draft men into the Union Army, Michigan citizens eagerly joined up. Ann Arbor's three units reflected the town's makeup: the Steuben Guards, the Barry Guards, and the University Battalion. Men older than forty-five formed the Silver Greys as a home guard.