The Other War: The Fight Against Dengue 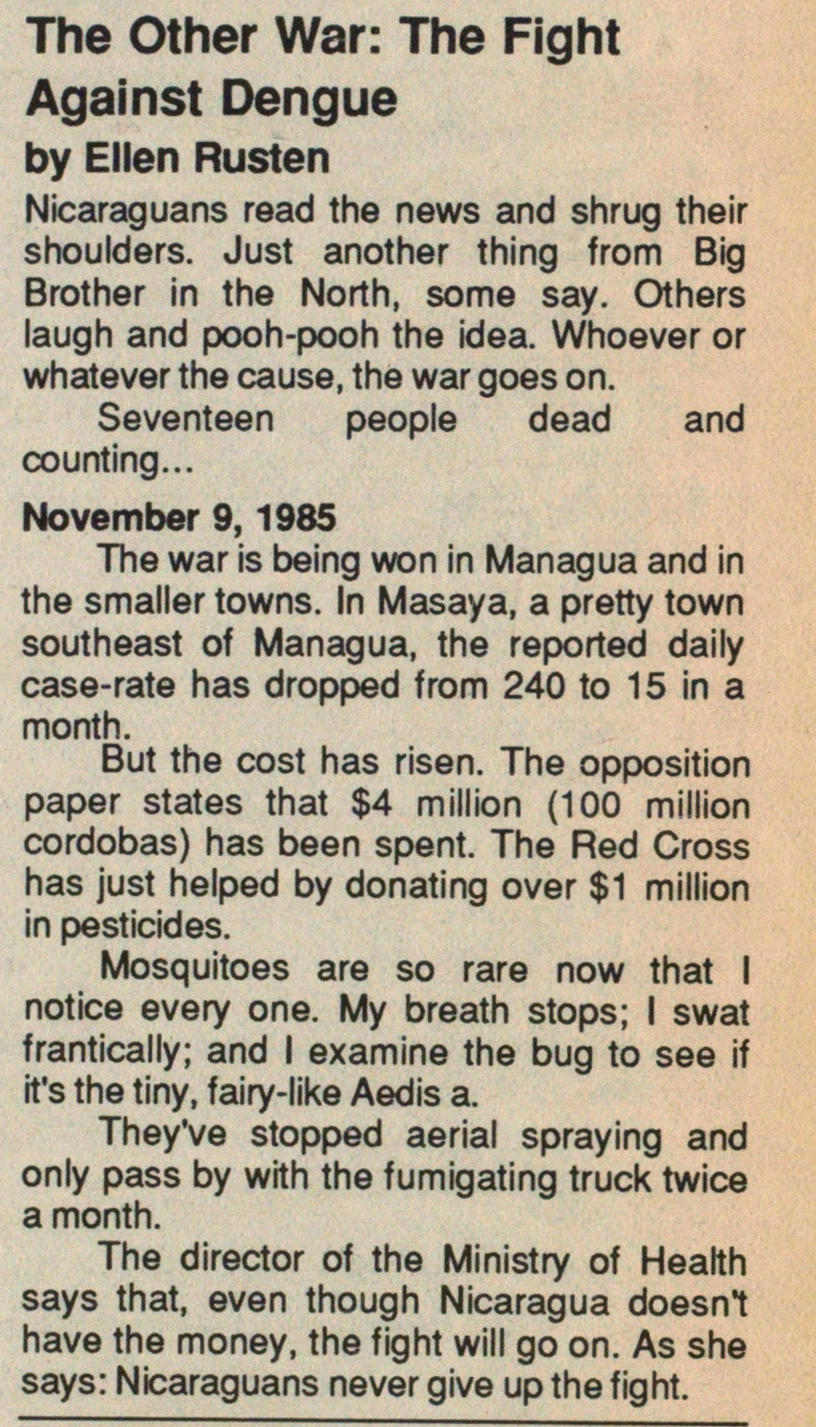 Nicaraguans read the news and shrug their shoulders. Just another thing from Big Brother in the North, some say. Others laugh and pooh-pooh the idea. Whoever or whatever the cause, the war goes on. Seventeen people dead and counting... November 9, 1985 The war is being won in Managua and in the smaller towns. In Masaya, a pretty town southeast of Managua, the reported daily case-rate has dropped irom 240 to 1 5 in a month. But the cost has risen. The opposition paper states that $4 million (100 million córdobas) has been spent. The Red Cross has just helped by donating over $1 million in pesticides. Mosquitoes are so rare now that I notice every one. My breath stops; I swat frantically; and I examine the bug to see if it's the tiny, fairy-like Aedis a. They've stopped aerial spraying and only pass by with the fumigating truck twice a month. The director of the Ministry of Health says that, even though Nicaragua doesnt have the money, the fight will go on. As she says: Nicaraguans never give up the fight.