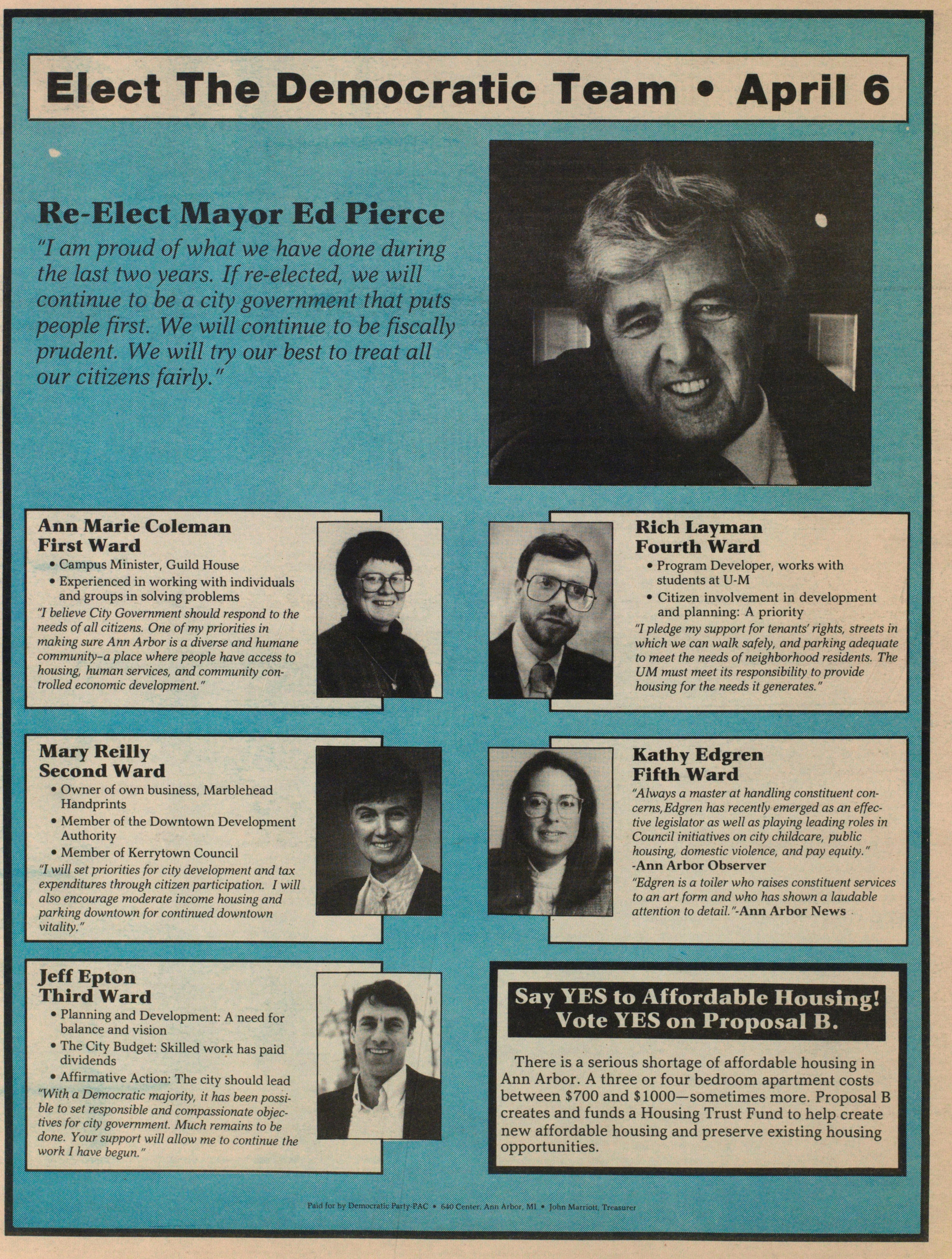 "I believe City Government should respond to the needs of all citizens. One of my priorities in making sure Ann Arbor is a diverse and humane community–a place where people have access to housing, human services, and community controlled economic development."

"I will set priorities for city development and tax expenditures through citizen participation. I will also encourage moderate income housing and parking downtown for continued downtown vitality."

"With a Democratic majority, it has been possible to set responsible and compassionate objectives for city government. Much remains to be done. Your support will allow me to continue the work I have begun."

"I pledge my support for tenants' rights, streets in which we can walk safely, and parking adequate to meet the needs of neighborhood residents. The UM must meet its responsibility to provide housing for the needs it generates."

"Edgren is a toiler who raises constituent services to an art form and who has shown a laudable attention to detail." - Ann Arbor News

Say YES to Affordable Housing! Vote YES on Proposal B.

There is a serious shortage of affordable housing in Ann Arbor. A three or four bedroom apartment costs between $700 and $1000–sometimes more. Proposal B creates and funds a Housing Trust Fund to help create new affordable housing and preserve existing housing opportunities.