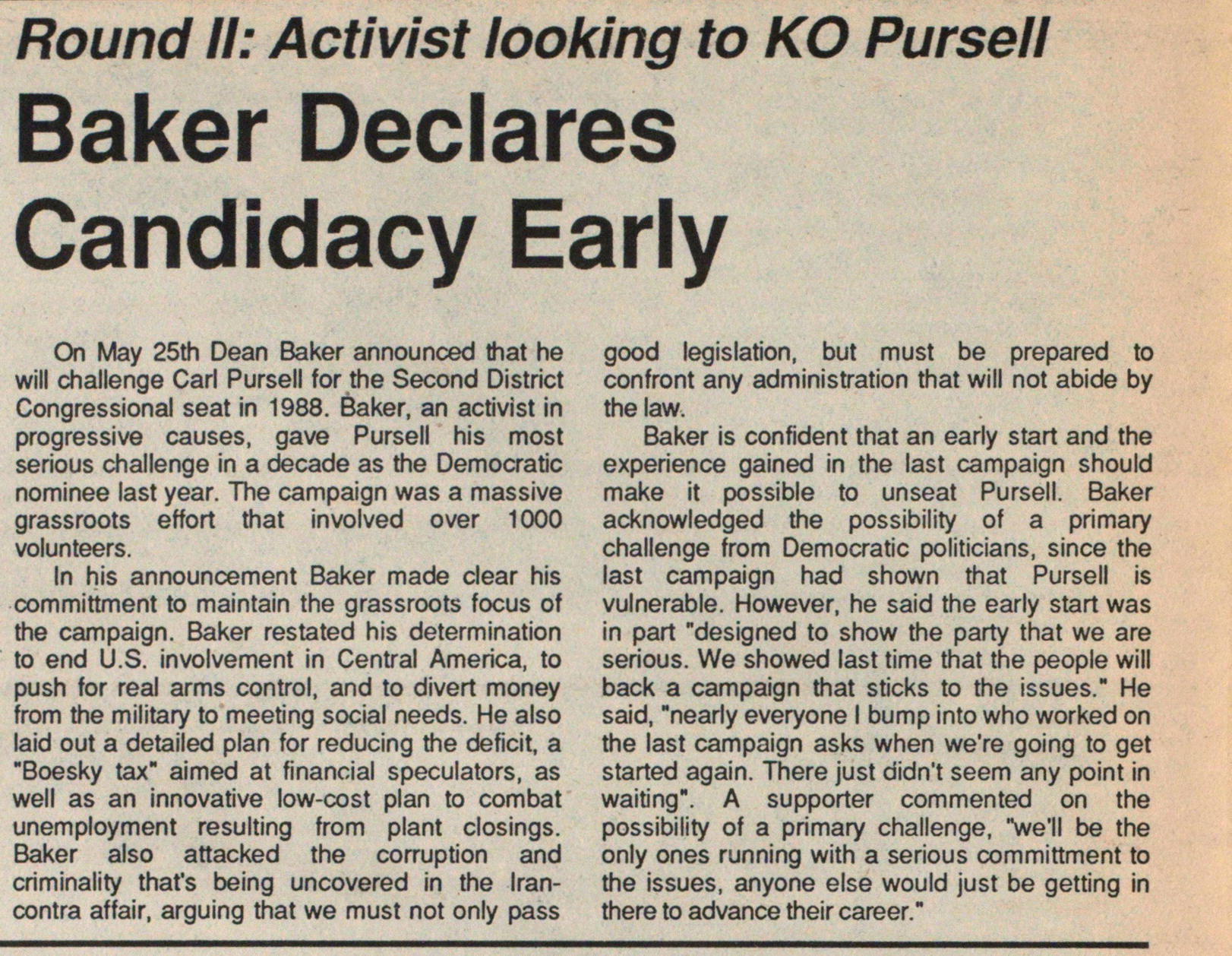 On May 25th Dean Baker announced that he will challenge Cari Pursell for the Second District Congressional seat in 1988. Baker, an activist in progressive causes, gave Pursell his most serious challenge in a decade as the Democratie nominee last year. The campaign was a massive grassroots effort that in volved over 1000 volunteers. In his announcement Baker made clear his committment to maintain the grassroots focus of the campaign. Baker restated his determinaron to end U.S. involvement in Central America, to push for real arms control, and to divert money from the military to meeting social needs. He also laid out a detailed plan for reducing the deficit, a "Boesky tax" aimed at financial speculators, as well as an innovative low-cost plan to combat unemployment resulting from plant closings. Baker also attacked the corruption and criminality that's being uncovered in the Irancontra affair, arguing that we must not only pass good legislation, but must be prepared to confront any administration that wilt not abide by the law. Baker is confident that an early start and the experience gained n the last campaign should make t possible to unseat Pursell. Baker acknowledged the possibility of a primary challenge from Democratie politicians, since the last campaign had shown that Pursell is vulnerable. However, he said the early start was in part "designed to show the party that we are serious. We showed last time that the people will back a campaign that sticks to the issues." He said, "nearly everyone I bump into who worked on the last campaign asks when we're going to get started again. There just didn't seem any point in waiting". A supporter commented on the possibility of a primary challenge, "we'll be the only ones running with a serious committment to the issues, anyone else would just be getting in there to advance their career."