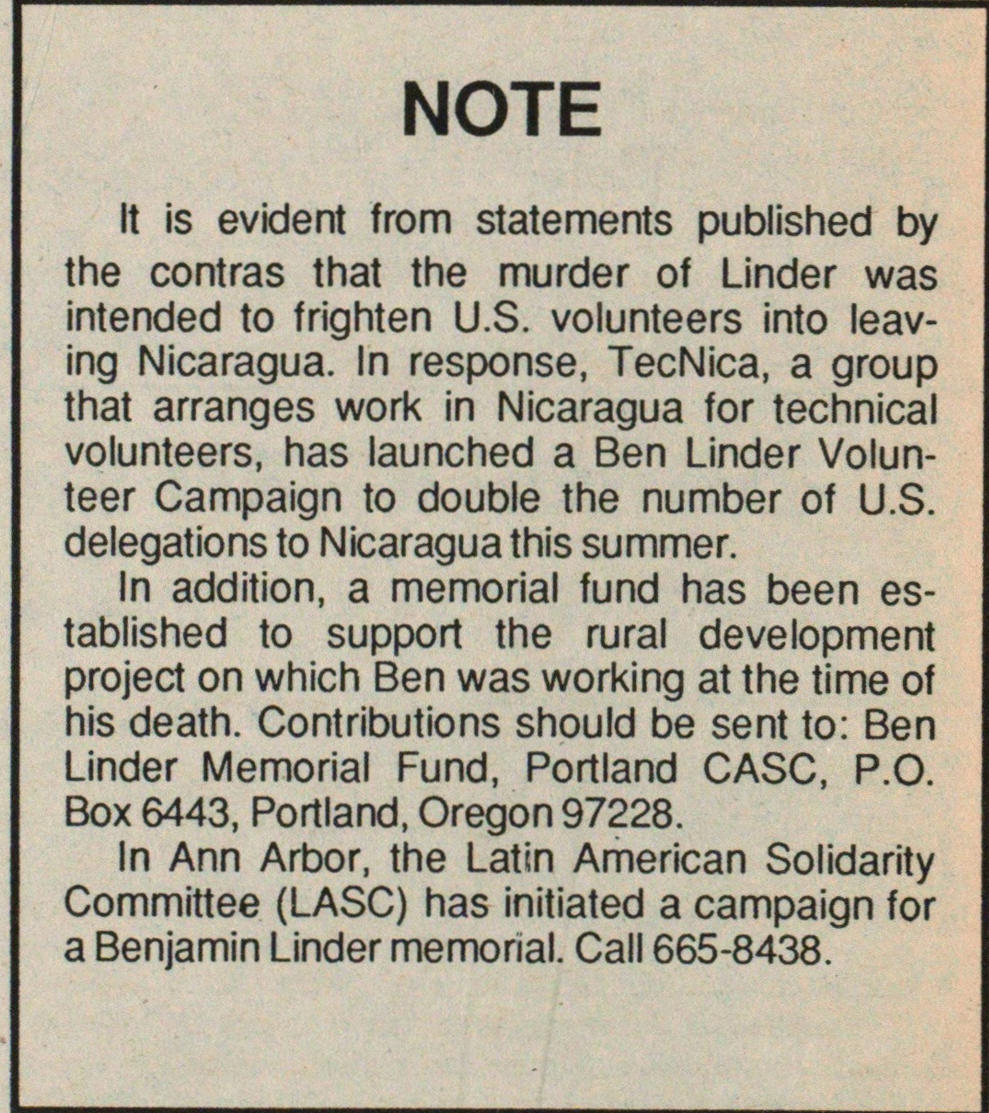 NOTE It is evident from statements published by the contras that the murder of Linder was intended to frighten U.S. volunteers into leaving Nicaragua. In response, TecNica, a group that arranges work in Nicaragua for technical volunteers, has launched a Ben Linder Volunteer Campaign to doublé the number of U.S. delegations to Nicaragua this summer. In addition, a memorial fund has been established to support the rural development project on which Ben was working at the time of his death. Contributions should be sent to: Ben Linder Memorial Fund, Portland CASC, P.O. Box 6443, Portland, Oregon 97228. In Ann Arbor, the Latin American Solidarity Committee (LASC) has initiated a campaign for a Benjamin Linder memorial. Cali 665-8438.