Charlie King Is Coming To Town 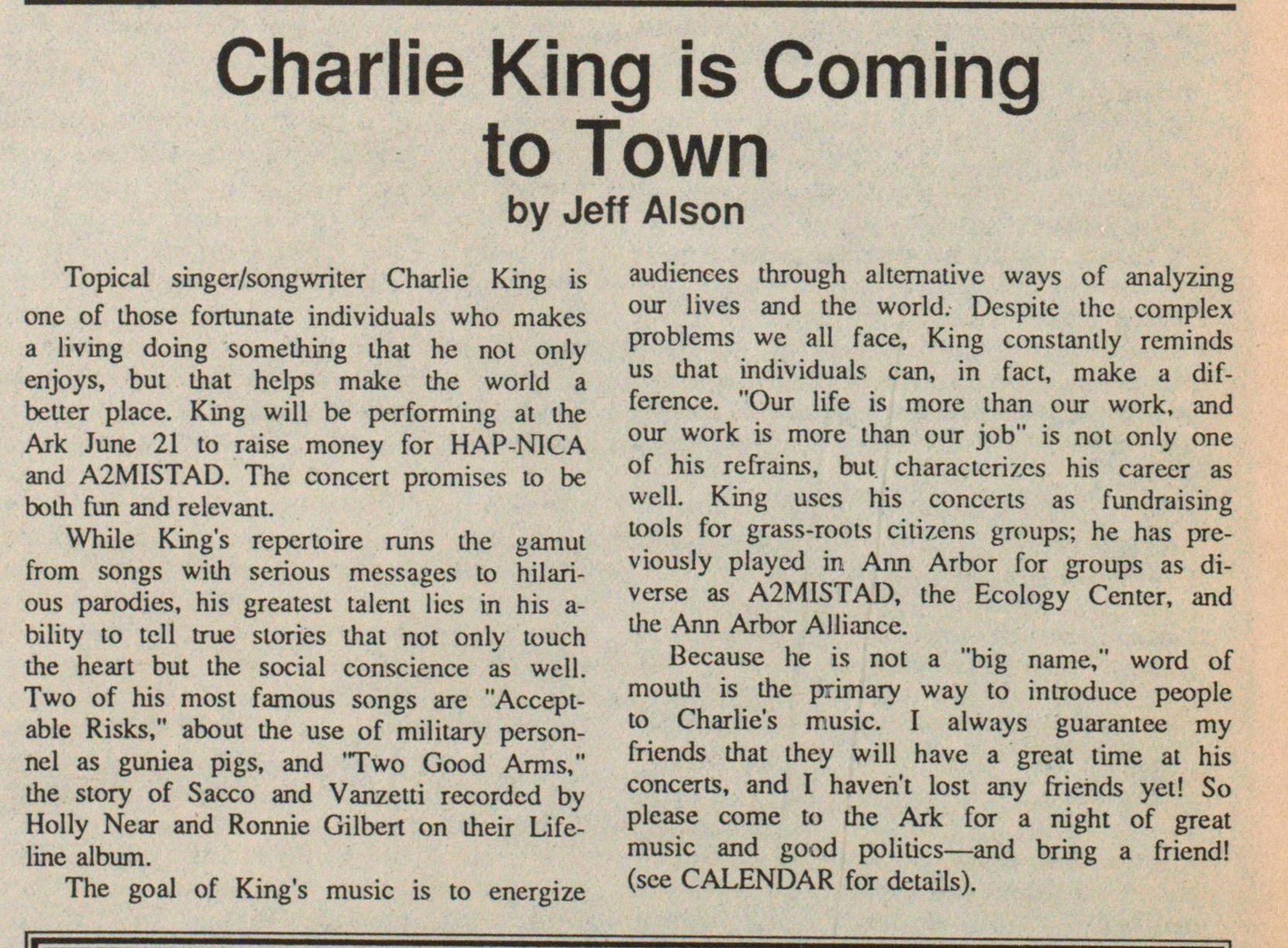 Topical singersongwriter Charlie King is one of ihose fortúnate individuals who makes a living doing something that he not only enjoys, but that hclps make the world a better place. King will be pcrforming at the Ark June 21 to raise money for HAP-NICA and A2MISTAD. The concert promises lo be bolh fun and relevant. While King's repertoire runs the gamut from songs with scrious messages to hilarious parodies, his greatest talent lies in his ability to teil true storics that not only touch the heart but the social conscience as wcll. Two of his most famous songs are "Acceptable Risks," about the use of military personnel as guniea pigs, and 'Two Good Arms," the story of Sacco and Vanzetti recordcd by Holly Near and Ronnie Gilbert on their Lifeline album. The goal of King's music is to energize audiences through alternative ways of analyzing our lives and the world. Dcspitc the complex problems wc all face, King constantly reminds us ihal individuals can, in fact, make a diffcrcnce. "Our life is more ihan our work, and our work is more than our job" is not only one of his rcfraias, but characlcrizcs his carecr as well. King uses his concerts as fundraising lools for grass-roous cilizcns groups; he has previously played in Ann Arbor for groups as diverse as A2MISTAD, the Ecology Center, and the Ann Arbor Alliancc. Because he is not a "big name," word of mouth is the primary way to introduce people to Charlie's music. I always guarantee my friends that they will have a grcat time at his concerts, and I haven't lost any friends yet! So picase come to the Ark for a night of great music and good politics - and bring a friend! (sce CALENDAR for details).