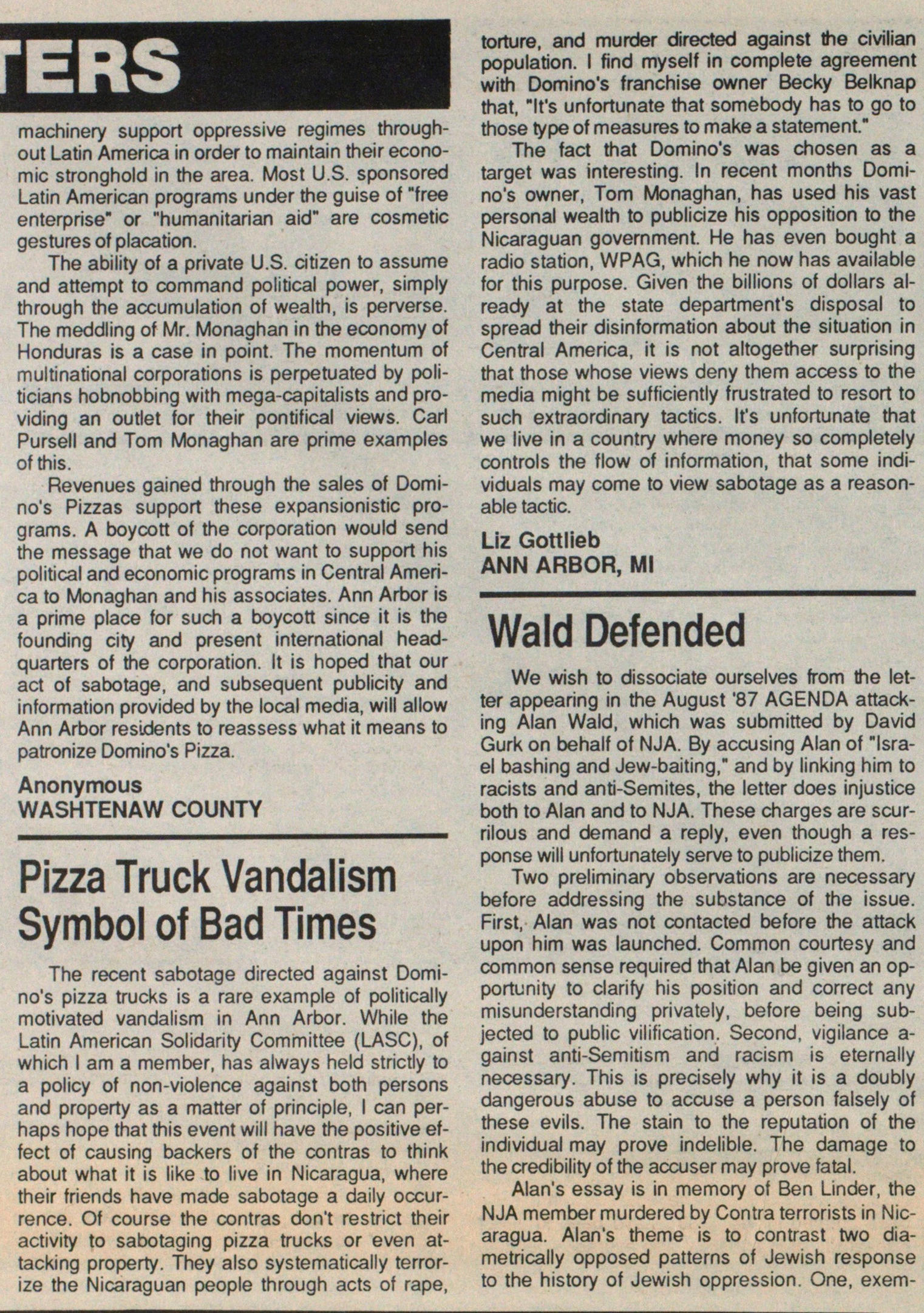 The recent sabotage directed against Domino's pizza trucks is a rare exampie of politically motivated vandalism in Ann Arbor. While the Latin American Solidarity Committee (LASC), of which I am a member, has always held strictly to a policy of non-violence against both persons and property as a matter of principie, I can perhaps hope that this event wilt have the positive effect of causing backers of the contras to think about what it is like to live in Nicaragua, where their friends have made sabotage a daily occurrence. Of course the contras don't restrict their activity to sabotaging pizza trucks or even attacking property. They also systematically terrorze the Nicaraguan people through acts of rape, torture, and murder directed against the civilian population. I find myself n complete agreement with Domino's franchise owner Becky Belknap that, "It's unfortunate that somebody has to go to those type of measures to make a statement." The fact that Domino's was chosen as a target was interesting. In recent months Domino's owner, Torn Monaghan, has used his vast personal wealth to publicize his opposition to the Nicaraguan government. He has even bought a radio station, WPAG, which he now has available for this purpose. Given the billions of dollars already at the state department's disposal to spread their disinformation about the situation in Central America, it is not altogether surprising that those whose views deny them access to the media might be sufficiently frustrated to resort to such extraordinary tactics. It's unfortunate that we live in a country where money so completely controls the flow of information, that some individuals may come to view sabotage as a reasonable tactic.