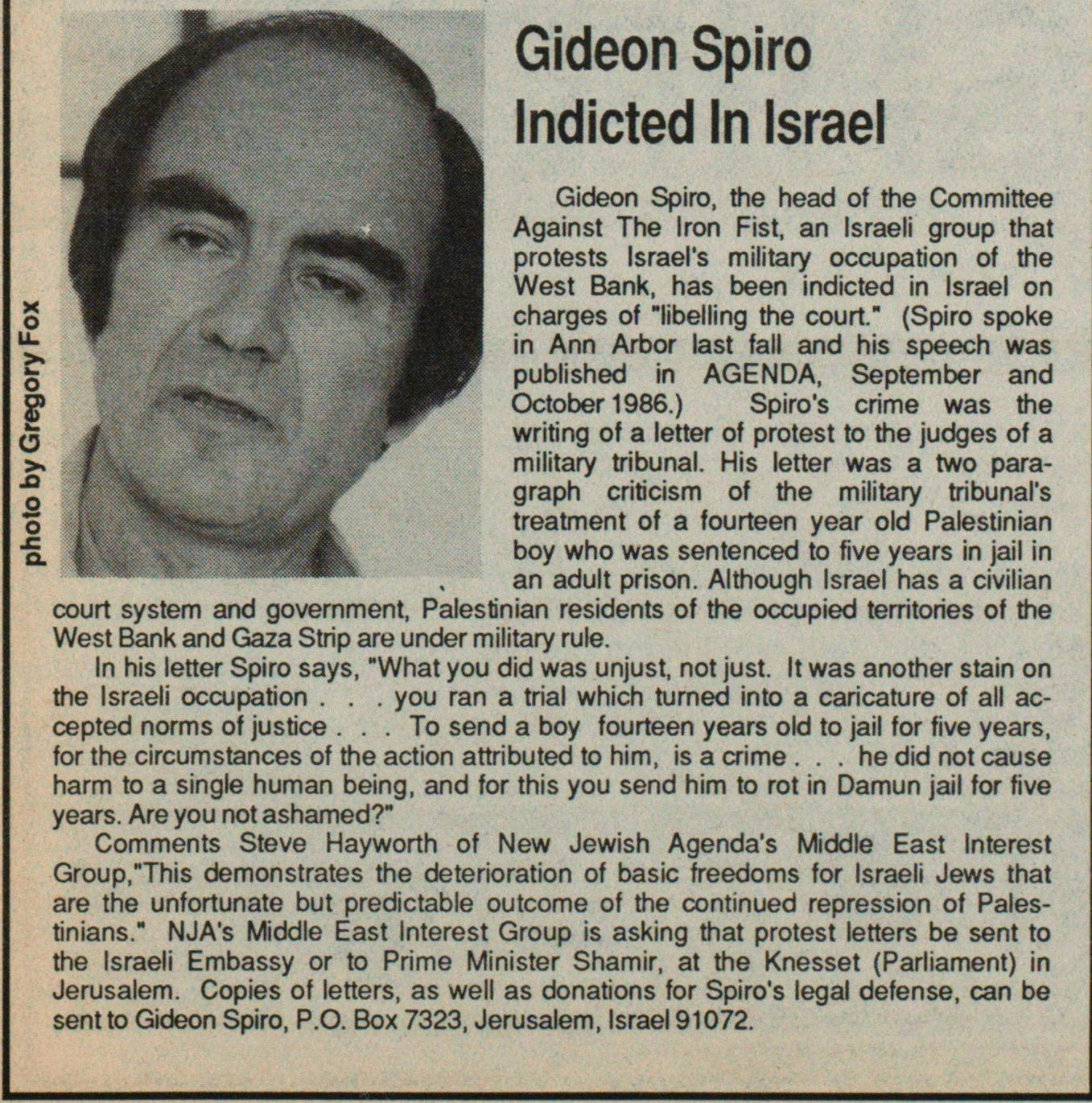 Gideon Spiro, the head of the Committee Against The Iron Fist, an Israeli group that protests Israel's military occupation of the West Bank, has been indicted in Israel on charges of "libelling the court." (Spiro spoke in Ann Arbor last fall and his speech was published in AGENDA, September and October 1986.) Spiro 's crime was the writing of a letter of protest to the judges of a military tribunal. His letter was a two paragraph criticism of the military tribunal's treatment of a fourteen year old Palestinian boy who was sentenced to five years in jail in an adult prison. Although Israel has a civilian court system and government, Palestinian residents of the occupied territories of the West Bank and Gaza Strip are under military rule. In his letter Spiro says, "What you did was unjust, not just. It was another stain on the Israeli occupation . . . you ran a trial which turned into a caricature of all accepted norms of justice . . . To send a boy fourteen years old to jail for five years, for the circumstances of the action attributed to him, is a crime . . . he did not cause harm to a single human being, and for this you send him to rot n Damun jail for five years. Are you not ashamed?" Comments Steve Hayworth of New Jewish Agenda's Middle East Interest Group.'This demónstrales the deterioration of basic freedoms for Israeli Jews that are the unfortunate but predictable outcome of the continued repression of Palestinians." NJA's Middle East Interest Group is asking that protest letters be sent to the Israeli Embassy or to Prime Minister Shamir, at the Knesset (Parliament) n Jerusalem. Copies of letters, as well as donations for Spiro's legal defense, can be sent to Gideon Spiro, P.O. Box 7323, Jerusalem, Israel 91072.