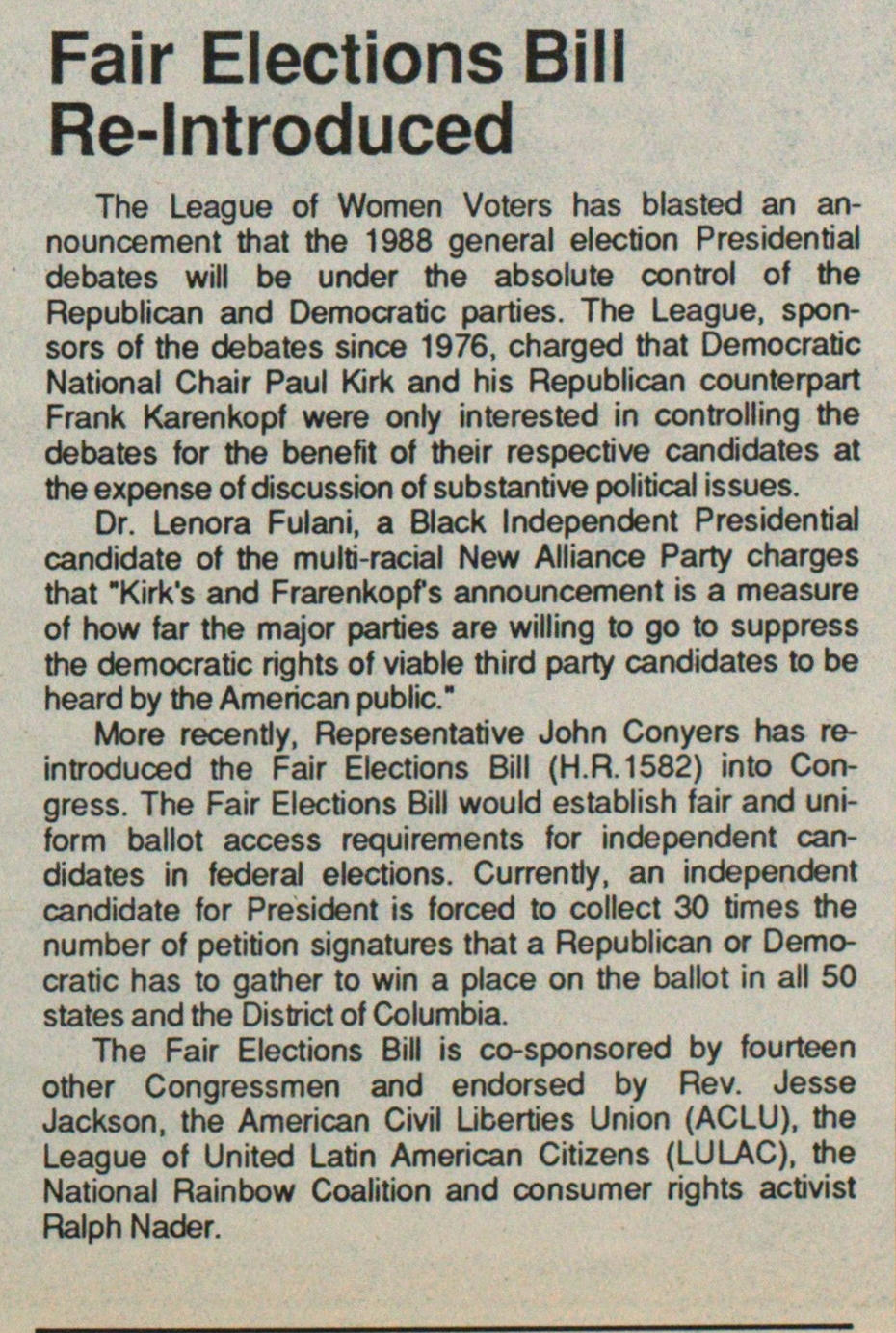 The League of Women Voters has blasted an announcement that the 1988 general election Presidential debates will be under the absolute control of the Republican and Democratie parties. The League, sponsors of the debates since 1976, charged that Democratie National Chair Paul Kirk and his Republican counterpart Frank Karenkopf were only interested in controlling the debates for the benefit of their respective candidates at the expense of discussion of substantive political issues. Dr. Lenora Fulani, a Black Independent Presidential candidate of the multi-racial New Alliance Party charges that "Kirk's and Frarenkopf s announcement is a measure of how far the major parties are willing to go to suppress the democratie rights of viable third party candidates to be heard by the American public." More recently, Representative John Conyers has reintroduced the Fair Elections Bill (H.R.1582) into Congress. The Fair Elections Bill would establish fair and uniform ballot access requirements for independent candidates in federal elections. Currently, an independent candidate for President is forced to collect 30 times the number of petition signaturas that a Republican or Democratie has to gather to win a place on the ballot in all 50 states and the District of Columbia. The Fair Elections Bill is co-sponsored by fourteen other Congressmen and endorsed by Rev. Jesse Jackson, the American Civil Libertes Union (ACLU), the League of United Latin American Citizens (LULAC), the National Rainbow Coalition and consumer rights activist Ralph Nader.