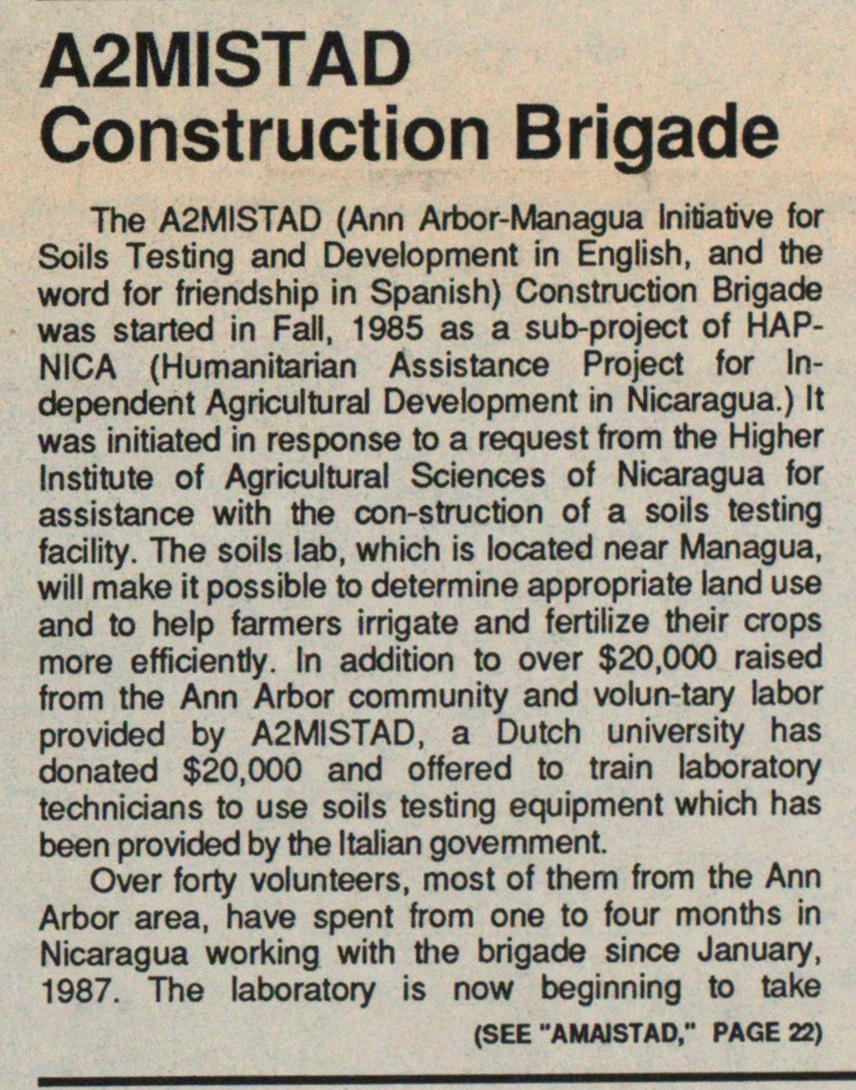 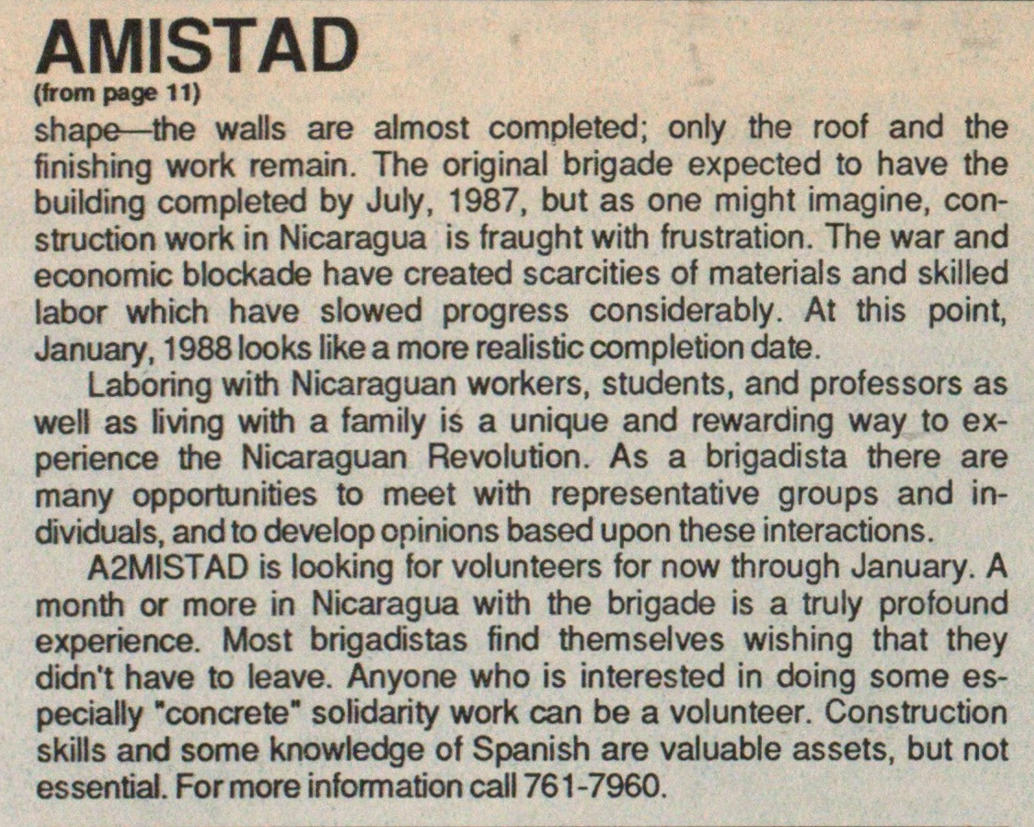 The A2MISTAD (Ann Arbor-Managua Initiative for Soils Testing and Development in English, and the word for friendship in Spanish) Construction Brigade was started in Fall, 1985 as a sub-project of HAPNICA (Humanitarian Assistance Project for Independent Agricultural Development in Nicaragua.) It was initiated in response to a request from the Higher Instituto of Agricultural Sciences of Nicaragua for assistance with the construction of a soils testing facility. The soils lab, which is located near Managua, will make it possible to determine appropriate land use and to help farmers irrigate and fertilize their crops more efficiently. In addition to over $20,000 raised from the Ann Arbor community and voluntary labor provided by A2MISTAD, a Dutch university has donated $20,000 and offered to train laboratory technicians to use soils testing equipment which has been provided by the Italian government.

Over forty volunteers, most of them from the Ann Arbor area, have spent from one to four months in Nicaragua working with the brigade since January, 1987. The laboratory is now beginning to take shape - the walls are almost completed; only the roof and the finishing work remain. The original brigade expected to have the building completed by July, 1987, but as one might imagine, construction work in Nicaragua is fraught with frustration. The war and economic blockade have created scarcities of materials and skilled labor which have slowed progress considerably. At this point, January, 1988 looks like a more realistic completion date.

Laboring with Nicaraguan workers, students, and professors as well as living with a family is a unique and rewarding way to experience the Nicaraguan Revolution. As a brigadista there are many opportunities to meet with representative groups and individuals, and to develop opinions based upon these interactions.

A2MISTAD is looking for volunteers for now through January.  A month or more in Nicaragua with the brigade is a truly profound experience. Most brigadistas find themselves wishing that they didn't have to leave.  Anyone who is interested in doing some especially "concrete" solidarity work can be a volunteer. Construction skills and some knowledge of Spanish are valuable assets, but not essential. For more information cali 761-7960.