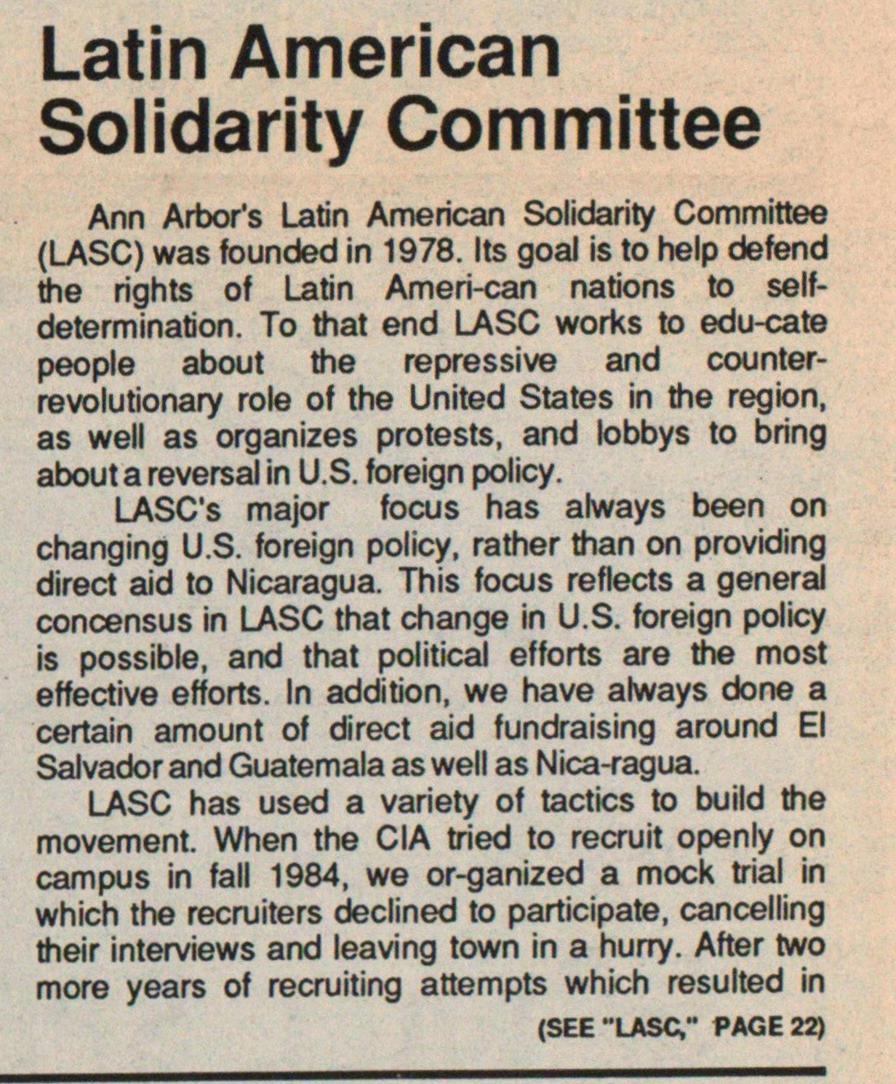 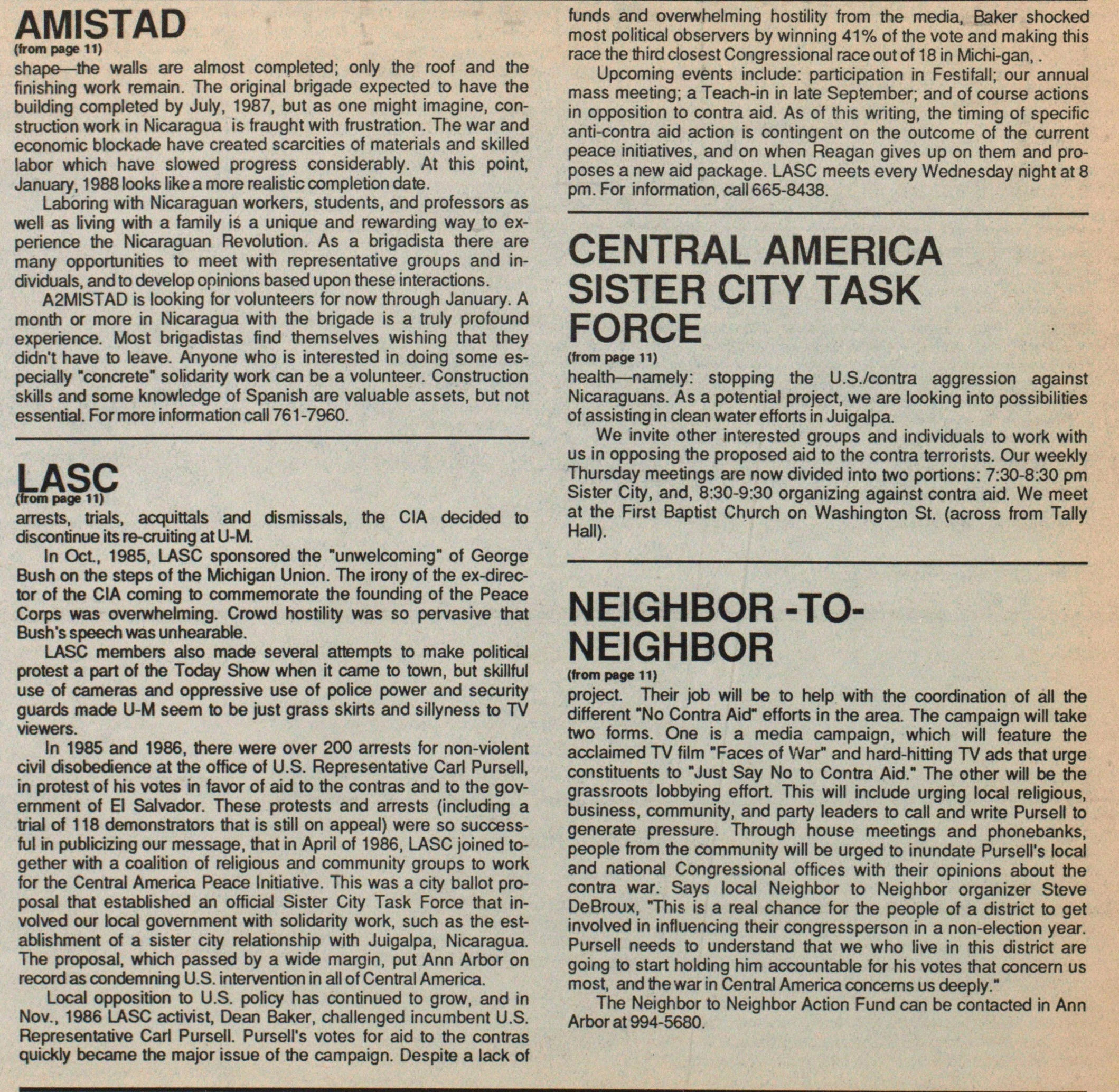 Ann Arbor's Latín American Solidarity Committee (LASC) was founded in 1978. lts goal is to help defend the rights of Latin Ameri-can nations to selfdetermination. To that end LASC works to edu-cate people about the repressive and counterrevolutionary role of the United States in the región, as well as organizes protests, and lobbys to bring about a reversal in U.S. foreign policy. LASC's major focus has always been on changing U.S. foreign policy, rather than on providing direct aid to Nicaragua. This focus reflects a general concensus in LASC that change in U.S. foreign policy is possible, and that politica) efforts are the most effective efforts. In addition, we have always done a certain amount of direct aid fundraising around El Salvador and Guatemala as well as Nica-ragua. LASC has used a variety of tactics to build the movement. When the CIA tried to recruit openly on campus in fall 1984, we or-ganized a mock trial in which the recruiters declined to participate, cancelling their interviews and leaving town in a hurry. After two more years of recruiting attempts which resulted in (SEE "LASC," PAGE 22) LASC (fromp9e11) arrests, trials, acquittals and dismissals, the CIA decided to discontinue its re-caiiting at U-M. In Oct, 1985, LASC sponsored the "unwelcoming" of George Bush on the steps of the Michigan Union. The irony of the ex-director of the CIA coming to commemorate the founding of the Peace Corps was overwhelming. Crowd hostility was so pervasive that Bush's speech was unhearable. LASC members also made several attempts to make political protest a part of the Today Show when it carne to town, but skillful use of cameras and oppressive use of pólice power and security guards made U-M seem to be just grass skirts and sillyness to TV viewers. In 1985 and 1986, there were over 200 arrests for non-violent civil disobedience at the office of U.S. Representative Cari Pursell, in protest of his votes in favor of aid to the contras and to the govemment of El Salvador. These protests and arrests (including a trial of 1 18 demonstrators that is still on appeal) were so successful in publicizing our message, that in April of 1986, LASC joined together with a coalition of religious and community groups to work for the Central America Peace Initiative. This was a city ballot proposal that established an official Sister City Task Force that involved our local govemment with solidarity work, such as the establishment of a sister city relationship with Juigalpa, Nicaragua. The proposal, which passed by a wide margin, put Ann Arbor on record as condemnmg U.S. intervention in all of Central America. Local opposition to U.S. policy has continued to grow, and in Nov., 1986 LASC activist, Dean Baker, challenged incumbent U.S. Representative Cari Pursell. Pursell's votes for aid to the contras quickly became the major issue of the campaign. Despite a lack of funds and overwhelming hostility from the media, Baker shocked most political observers by winning 41% of the vote and making this race the third closest Congressional race out of 1 8 in Michi-gan, . Upcoming events include: participation in Festifall; our annual mass meeting; a Teach-in in late September; and of course actions in opposition to contra aid. As of this writing, the timing of specific anti-contra aid action is contingent on the outcome of the current peace initiatives, and on when Reagan gives up on them and proposes a new aid package. LASC meets every Wednesday night at 8 pm. For information, cali 665-8438.