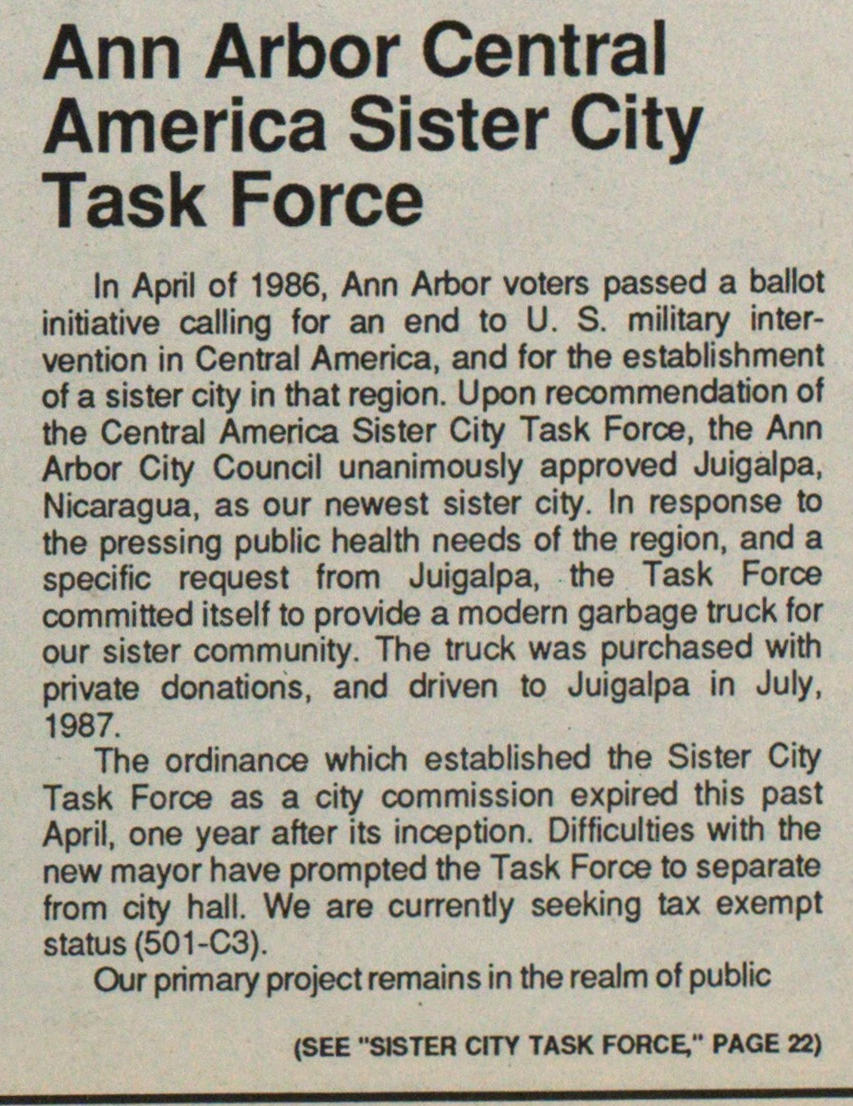 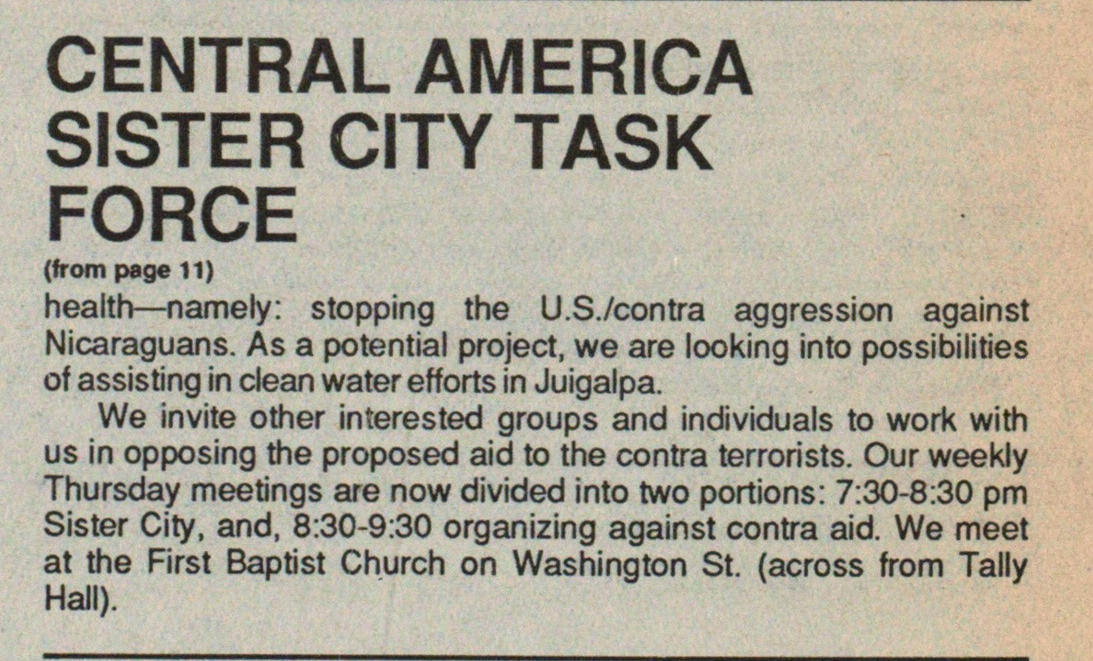 In April of 1986, Ann Arbor voters passed a ballot nitiative calling for an end to U. S. military intervention in Central America, and for the establishment of a sister city in that región. Upon recommendation of the Central America Sister City Task Force, the Ann Arbor City Council unanimously approved Juigalpa, Nicaragua, as our newest sister city. In response to the pressing public health needs of the región, and a specific request from Juigalpa, the Task Force committed itself to provide a modern garbage truck for our sister community. The truck was purchased with private donations, and driven to Juigalpa in July, 1987. The ordinance which established the Sister City Task Force as a city commission expired this past April, one year after its nception. Difficulties with the new mayor have prompted the Task Force to separate from city hall. We are currently seeking tax exempt status (50 1-C3). Our primary project remains in the realm of public (SEE "SISTER CITY TASK FORCE," PAGE 22) CENTRAL AMERICA SISTER CITY TASK FORCÉ (frompageii) health - namely: stopping the U.S.contra aggression against Nicaraguans. As a potential project, we are looking into possibilities of assisting in clean water efforts in Juigalpa. We invite other interested groups and individuals to work with us in opposing the proposed aid to the contra terrorists. Our weekly Thursday meetings are now divided into two portions: 7:30-8:30 pm Sister City, and, 8:30-9:30 organizing against contra aid. We meet at the First Baptist Church on Washington St. (across trom Tally Hall).