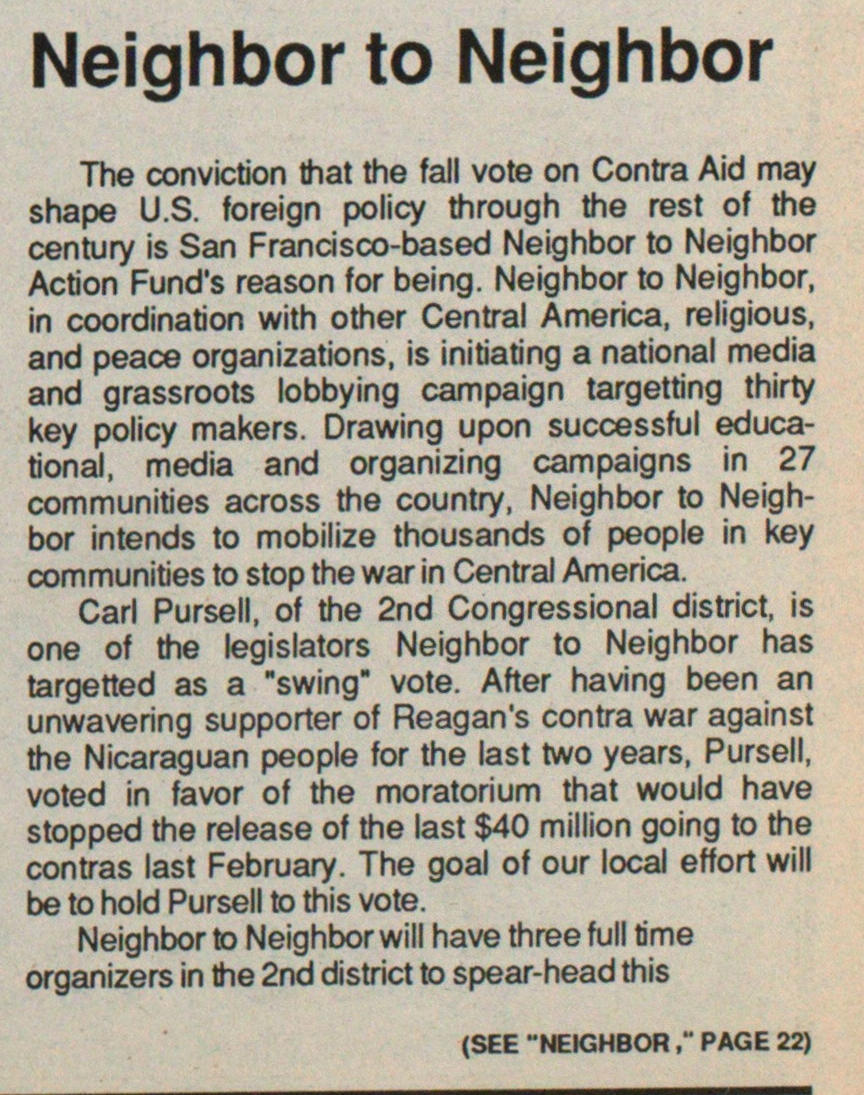 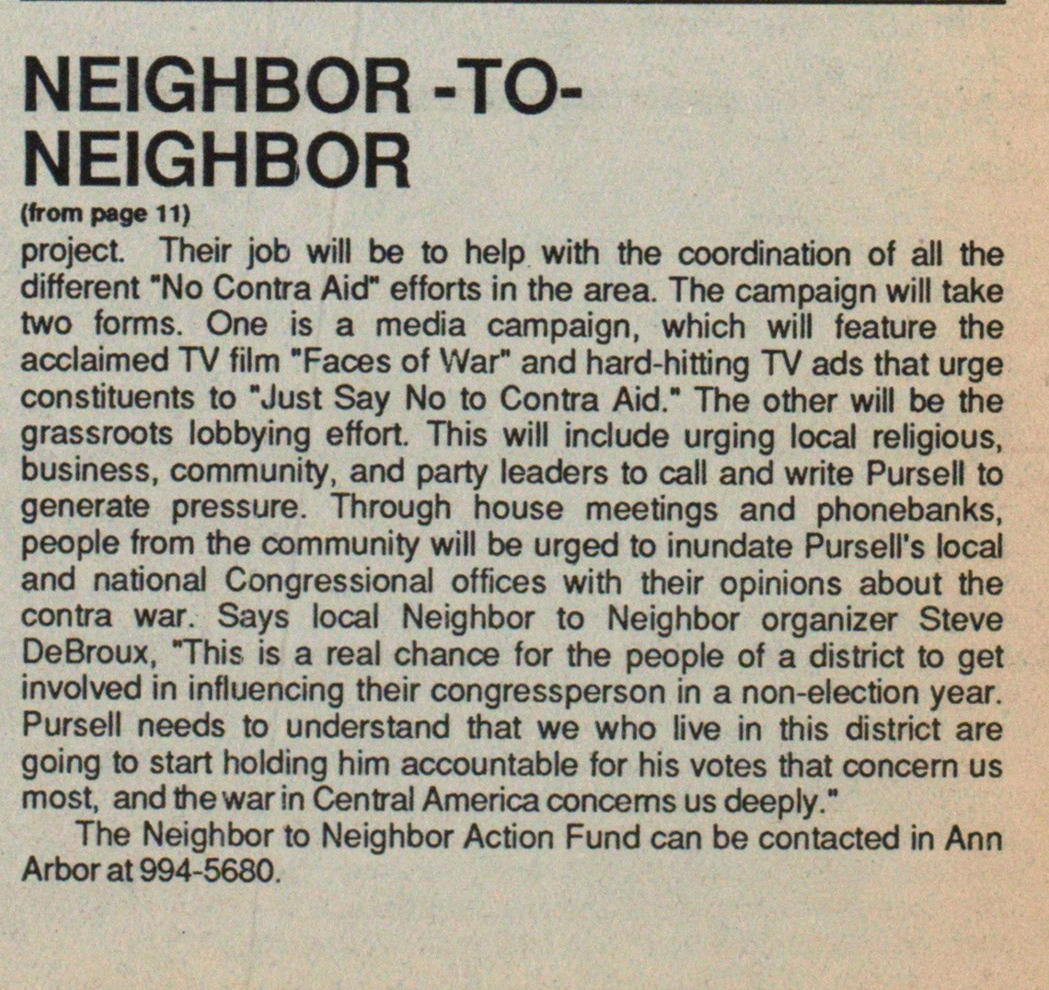 The conviction that the fall vote on Contra Aid may shape U.S. foreign policy through the rest of the century is San Francisco-based Neighbor to Neighbor Action Fund's reason for being. Neighbor to Neighbor, in coordination with other Central America, religious, and peace organizations, is ínítíating a national media and grassroots lobbying campaign targetting thirty key policy makers. Drawing upon successful educational, media and organizing campaigns in 27 communities across the country, Neighbor to Neighbor intends to mobilize thousands of people in key communities to stop the war in Central America. Cari Pursell, of the 2nd Congressional district, is one of the legislators Neighbor to Neighbor has targetted as a "swing" vote. After having been an unwavering supporter of Reagan's contra war against the Nicaraguan people for the last two years, Pursell, voted in favor of the moratorium that would have stopped the release of the last $40 million going to the contras last February. The goal of our local effort will be to hold Pursell to this vote. Neighbor to Neighbor will have three full time organizers in the 2nd district to spear-head this (SEE "NEK3HBOR ," PAGE 22) NEIGHBOR -TONEIGHBOR (from page 11) project. Their job will be to help with the coordination of all the different "No Contra Aid" efforts in the area. The campaign will take two forms. One is a media campaign, which will feature the acclaimed TV film "Faces of War" and hard-hitting TV ads that urge constituents to "Just Say No to Contra Aid." The other will be the grassroots lobbying effort. This will include urging local religious, business, community, and party leaders to cali and write Pursell to genérate pressure. Through house meetings and phonebanks, people from the community will be urged to inúndate Pursell's local and national Congressional offices with their opinions about the contra war. Says local Neighbor to Neighbor organizer Steve DeBroux, This is a real chance for the people of a district to get involved in influencing their congressperson in a non-election year. Pursell needs to onderstand that we who live in this district are going to start holding him accountable for his votes that concern us most, and the war in Central America concerns us deeply." The Neighbor to Neighbor Action Fund can be contacted in Ann Arbor at 994-5680.