Past And Present Blur In An Otherwise Great Script 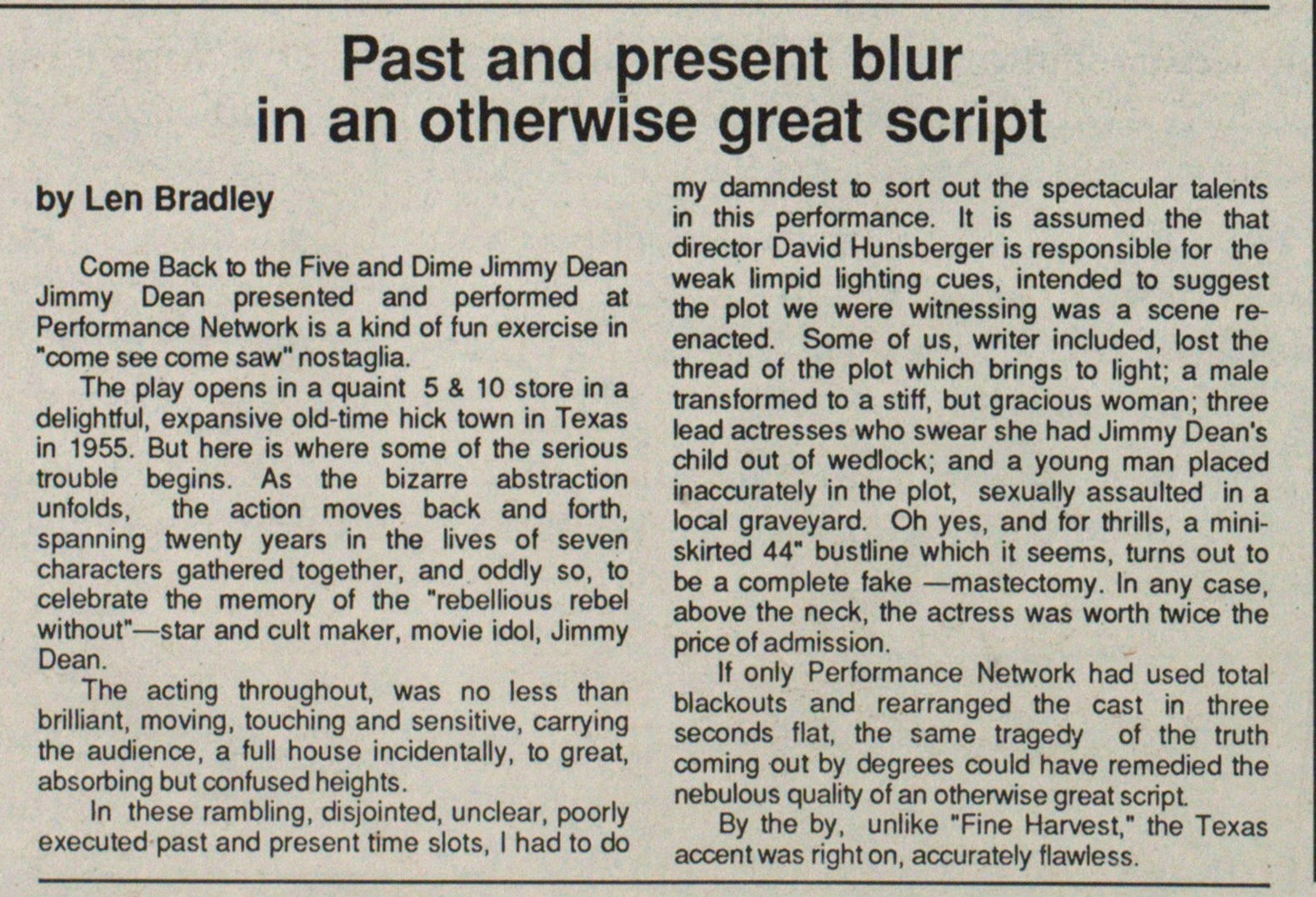 Come Back to the Five and Dime Jimmy Dean Jimmy Dean presented and performed at Performance Network is a kind of fun exercise in "come see come saw" nostaglia.

The play opens in a quaint 5 & 10 store in a delightful, expansive old-time hick town in Texas in 1955. But here is where some of the serious trouble begins. As the bizarre abstraction unfolds, the action moves back and forth, spanning twenty years in the lives of seven characters gathered together, and oddly so, to celebrate the memory of the "rebellious rebel without" - star and cult maker, movie idol, Jimmy Dean.

The acting throughout, was no less than brilliant, moving, touching and sensitive, carrying the audience, a full house incidentally, to great, absorbing but confused heights.

In these rambling, disjointed, unclear, poorly executed past and present time slots, I had to do my damndest lo sort out the spectacular talents in this performance. It is assumed the that director David Hunsberger is responsible tor the weak limpid lighting cues, intended to suggest the plot we were witnessing was a scene reenacted. Some of us, writer included, lost the thread of the plot which brings to light; a male transformed to a stiff, but gracious woman; three lead actresses who swear she had Jimmy Dean's child out of wedlock; and a young man placed inaccurately in the plot, sexually assaulted in a local graveyard. Oh yes, and for thrills, a miniskirted 44" bustline which it seems, turns out to be a complete fake - mastectomy. In any case, above the neck, the actress was worth twice the price of admission.

If only Performance Network had used total blackouts and rearranged the cast in three seconds flat, the same tragedy of the truth coming out by degrees could have remedied the nebulous quality of an otherwise great script

By the by, unlike "Fine Harvest," the Texas accent was right on, accurately flawless.