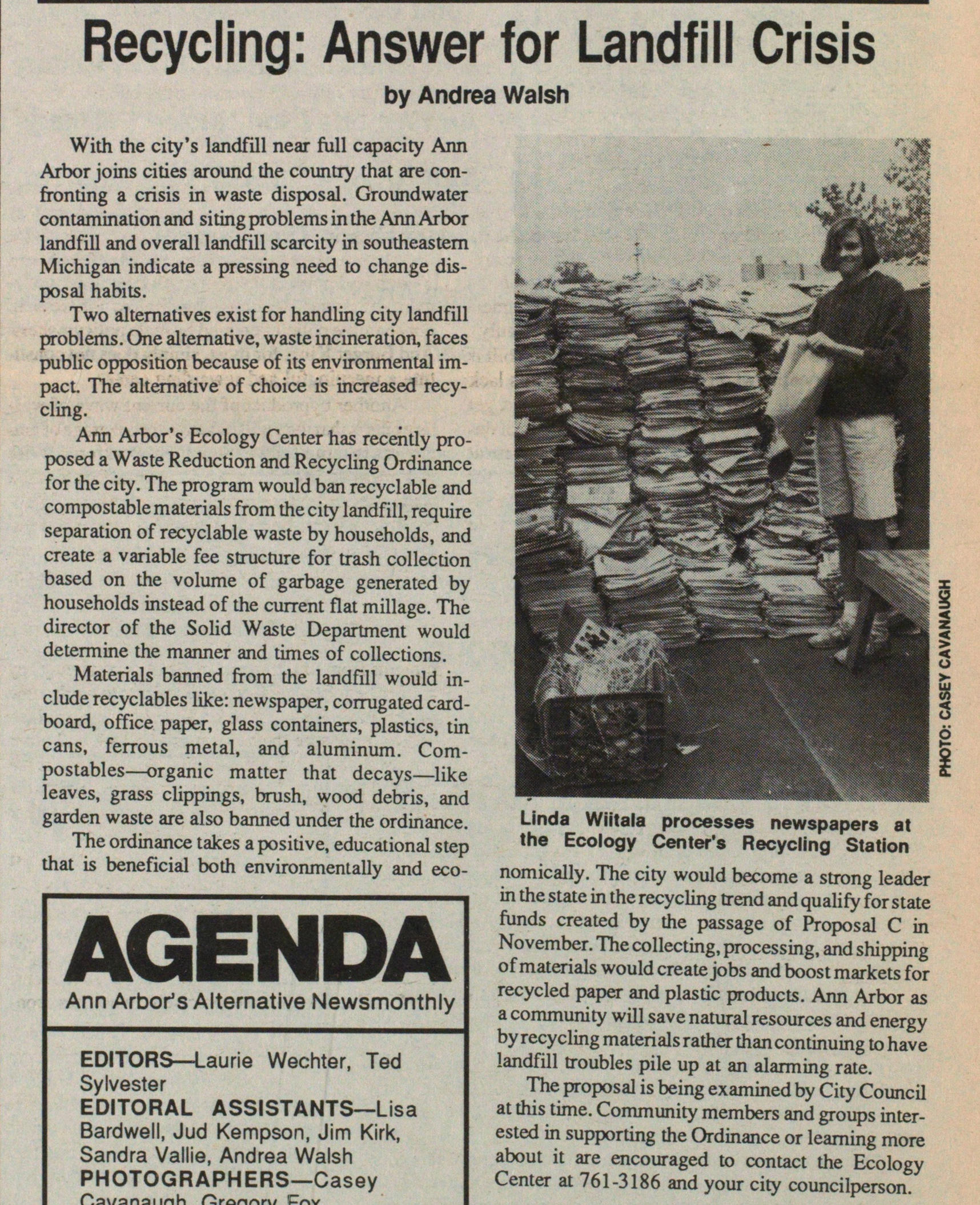 With the city's landfill near full capacity Ann Arbor joins cities around the country that are confronting a crisis in waste disposal. Groundwater contamination and siting problems in the Ann Arbor landfill and overall landfill scarcity in southeastem Michigan indícate a pressing need to change disposal habits. Two alternatives exist for handling city landfill problems. One alternative, waste incineration, faces public opposition because of its environmental impact. The alternative of choice is increased recycling. Ann Arbor' s Ecology Center has recently proposed a Waste Reduction and Recycling Ordinance for the city. The program would ban recyclable and compostable materials from the city landfill, require separation of recyclable waste by households, and créate a variable fee structure for trash collection based on the volume of garbage generated by households instead of the current flat millage. The director of the Solid Waste Department would determine the marmer and times of collections. Materials banned from the landfill would include recyclables like: newspaper, corrugated cardboard, office paper, glass containers, plastics, tin cans, ferrous metal, and aluminum. Compostables - organic matter that decays - like leaves, grass clippings, brush, wood debris, and garden waste are also banned under the ordinance. The ordinance takes a positive, educational step that is benefïcial both environmentally and nomically. The city would become a strong leader in the state in the recycling trend and qualify for state funds created by the passage of Proposal C in November. The collecting, processing, and shipping of materials would créate jobs and boost markets for recycled paper and plastic products. Arm Arbor as a community will save natural resources and energy by recycling materials rather than continuing to have landfill troubles pile up at an alarming rate. The proposal is being examined by City Council at this time. Community members and groups interested in supporting the Ordinance or leaming more about it are encouraged to contact the Ecology Center at 761-3186 and your city councilperson.