U-m "eyes Of The Pentagon" Again 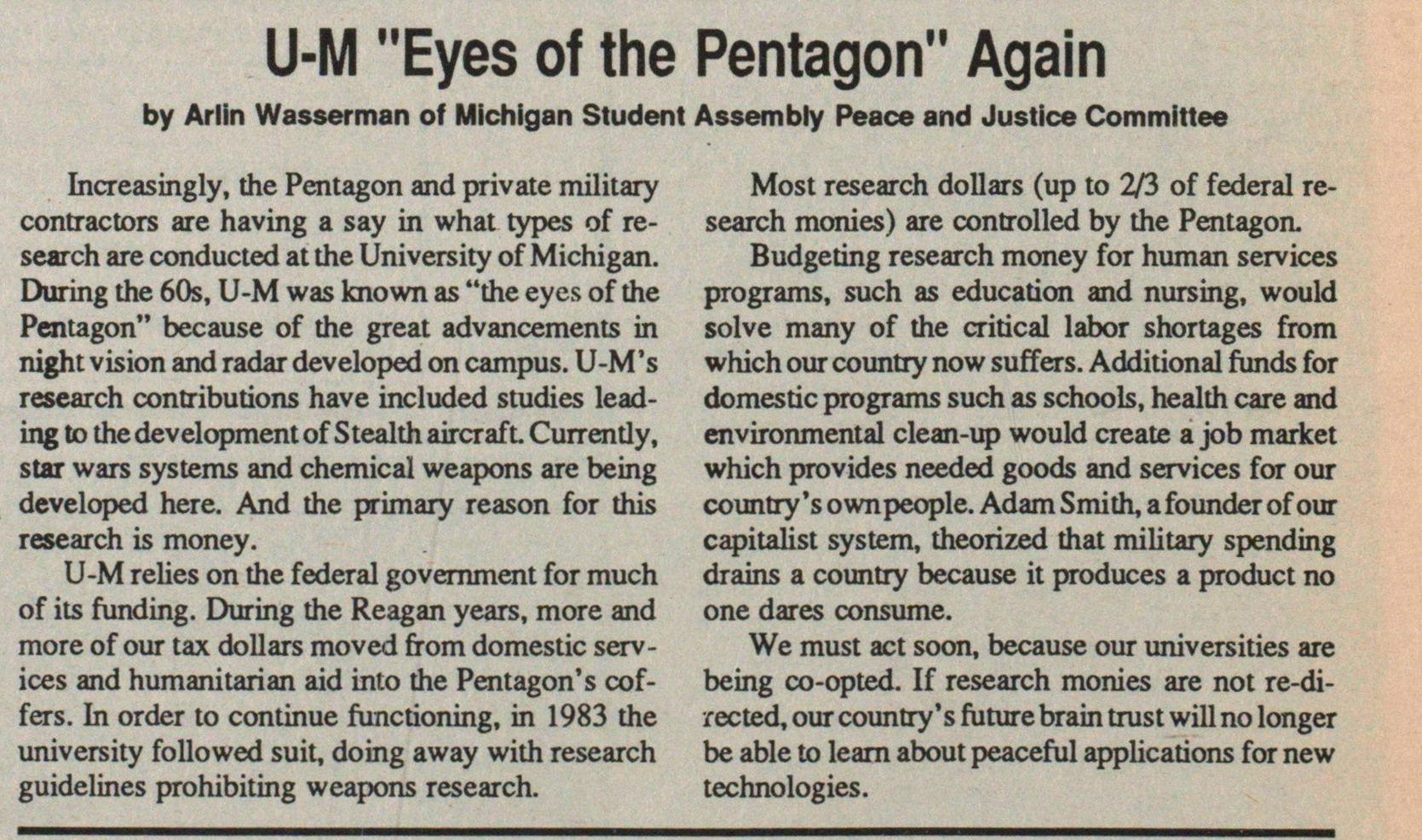 Increasingly, the Pentagon and private military contractors are having a say in what types of research are conducted at the University of Michigan. During the 60s, U-M was known as "the eyes of the Pentagon" because of the great advancements in night visión and radar developed on campus. U-M 's research contributions have included studies leading to the development of Stealth aircraft. Currently, star wars systems and chemical weapons are being developed here. And the primary reason for this research is money. U-M relies on the federal government for much of its funding. During the Reagan years, more and more of our tax dollars moved from domestic services and humanitarian aid into the Pentagon's coffers. In order to continue functioning, in 1983 the university followed suit, doing away with research guidelines prohibiting weapons research. Most research dollars (up to 23 of federal research monies) are controlled by the Pentagon. Budgeting research money for human services programs, such as education and nursing, would solve many of the critical labor shortages from which our country now suffers. Additional funds for domes tic programs such as schools, health care and environmental clean-up would créate a job markct which provides needed goods and services for our country 's ownpeople. Adam Smith, a founder of our capitah'st system, theorized that military spending drains a country because it produces a product no one dares consume. We must act soon, because our universities are being co-opted. If research monies are not re-directed, our country 's future brain trust will no longer be able to learn about peaceful applications for new technologies.