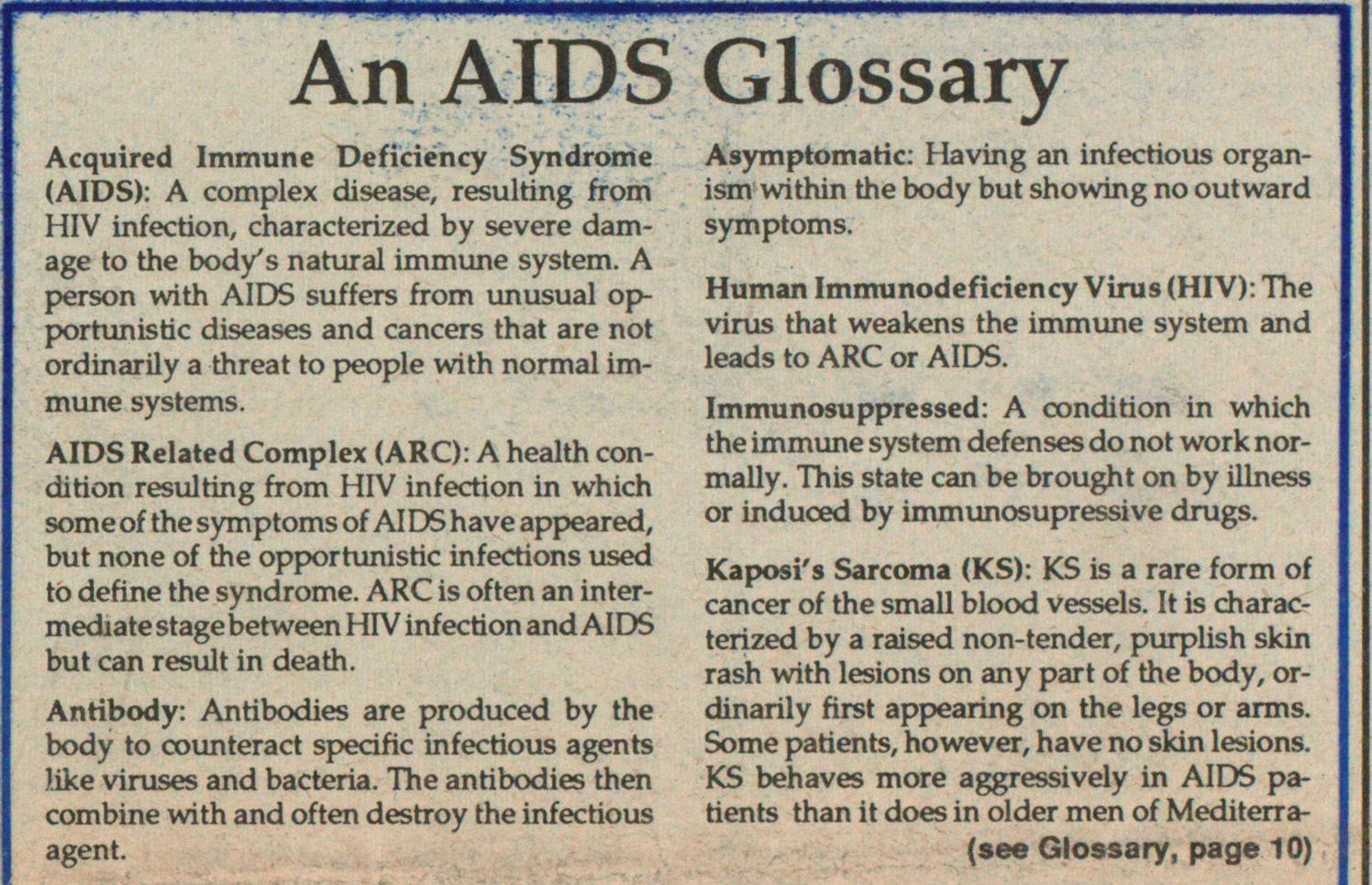 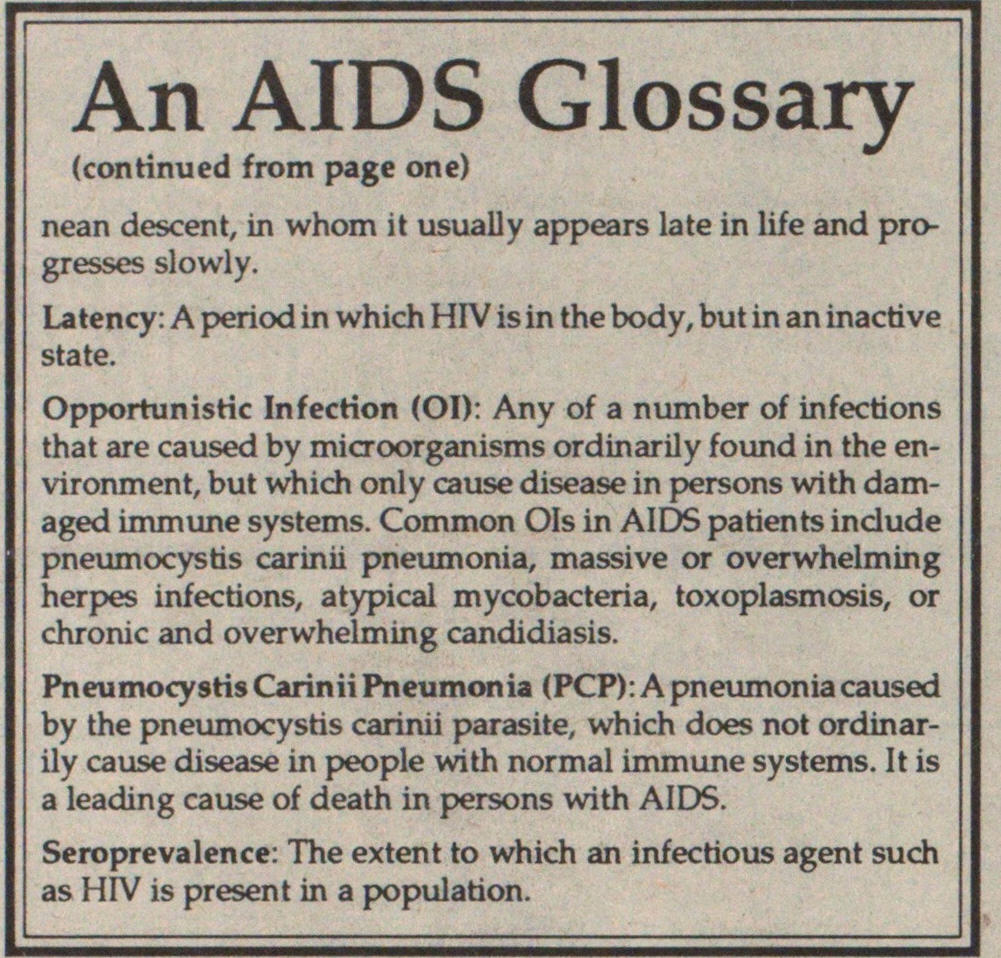 Acquired Immune Dcficiency Syndrome (AIDS): A complex disease, resulting from HIV infection, characterized by severe damage to the body's natural immune system. A person with AIDS suffers from unusual opporrunistic diseases and cancers that are not ordinarily a threat to people with normal immune systems. AIDS Related Complex (ARC): A health condition resulting from HIV infection in which some of the symptoms of AIDS have appeared, but none of the opportunistic infections used tö define the syndrome. ARC is often an intermediatestagebetween HIV infection and AIDS but can result in death. Antibody: Antibodies are produced by the body to counteract spedfic infectious agents like viruses and bacteria. The antibodies then combine with and often destroy the infectious agent. AsymptomaHc: Having an infectious organism within the body but showing no outward symptoms. Human Immunodeficiency Virus (HIV): The virus that weakens the immune system and leads to ARC or AIDS. Immunosuppressed: A condition in which the immune system defenses do not work normally. This state can be brought on by illness or induced by immunosupressive drugs. Ka posi's Sarcoma (KS): KS is a rare form of cáncer of the small blood vessels. It is characterized by a raised non-tender, purplish skin rash with lesions on any part of the body, ordinarily first appearing on the legs or anns. Some patients, however, have no skin lesions. KS behaves more aggressively in AIDS patients than it does in older men of Mediterra(see Glossary, page 10) An AIDS Glossary (continued from page one) nean descent, in whom it usuaJJy appears late in life and progresses slowly. Latency: A period in which HFV is in the body, but in an inactive state. Opportunisric Infection (OI): Any of a number of infections that are caused by microorganisms ordinarüy found in the environment, but which only cause disease in persons with damaged immune systems. Common Oís in AIDS patients include pneumocystis carinü pneumonía, massive or overwhelming herpes infections, atypical mycobacteria, toxoplasmosis, or chronic and overwhelming candidiasis. Pneumocystis Carinii Pncumon ia (PCP): A pneumonía caused by the pneumocystis carinii parasite, which does not ordinarily cause disease in people with normal immune systems. It is a leading cause of death in persons with AIDS. Seroprevalence: The extent to which an infecrious agent such as HIV is present in a population.