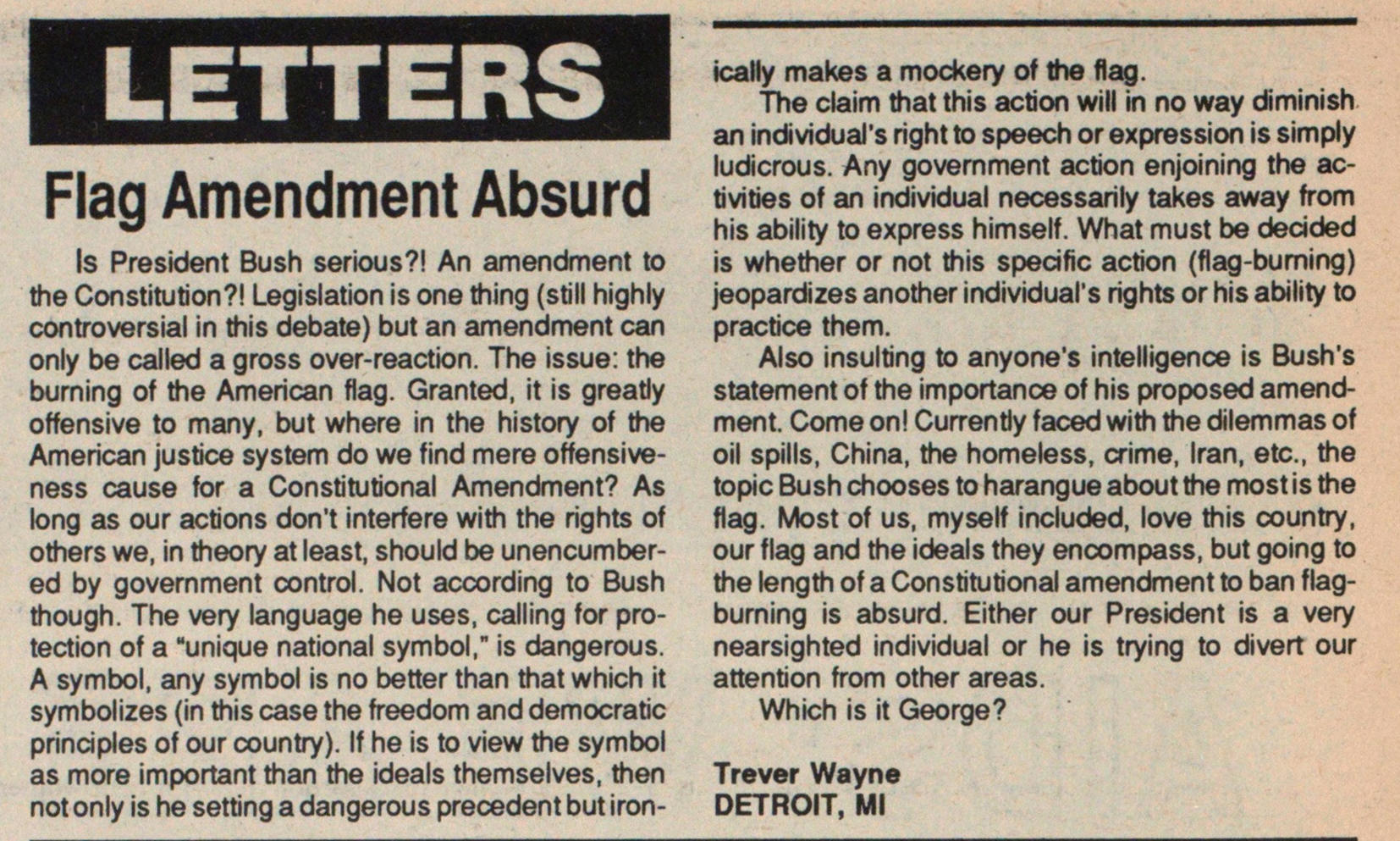 Is President Bush serious?! An amendment to the Constitution?! Legi slation s one thing (still highly controversial n this debate) but an amendment can only be called a gross over-reaction. The issue: the burning of the American flag. Granted, it is greatly offensive to many, but where in the hislory of the American justice system do we find mere offensiveness cause for a Constitutional Amendment? As long as our actions don't interfere with the rights of others we, in theory at least, should be unencumbered by government control. Not according to Bush though. The very language he uses, calling for protection of a "unique national symbol," is dangerous. A symbol, any symbol is no better than that which it symbolizes (in this case the freedom and democratie principies of our country). If he is to view the symbol as more important than the deals themselves, then not only is he setting a dangerous precedent but ically makes a mockery of the flag. The claim that this action will in no way dimimsh an indi vidual's right to speech or expression is sirnply ludicrous. Any government action enjoining the ac tivities of an individual necessaríly takes away from his ability to express himself. What must be decided is whether or not this speafic action (flag-burning) jeopardizes another individuáis rights or his ability to practice them. Also insulling to anyone's intelligence is Bush's statement of the importance of his proposed amendment. Come on! Currently faced with the dilemmas of oil spills, China, the homeless, crime, Iran, etc, the topic Bush chooses to harangue about the most is the flag. Most of us, myself included, love this country, our flag and the ideáis they encompass, but going to the length of a Con stitutional amendment to ban flagburning is absurd. Either our President is a very nearsighted individual or he is trying to divert our attention from other areas. Which is it George?