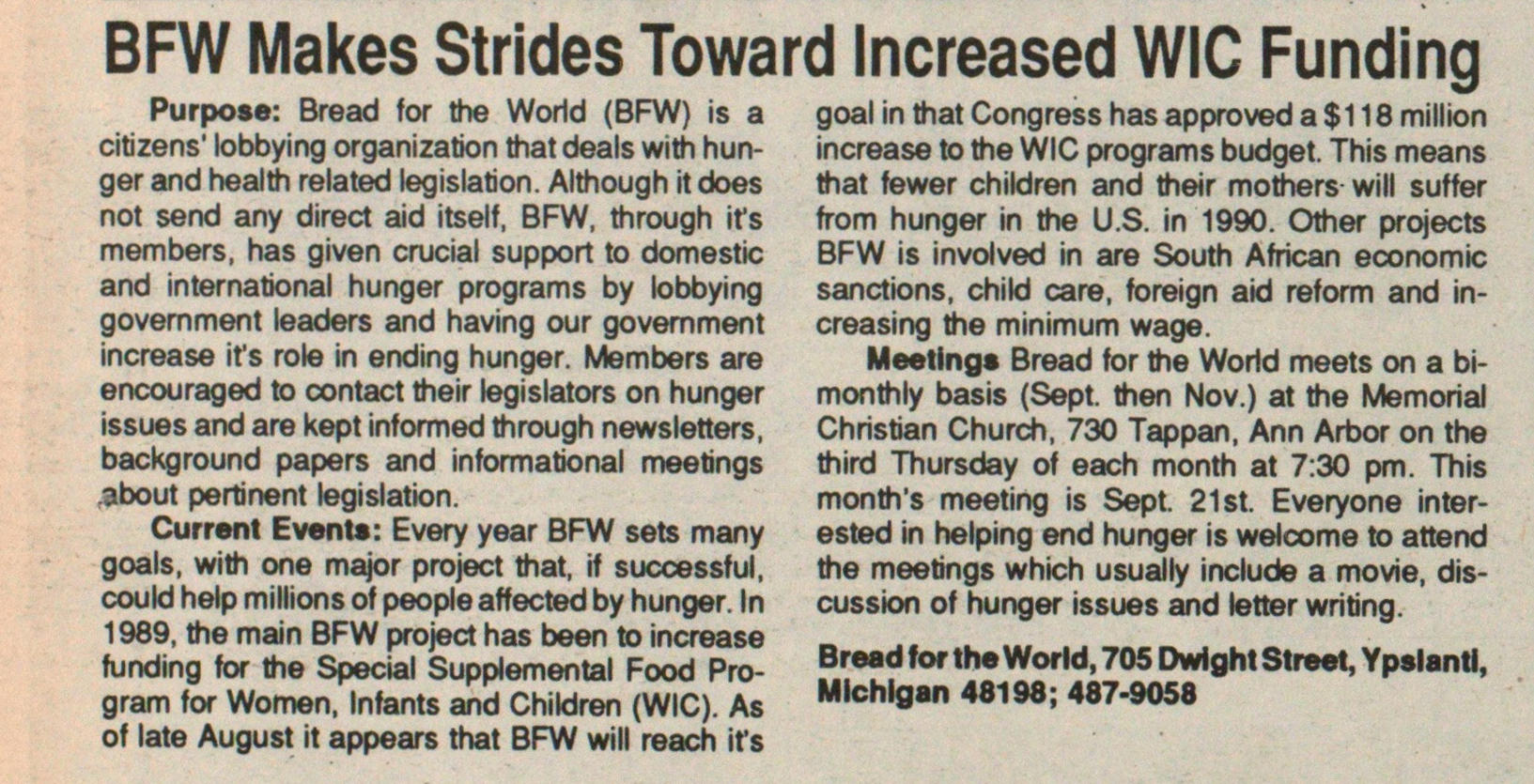 Purpose: Bread for the World (BFW) s a citizens' lobbying organization that deals with hunger and health related legislation. Although it does not send any direct aid itself, BFW, through its members, has given crucial support to domestic and international hunger programs by lobbying government leaders and having our government increase its role in ending hunger. Members are encouraged to contact their legislators on hunger issues and are kept informed through newsletters, background papers and informational meetings about pertinent legislation.

Current Events: Every year BFW sets many goals, with one major project that, if successful, could help millions of people affected by hunger. In 1989, the main BFW project has been to increase funding for the Special Supplemental Food Program for Women, Infants and Children (WIC). As of late August it appears that BFW will reach its goal in that Congress has approved a $118 million increase to the WIC programs budget. This means that fewer children and their mothers will suffer from hunger in the U.S. in 1990. Other projects BFWs involved in are South African economic sanctions, child care, foreign aid reform and increasing the minimum wage.

Meetings Bread for the World meets on a bimonthly basis (Sept. then Nov.) at the Memorial Christian Church, 730 Tappan, Ann Arbor on the third Thursday of each month at 7:30 pm. This month's meeting is Sept. 21st. Everyone interested in helping end hunger is welcome to attend the meetings which usually include a movie, discussion of hunger issues and letter writing. Bread for the World, 705 Dwight Street, Ypsilanti, Michigan 48198; 487-9058