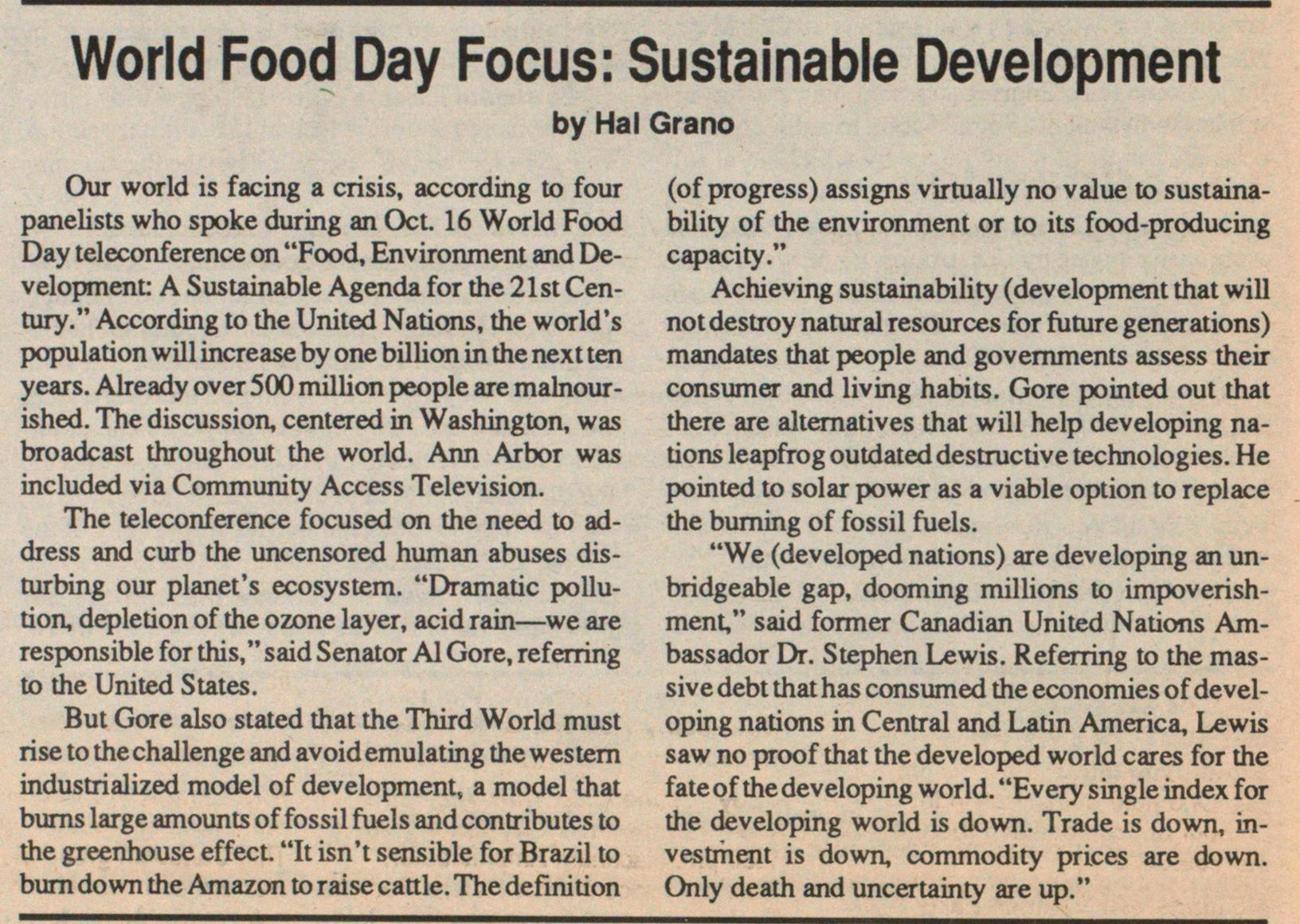 Our world is facing a crisis, according to four panelists who spoke during an Oct. 16 World Food Day teleconference on "Food, Environment and Development A Sustainable Agenda for the 21st Century." According to the United Nations, the world's population will increase by one billion in the next ten years. Already over 500 million people are malnourished. The discussion, centered in Washington, was broadcast throughout the world. Ann Arbor was included via Community Access Televisión. The teleconference focused on the need to address and curb the uncensored human abuses disturbing our planet's ecosystem. "Dramatic pollution, depletion of the ozone layer, acid rain - we are responsible for this," said Senator Al Gore, referring to the United States. But Gore also stated that the Third World must rise to the challenge and avoid emulating the western industrialized model of development, a model that bums large amounts of fossil fuels and contributes to the greenhouse effect. "It isn't sensible for Brazil to burn down the Amazon to raise cattle. The definition (of progress) assigns virtually no valué to sustainability of the environment or to its food-producing capacity." Achieving sustainability (development that will notdestroy natural resources for future generations) mandates that people and govemments assess their consumer and living habits. Gore pointed out that there are altematives that will help developing nations leapfrog outdated destructive technologies. He pointed to solar power as a viable option to replace the buming of fossil fuels. "We (developed nations) are developing an unbridgeable gap, dooming millions to impoverishment," said former Canadian United Nations Ambassador Dr. Stephen Lewis. Referring to the massive debt that has consumed the economies of developing nations in Central and Latin America, Lewis saw no proof that the developed world cares for the fate of the developing world. "Every single index for the developing world is down. Trade is down, investrhent is down, commodity prices are down. Only death and uncertainty are up."