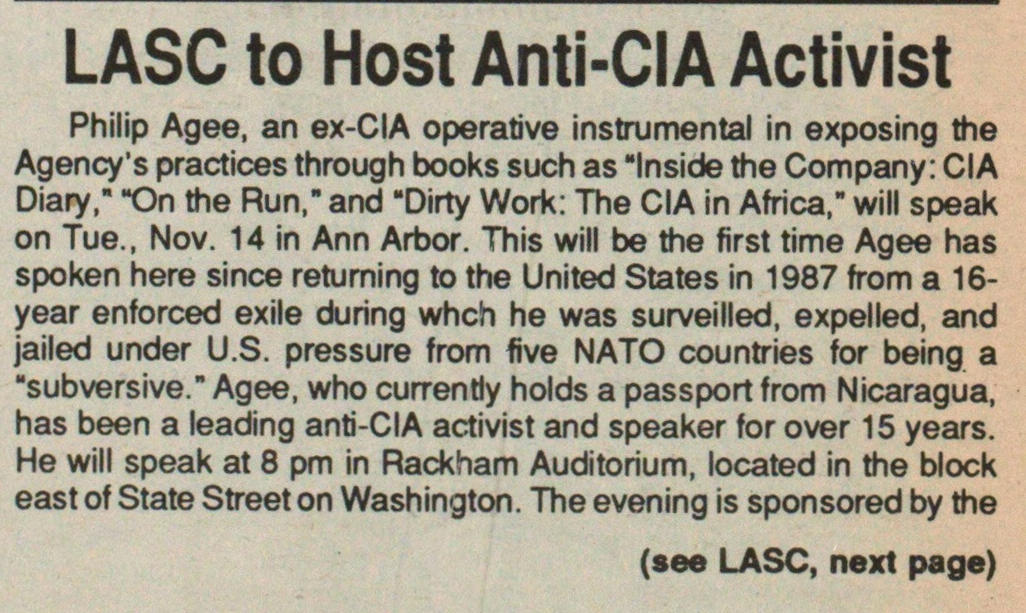 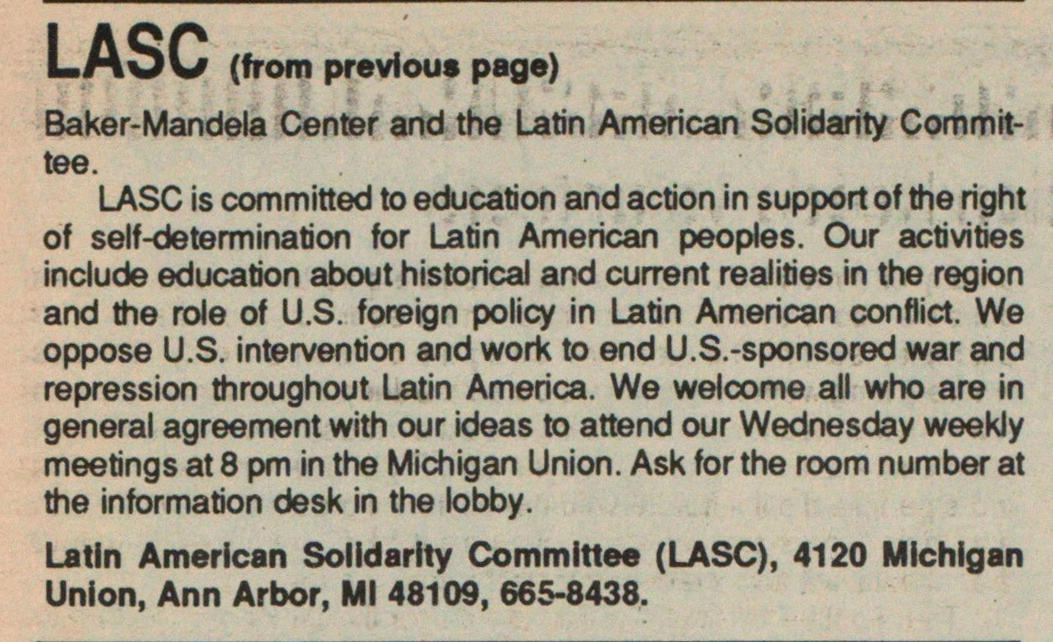 Philip Agee, an ex-CIA operativa instrumental in exposing the Agency's practices through books such as "Inside the Company: CIA Diary," "On the Run," and "Dirty Work: The CIA in África," will speak on Tue., Nov. 14 in Ann Arbor. This will be the first time Agee has spoken here since returning to the United States in 1987 from a 16year enforced exile during whch he was surveilled, expelled, and jailed under U.S. pressure from five NATO countries for being a "subversive." Agee, who currently holds a passport from Nicaragua, has been a leading anti CIA activist and speaker for over 15 years. He will speak at 8 pm in Rackham Auditorium, located in the block east of State Street on Washington. The evening is sponsored by the (see LASC, next page) L A O v (trom previ ous page) Baker-Mandela Center and the Latín American Solidarity Committee. LASC is committed to education and action in support of the right of self-determination for Latín American peoples Our activities include education about historical and current realities in the región and the role of U.S. foreign policy in Latin American conflict. We oppose U.S. intervention and work to end U.S.-sponsored war and repression throughout Latin America. We welcome all who are in general agreement with our ideas to attend our Wednesday weekly meetings at 8 pm in the Michigan Union. Ask for the room number at the information desk in the lobby. Latin American Solidarity Committee (LASC), 4120 Michigan Union, Ann Arbor, Mt 48109, 665-8438.