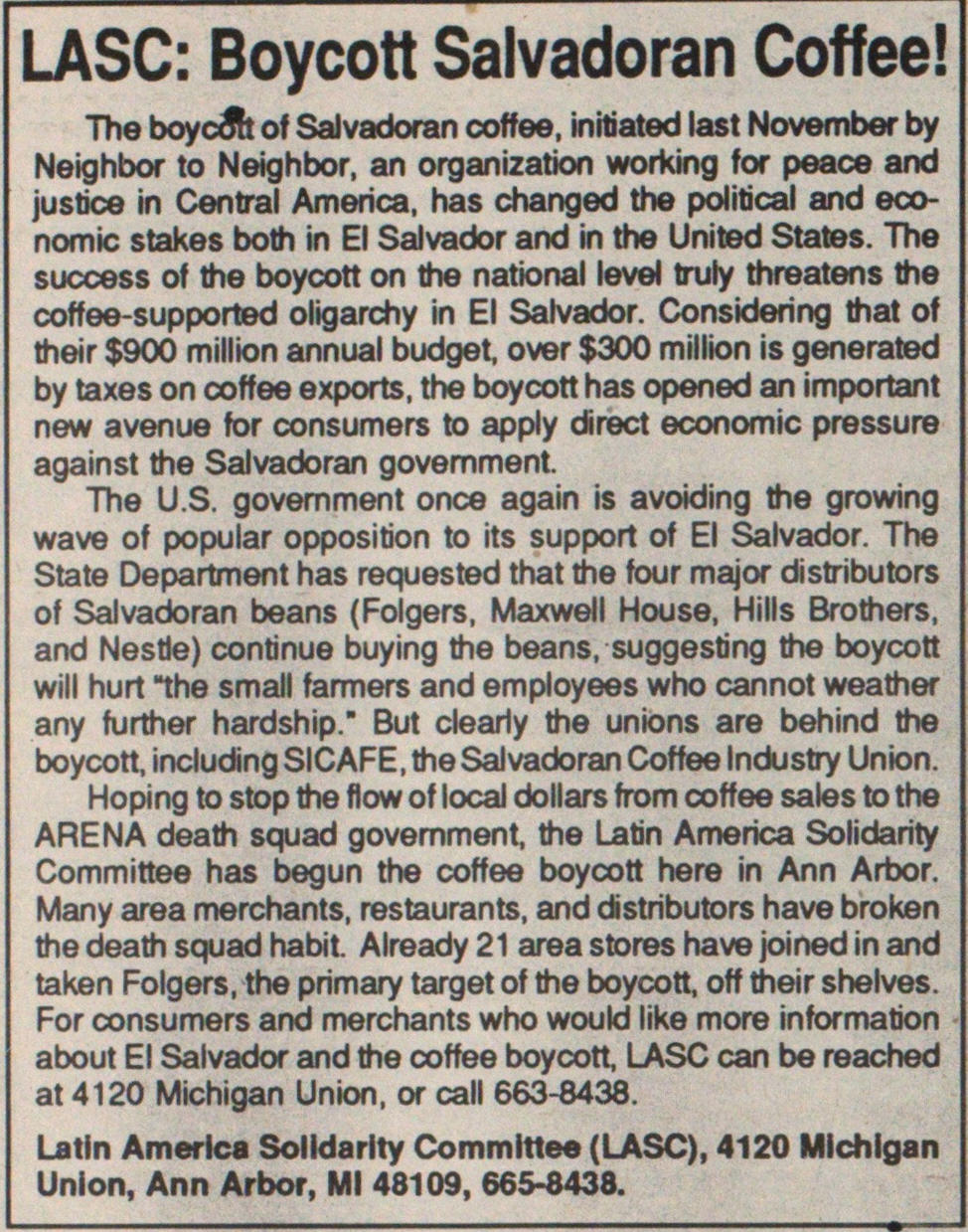 The boyaflt of Salvadoran cotfee, nitiated last November by Neighbor to Neighbor, an organizaron working for peace and justice ín Central America, has changed the political and economie stakes both in El Salvador and in the United States. The success of the boycott on the national leve) truly threatens the coffee-supported oligarchy in El Salvador. Considering that of their $900 million annual budget, over $300 million is generated by taxes on coffee exports, the boycott has opened an important new avenue for consumers to apply direct economie pressure against the Salvadoran govemment. The U.S. government once again is avoiding the growing wave of popular opposition to its support of El Salvador. The State Department has requested that the tour major distributors of Salvadoran beans (Folgers, Maxwell House, Hills Brothers, and Nestle) continue buying the beans, suggesting the boycott will hurt the small farmers and employees who cannot weather any further hardship." But cleariy the unions are behind the boycott, including SICAFE, the Salvadoran Coffee Industry Union. Hoping to stop the flow of local dollars trom coffee sales to the ARENA death squad government, the Latín America Solidarity Committee has begun the coffee boycott here in Ann Arbor. Many area merchants, restaurants, and distributors have broken the death squad habit. Already 21 area stores have joined in and taken Folgers, the primary target of the boycott, off their shelves. For consumers and merchants who would like more information about El Salvador and the coffee boycott, LASC can be reached at 4120 Michigan Union, or cali 663-8438. Latin America Solidarity Committee (LASC), 4120 Michigan Union, Ann Arbor, Ml 48109, 665-8438.