So Long, Day One 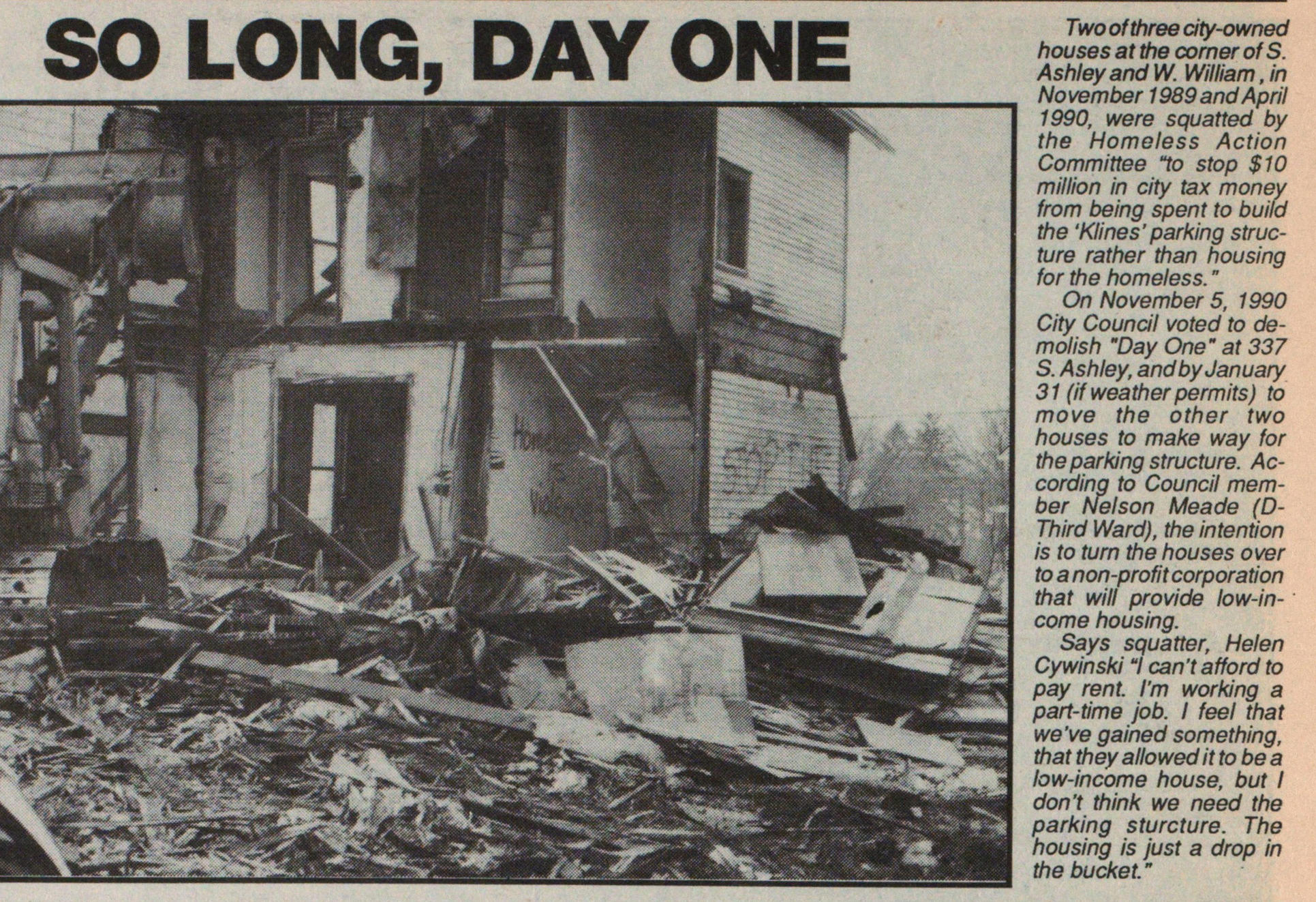 Two ofthree áty-owned houses at the corner ofS. AshleyandW. Williamjn November 1989 and April 1990, were squatted by the Homeless Action Committee to stop $10 million in city tax money from being spent to buifd the 'Klines' parking structure rather than housing for the homeless. " On November 5, 1990 City Coundl voted to demolish "Day One" at 337 S. Ashley, andbyJanuary 31 (f weather permits) to move the other two houses to make way for the parking structure. According to Coundl member Nelson Meade (DThird Ward), the intention is to turn the houses over to a non-profit Corporation that will provide low-income housing. Says squatter, Helen Cywinski "I can'tafford to pay rent. l'm working a part-time job. I feel that we've gained something, that they allowed it to be a low-income house, but I don 't think we need the parking sturcture. The housing is just a drop in the bucket."