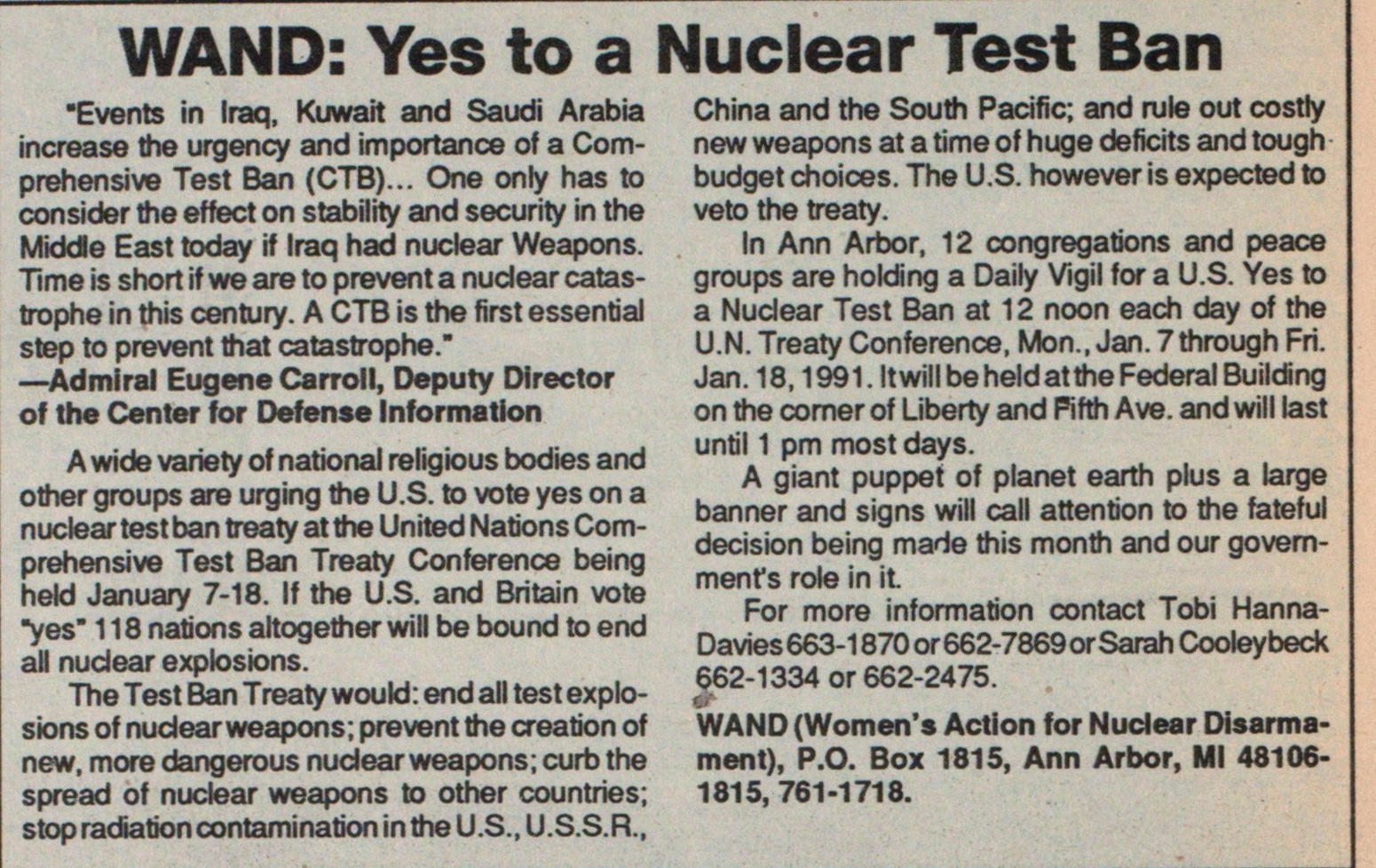 'Events in Iraq, Kuwait and Saudi Arabia increase the urgency and importance of a Comprehensive Test Ban (CTB)... One only has to consider the effect on stability and security in the Middle East today if Iraq had nuclear Weapons. Time is short if we are to prevent a nuclear catastrophe in this century. A CTB is the first essential step to prevent that catastrophe." - Admiral Eugene Carroll, Deputy Director of the Center for Defense Information

A wide variety of national religious bodies and other groups are urging the U.S. to vote yes on a nuclear test ban treaty at the United Nations Comprehensive Test Ban Treaty Conference being held January 7 - 18. If the U.S. and Britain vote "yes" 118 nations altogether will be bound to end all nuclear explosions.

The Test Ban Treaty would: end all test explosions of nuclear weapons; prevent the creation of new, more dangerous nuclear weapons; curb the spread of nuclear weapons to other countries; stop radiation contamination in the U.S., USSR., China and the South Pacific; and rule out costly new weapons at a time of huge deficits and tough budget choices. The U.S. however is expected to veto the treaty.

In Ann Arbor, 12 congregations and peace groups are holding a Daily Vigil for a U.S. Yes to a Nuclear Test Ban at 1  noon each day of the U.N. Treaty Conference, Mon., Jan. 7 through Fri. Jan. 18, 1991. It will be held at the Federal Building on the corner of Liberty and Fifth Ave. and will last until 1 pm most days.

A giant puppet of planet earth plus a large banner and signs will call attention to the fateful decision being made this month and our government's role in it. For more information contact Tobi Hanna-Davies 663-1870 or 662-7869 or Sarah Cooleybeck 662-1334 or 662-2475.