Take Back The Airwaves 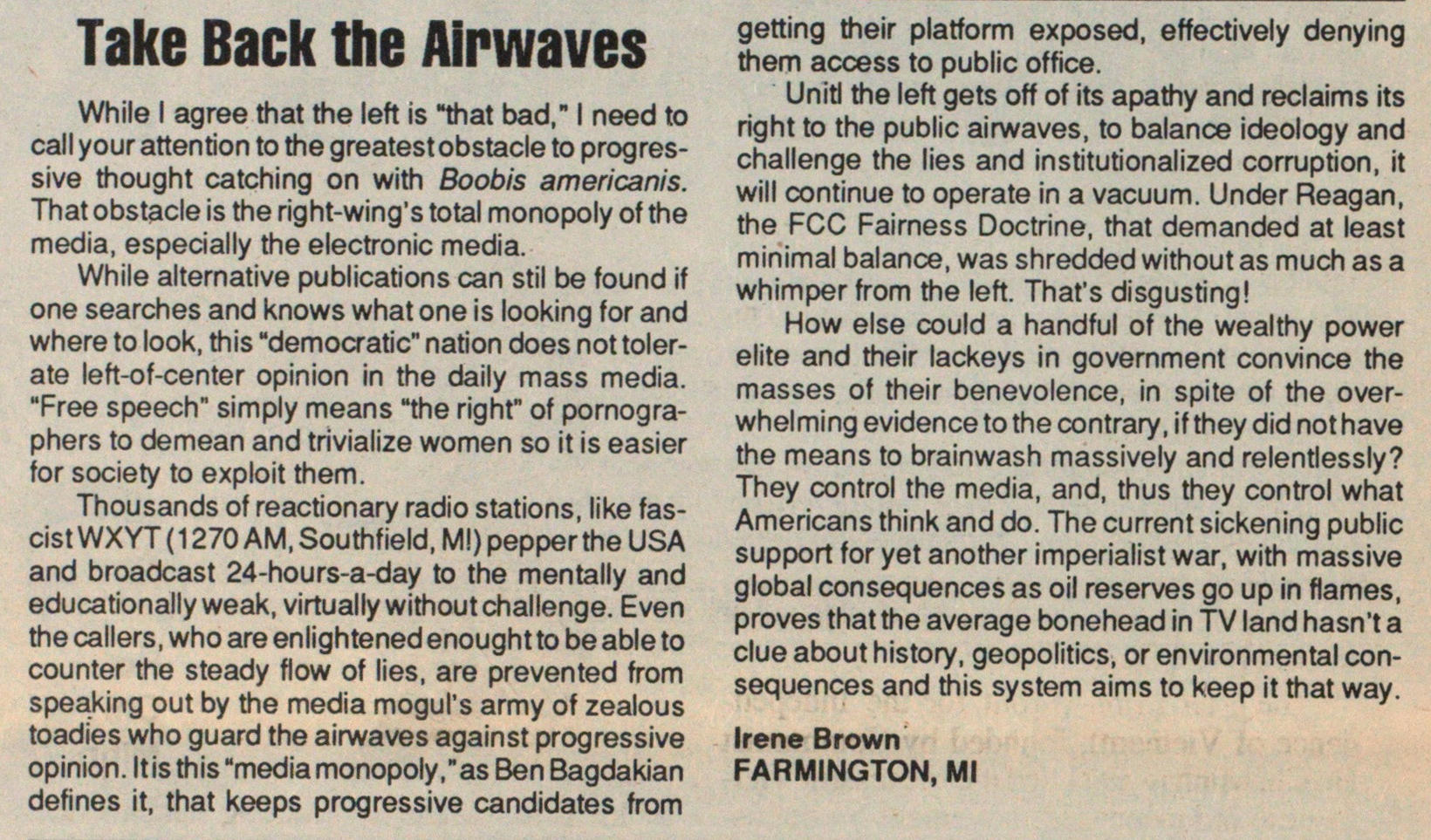 While I agree that the left is "that bad," I need to cali your attention to the greatestobstacle to progressive thought catching on with Boobis americanis. Thatobstacle is the right-wing's total monopoly of the media, especially the electronic media. While alternative publications can stil be found f one searches and knows what one is looking for and where to look, this "democratie" nation does not tolérate left-of-center opinión in the daily mass media. "Free speech" simply means "the right" of pornographers to demean and trivialize women so it is easier for society to exploit them. Thousands of reactionary radio stations, like fascist WXYT ( 1 270 AM, Southf ield, M!) pepper the USA and broadcast 24-hours-a-day to the mentally and educationally weak, virtually without challenge. Even the callers, who are enlightened enought to be able to counter the steady flow of lies, are prevented from speaking out by the media mogul's army of zealous toadies who guard the airwaves against progressive opinión. It is this "media monopoly , "as Ben Bagdakian defines it, that keeps progressive candidates from gettjng their platform exposed, effectively denying them access to public office. Unitl the left gets off of its apathy and reclaims its right to the public airwaves, to balance ideology and challenge the lies and institutionalized corruption, it will continue to opérate in a vacuüm. Under Reagan, the FCC Fairness Doctrine, that demanded at least minimal balance, was shredded without as much as a whimper from the left. That's disgusting! How else could a handful of the wealthy power elite and their lackeys in government convince the masses of their benevolence, in spite of the overwhelming evidence to the contrary , f they did not have the means to brainwash massively and relentlessly? They control the media, and, thus they control what Americans think and do. The current sickening public support for yet another imperialist war, with massive global consequences as oil reserves go up in flames, proves that the average bonehead in TV land hasn't a clue about history, geopolitics, or environmental consequences and this system aims to keep it that way.