NOW To Honor Feminists Of The Year 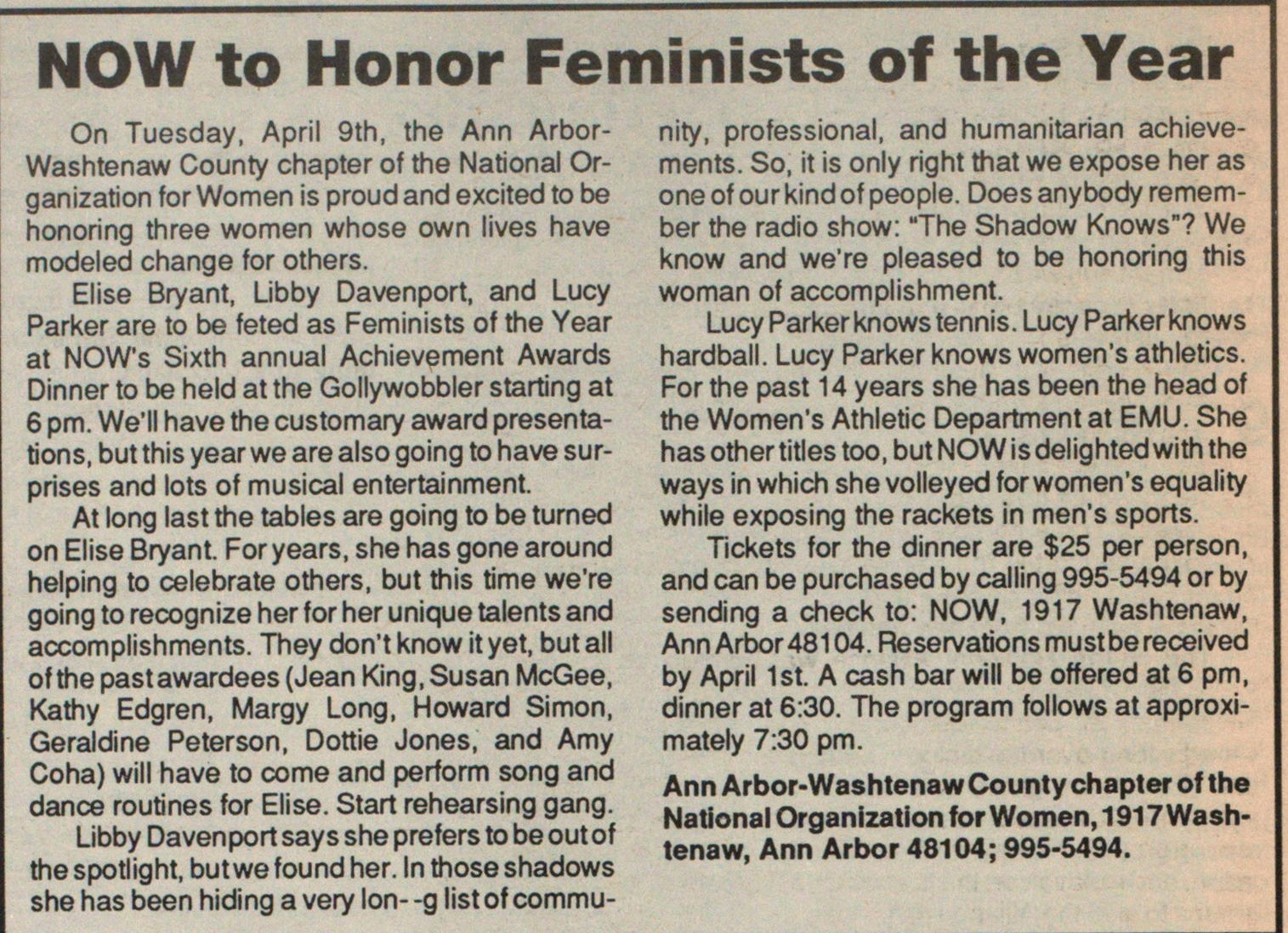 NOW to Honor Feminists of the Year

On Tuesday, April 9th, the Ann ArborWashtenaw County chapter of the National Organization for Women is proud and excited to be honoring three women whose own lives have modeled change for others.

Elise Bryant, Libby Davenport, and Lucy Parker are to be feted as Feminists of the Year at NOW's Sixth annual Achievement Awards Dinner to be held at the Gollywobbler starting at 6 pm. We'll have the customary award presentations, but this year we are also going to have surprises and lots of musical entertainment.

At long last the tables are going to be turned on Elise Bryant. For years, she has gone around helping to celebrate others, but this time we're going to recognize her for her unique talents and accomplishments. They don't know it yet, but all of the past awardees (Jean King, Susan McGee, Kathy Edgren, Margy Long, Howard Simon, Geraldine Peterson, Dottie Jones, and Amy Coha) will have to come and perform song and dance routines for Elise. Start rehearsing gang.

Libby Davenport says she prefers to be out of the spotlight, but we found her. In those shadows she has been hiding a very long list of community, professional, and humanitarian achievements. So, it is only right that we expose her as one of our kind of people. Does anybody remember the radio show: "The Shadow Knows"? We know and we're pleased to be honoring this woman of accomplishment.

Lucy Parker knows tennis. Lucy Parker knows hardball. Lucy Parker knows women's athletics. For the past 14 years she has been the head of the Women's Athletic Department at EMU. She has other titles too. but NOW is delighted with the ways in which she volleyed for women's equality while exposing the rackets in men's sports.