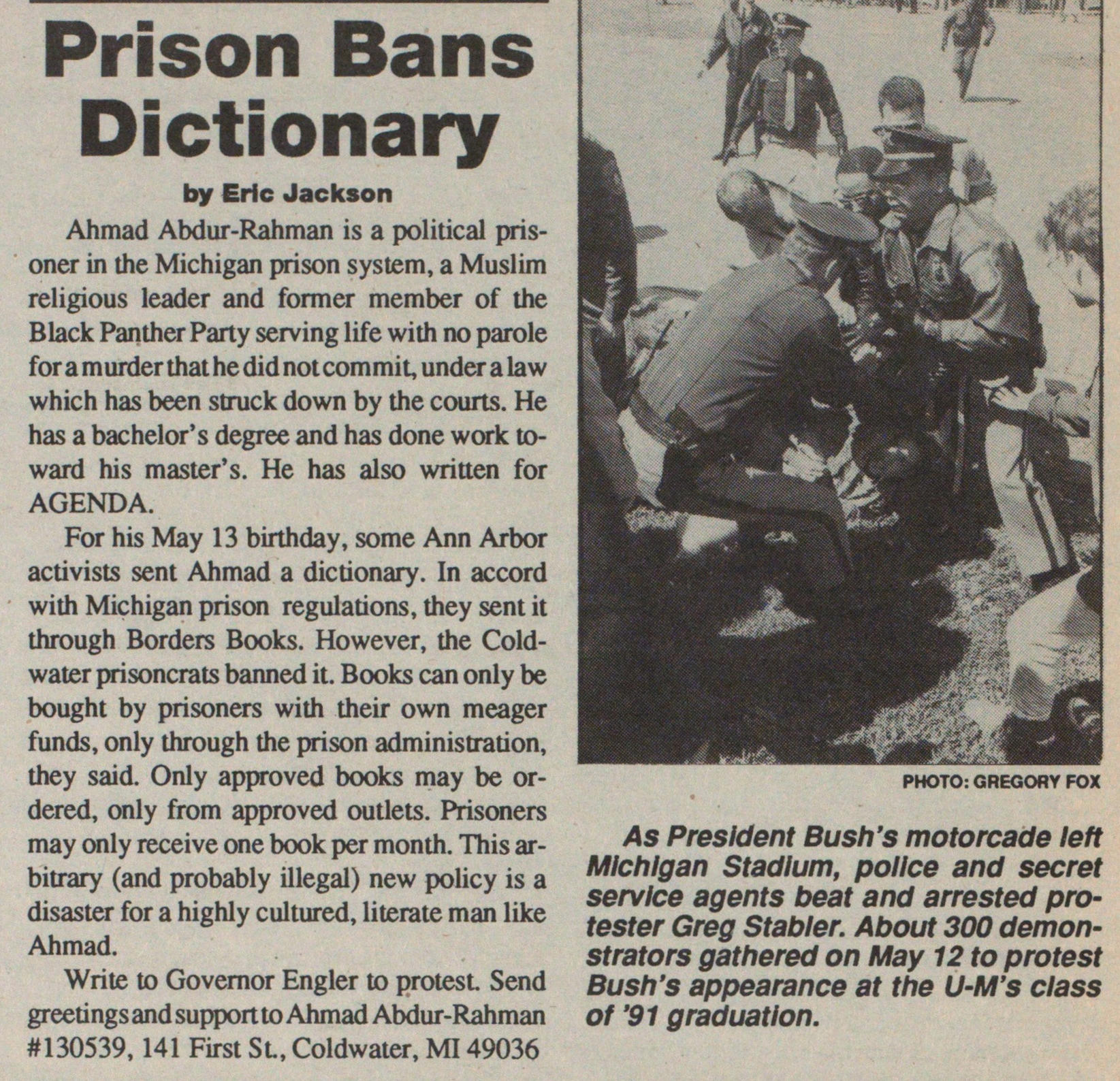 Ahmad Abdur-Rahman is a political prisoner in the Michigan prison system, a Muslim religious leader and former member of the Black Panther Party serving life with no parole for a murder that he did not commit, under a law which has been struck down by the courts. He has a bachelor' s degree and has done work toward his master's. He has also written for AGENDA. For his May 13 birthday, some Ann Arbor activists sent Ahmad a dictionary. In accord with Michigan prison regulations, they sent it through Borders Books. However, the Coldwater prisoncrats banned it. Books can only be bought by prisoners with their own meager funds, only through the prison administration, they said. Only approved books may be ordered, only from approved outlets. Prisoners may only receive one book per month. This arbitrary (and probably illegal) new policy is a disaster for a highly cultured, literate man like Ahmad. Write to Govemor Engler to protesL Send greetings and support to Ahmad Abdur-Rahman #130539, 141 First St, Coldwater, MI 49036