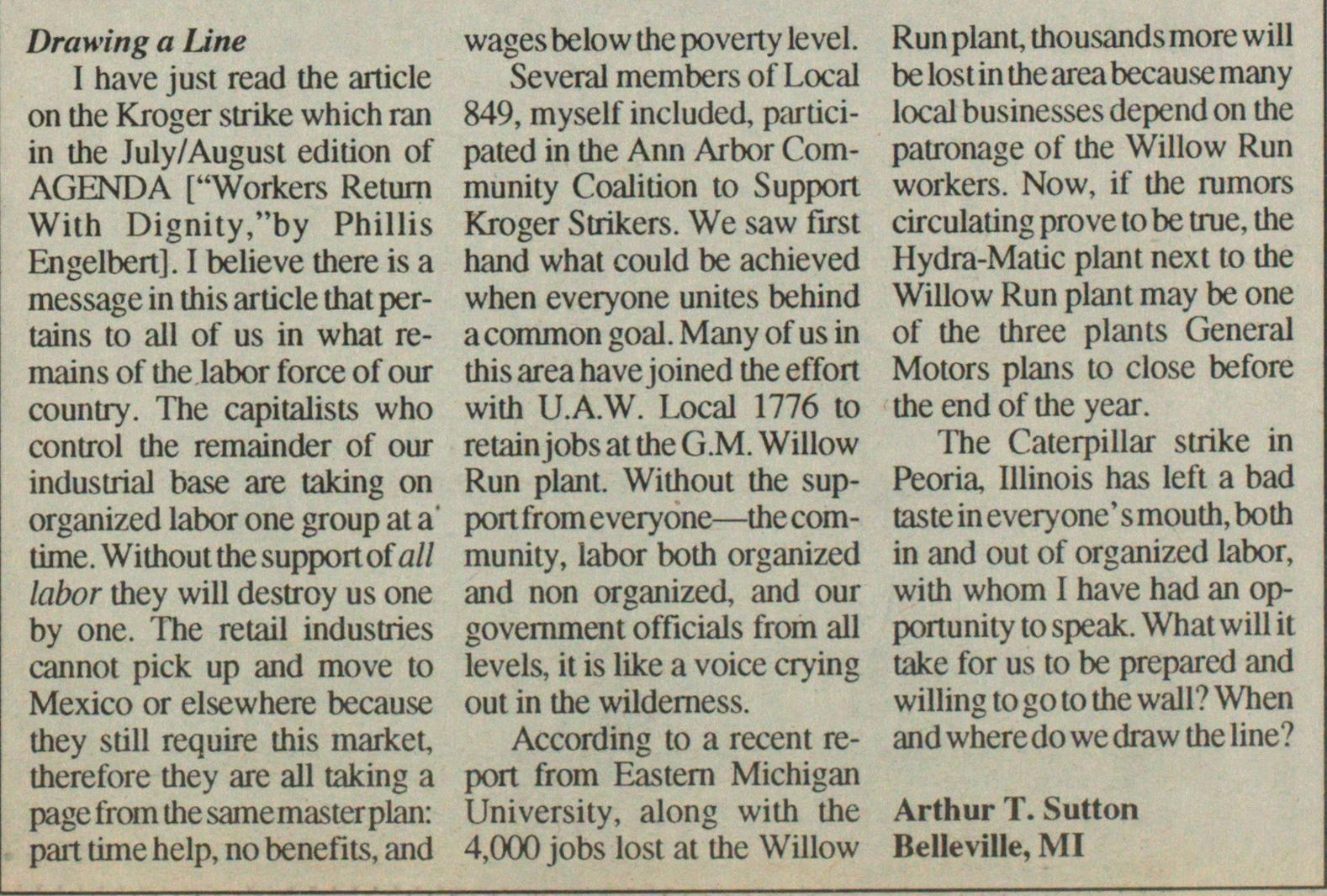 I have just read the article on the Kroger strike which ran in the July/August edition of AGENDA ["Workers Return With Dignity, "by Phillis Engelbert]. I believe there is a message in this article that pertains to all of su in what remains of the labor force of our country. The capitalists who control the remainder of our industrial base are taking on organized labor noe group at a time. Without the support of all labor they will destroy us one by one. The retail industries cannot pick up and move to Mexico or elsewhere because they still require this markey, therefore they are all taking a page from the same master plan: part time help, no benefits, and wages below the poverty level.

Several members of Local 849, myself included, participated in the Ann Arbor Community Coalition to Support Kroger Strikers. We saw first hand what could be achieved when everyone unites behind a common goal. Many of us in this area have joined the effort with U. A. W. Local 1776 to retain jobs at the G. M. Willow Run plant. Without the support from everyone-the community, labor both organized, and our government officials from all levels, it is like a voice crying out in the wilderness.

According to a recent report from Eastern Michigan University, along with the 4,000 jobs lost at the Willow Run plant, thousands more will be lost in the area because many local businesses depend on the patronage of the Willow Run workers. Now, if the rumors circulating prove to be true, the Hydra-Matic plant next to the Willow Run plant may be one of the three plants to close before the end of the year.

The Caterpillar strike in Peoria, Illinois has left a bad taste in everyone's mouth, both in and out of organized labor, with whom I have had an opportunity to speak. What will it take for us to be prepared and willing to go to the wall? When and where do we draw the line?