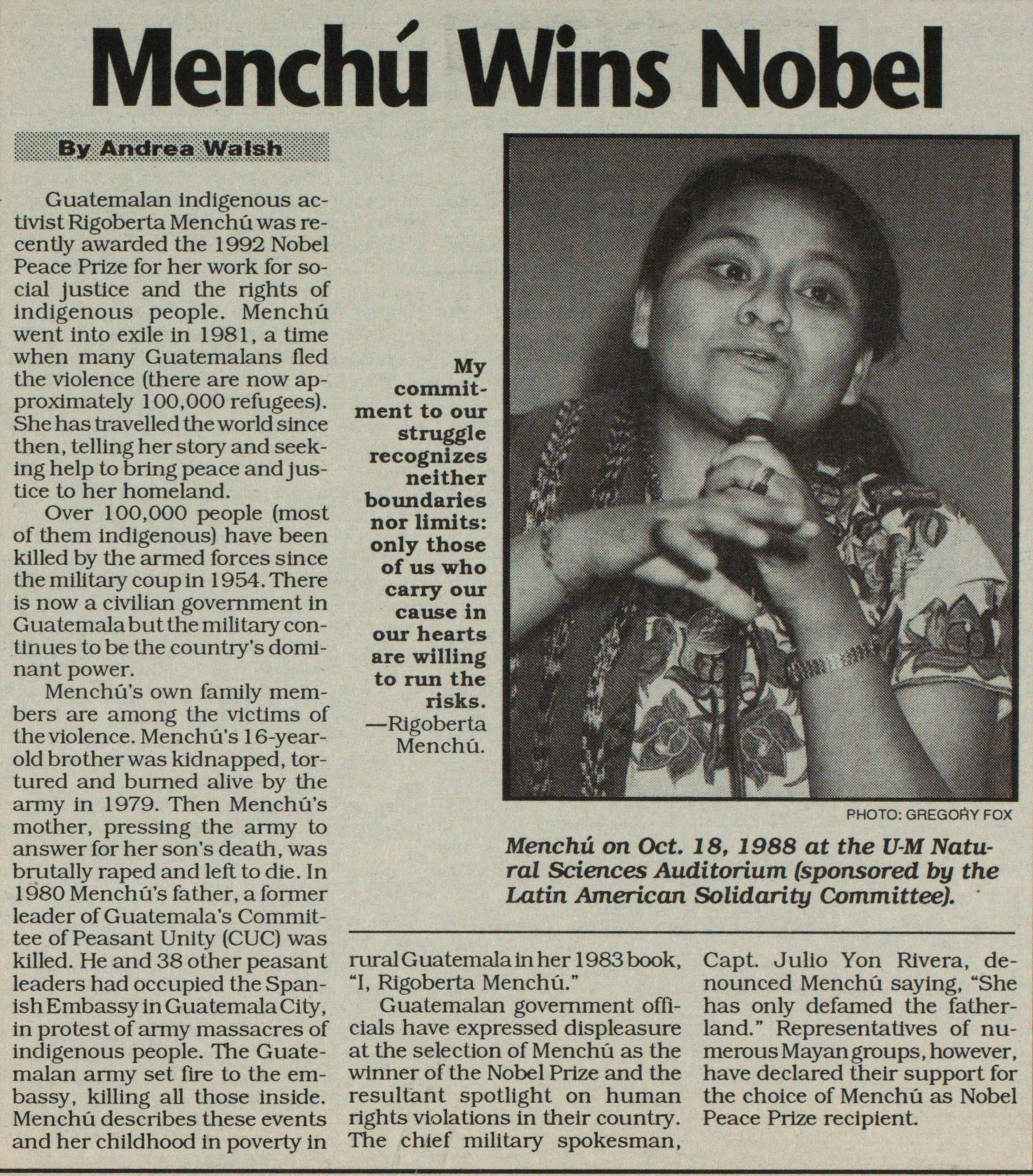 Guatemalan indigenous activist Rlgoberta Menchú was recenüy awarded the 1992 Nobel Peace Prize for her work for social justice and the rights of indigenous people. Menchú went into exile in 1 98 1 , a time when many Guatemalans fled the violence (there are now approximately 100,000 refugees). She has travelled the world slnce then, telling her story and seeking help to bring peace and justice to her homeland. Over 100,000 people (most of them indigenous) have been killed by the armed forces since the military coup in 1 954. There is now a civilian govemment in Guatemala but the military continúes to be the country's dominant power. Menchú's own family members are among the victims of the violence. Menchú's 16-yearold brother was kidnapped, tortured and burned alive by the army in 1979. Then Menchú's mother, pressing the army to answer for her son's death, was brutally raped and left to die. In 1980 Menchú's father, a former leader of Guatemala's Committee of Peasant Unity (CUC) was killed. He and 38 other peasant leaders had occupied the Spanish Embassy in Guatemala City, in protest of army massacres of indigenous people. The Guatemalan army set fire to the embassy, killing all those inside. Menchú describes these events and her childhood in poverty in rural Guatemala In her 1983 book, "I, Rigoberta Menchú." Guatemalan government officials have expressed dlspleasure at the selection of Menchú as the winner of the Nobel Prize and the resultant spotlight on human lights vlolations in their country. The chlef military spokesman, Capt. Julio Yon Rivera, denounced Menchú saying, "She has only defamed the fatherland." Representaüves of numerous Mayan groups.however, have declared their support for the choice of Menchú as Nobel Peace Prize recipiënt. Menchú on Oct. 18, 1988 at the U-M Natural Sciences Auditorium (sponsored by the Latín American Solidarity Committee).