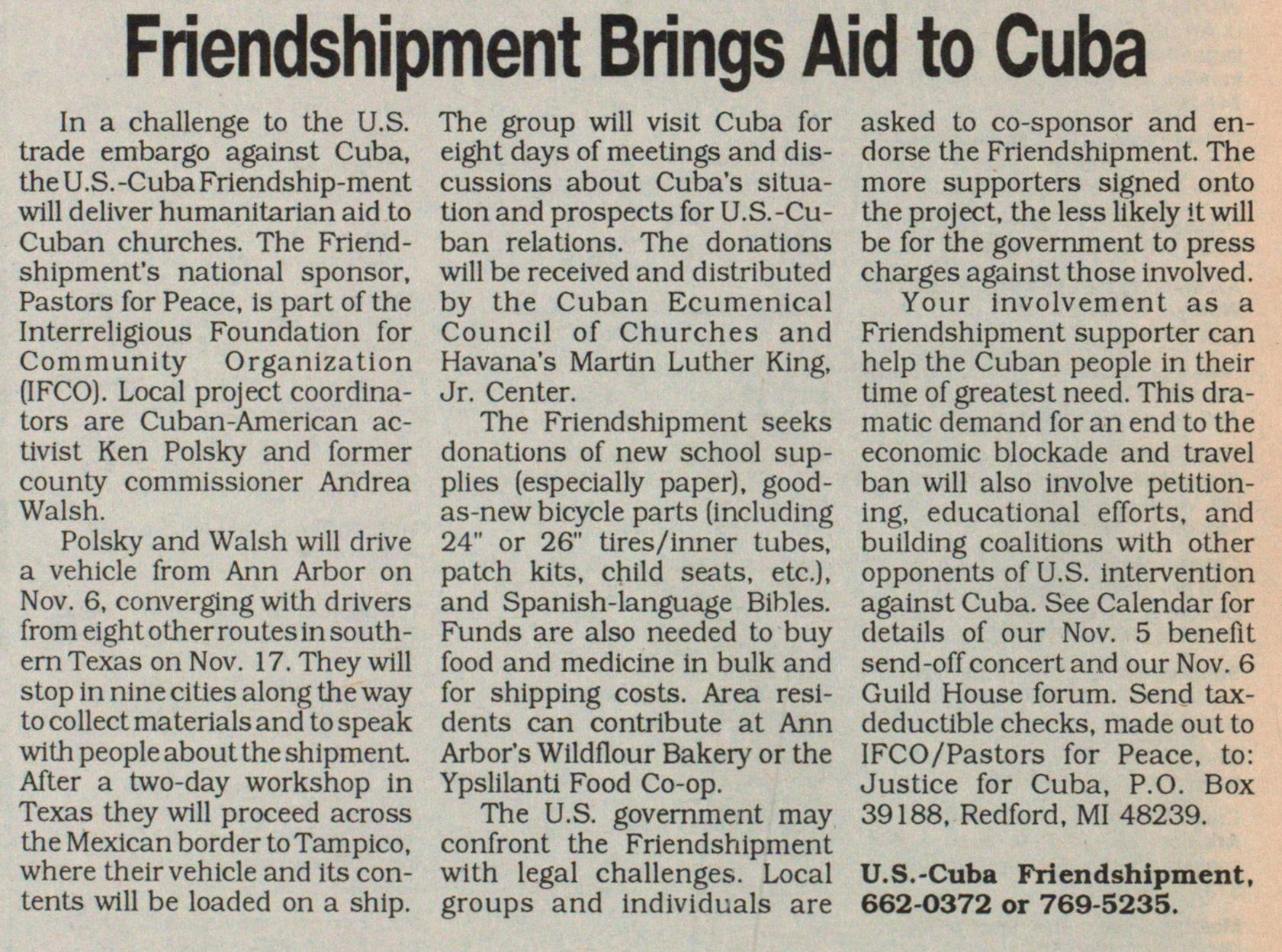 In a challenge to the U.S. trade embargo against Cuba, the U.S.-Cuba Friendship-ment will deliver humanitarian aid to Cuban churches. The Friendshipment's national sponsor. Pastors for Peace, is part of the Interreligious Foundation for Community Organization (IFCO). Local project coordinators are Cuban-American activist Ken Polsky and former county commissioner Andrea Walsh.

Polsky and Walsh will drive a vehicle from Ann Arbor on Nov. 6, converging with drivers from eight other routes in southern Texas on Nov. 17. They will stop in nine cities along the way to collect materials and to speak with people about the shipment. After a two-day workshop in Texas they will proceed across the Mexican border to Tampico, where their vehicle and its contents will be loaded on a ship. The group will visit Cuba for eight days of meetings and discussions about Cuba's situation and prospects for U.S.-Cuban relations. The donations will be received and distributed by the Cuban Ecumenical Council of Churches and Havana's Martin Luther King, Jr. Center.

The U.S. government may confront the Friendshipment with legal challenges. Local groups and individuals are asked to co-sponsor and endorse the Friendshipment. The more supporters signed onto the project, the less likely !t will be for the government to press charges against those involved.

Your involvement as a Friendshipment supporter can help the Cuban people in their time of greatest need. This dramatic demand for an end to the economic blockade and travel ban will also involve petitioning, educational efforts, and building coalitions with other opponents of U.S. intervention against Cuba. See Calendar for details of our Nov. 5 benefit send-off concert and our Nov. 6 Guild House forum. Send tax-deductible checks, made out to IFCO/Pastors for Peace, to: Justice for Cuba, P.O. Box 39188, Redford, MI 48239.