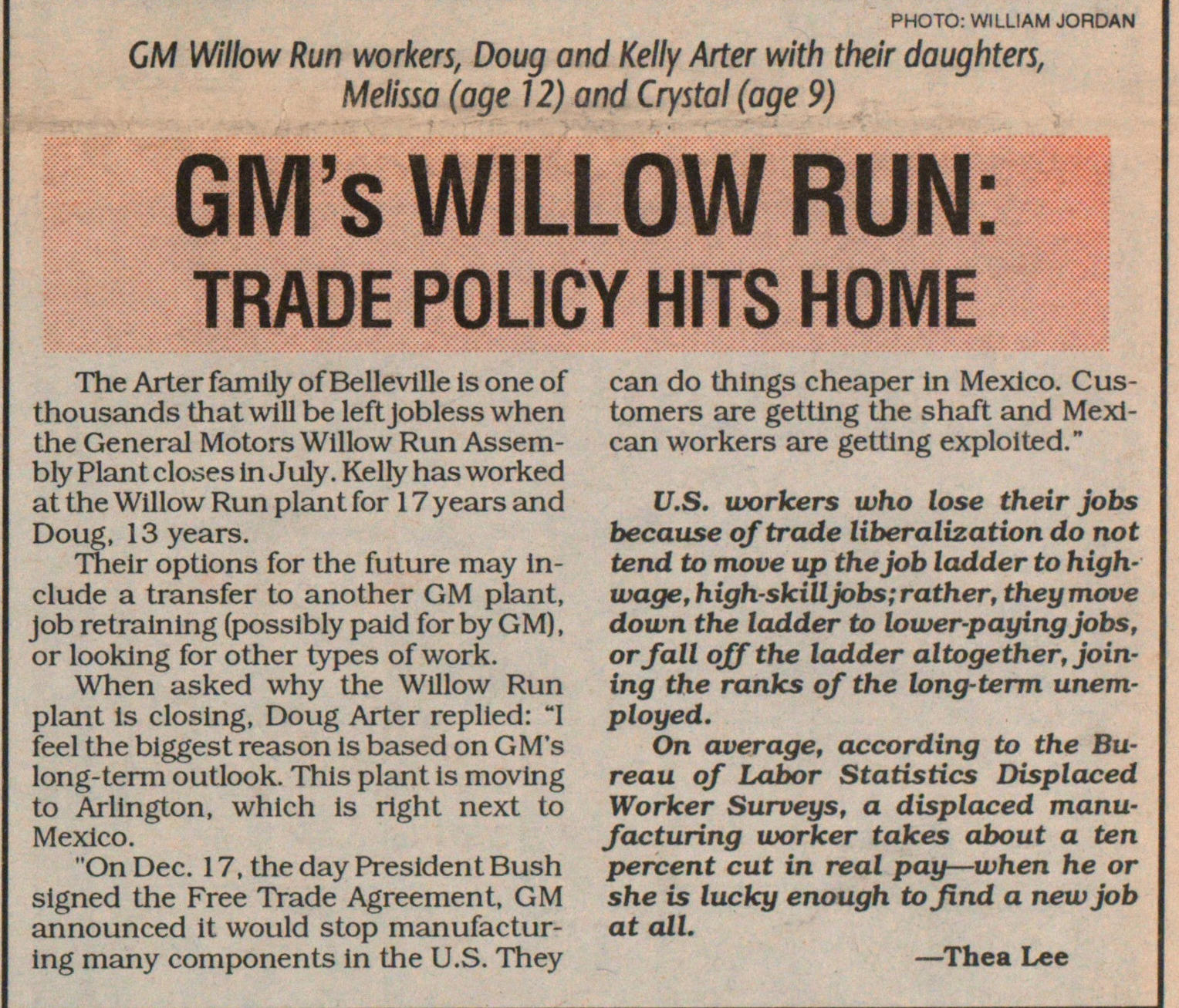 The Arter famlly of Bellevllle is one of thousands that wlll be leftjobless when the General Motors Wlllow Run Assembly Plant closes In July . Kelly has worked at the Willow Run plant for 1 7 years and Doug, 13 years. Their options for the future may include a transfer to another GM plant, Job retraining (possibly pald for by GM), or looking for other types of work. When asked why the Wlllow Run plant Is closlng, Doug Arter replied: "I feel the blggest reason Is based on GM's long-term outlook. Thls plant is moving to Arlington, which is right next to Mexico. "On Dec. 1 7, the day President Bush signed the Free Trade Agreement, GM announced it would stop manufacturIng many components in the U.S. They can do things cheaper in Mexico. Customers are gettlng the shaft and Mexican workers are gettlng exploited." U.S. workers who lose their jobs because qftrade liberalization do not tend to move up the job ladder to highwage, high-skiüjobs;rather, theymove down the ladder to lower-payingjobs, orfall off the ladder altogether, joining the ranks of the long-term unemployed. On average, according to the Bureau of Labor Statistics Displaced Worker Surveys, a displaced manufacturing worker takes about a ten percent cut in real pay - when he or she is lucky enough tojïnd a newjob at all. - Thea Lee