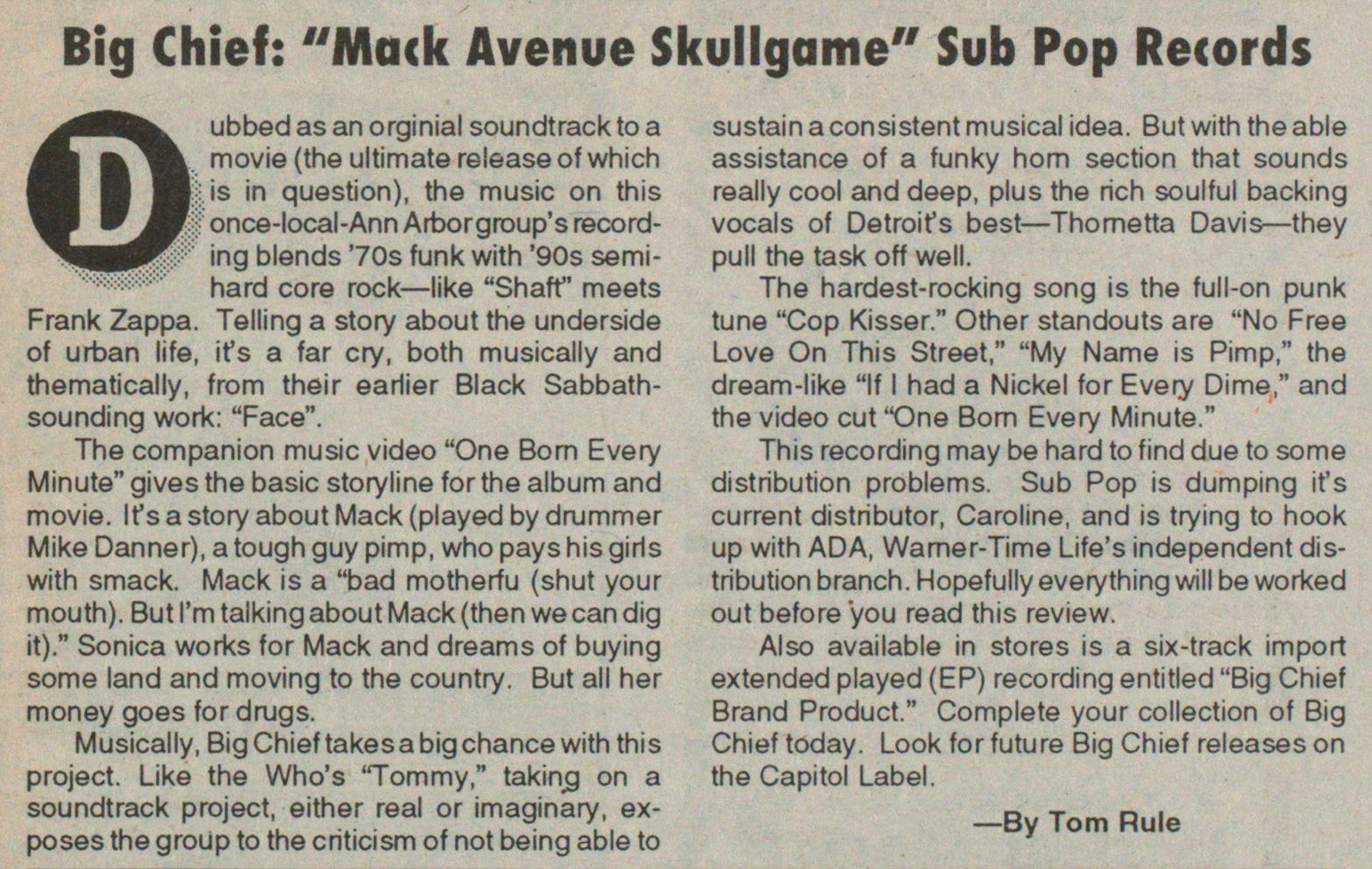 Oubbed as an orginial soundtrack to a movie (the ultímate release of which !; . s n question), the music on this S once-local-Ann Arborgroup's recording blonds '70s funk with '90s semihard core rock - like "Shaft" meets Frank Zappa. Telling a story about the underslde of urban life, fs a far cry, both musically and thematically, from their earlier Black Sabbathsounding work: "Face". The companion music video "One Bom Every Minute" gives the basic storylinefor the album and movie. If s a story about Mack (played by drummer Mike Danner), a tough guy pimp, who pays his giris with smack. Mack is a "bad motherfu (shut your mouth). But l'm talking about Mack (then we can dig t)." Sónica works for Mack and dreams of buying some land and moving to the country. But all her money goes for drugs. Musically, Big Chieftakesa big chance with this project. Like the Who's 'Tommy," taking on a soundtrack project, either real or imaginan, exposes the group to the critici sm of not being able to sustain a consistent musical idea. But with the able assistance of a funky hom section that sounds really cool and deep, plus the rich soulful backing vocals of Detroifs best - Thornetta Davis - they pull the task off well. The hardest-rocking song is the full-on punk tune "Cop Kisser." Other standouts are "No Free Love On This Street," "My Name is Pimp," the dream-like if I had a Nickel for Every Dime," and the video cut "One Bom Every Minute." This recording may be hard to find due to some distribution problems. Sub Pop is dumping it's current distributor, Caroline, and is trying to hook up with ADA, Warner-Time Life's independent distribution branch . Hopefully everything will be worked out before 'you read this review. Also available in stores is a six-track import extended played (EP) recording entitled "Big Chief Brand Product." Complete your collection of Big Chief today. Look for future Big Chief releases on theCapitol Label.