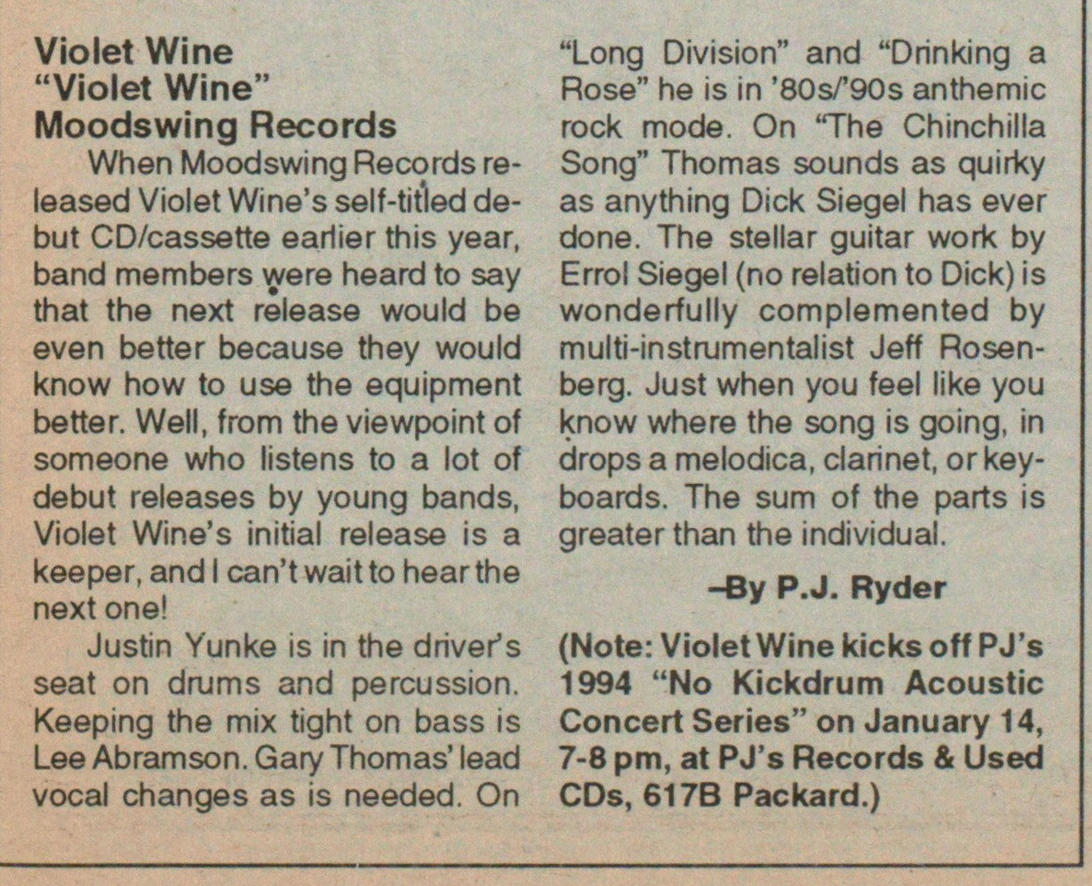 When Moodswing Records released Violet Wine's self-titled debut CDcassette eariier this year, band members were heard to say that the next release would be even better because they would know how to use the equipment better. Well, f ram the viewpoint of someone who listens to a lot of debut releases by young bands, Violet Wine's initial release s a keeper, and I can't wait to hear the next one! Justin Yunke is in the driver's seat on drums and percussion. Keeping the mix tight on bass is Lee Abramson. Gary Thomas' lead vocal changes as is needed. On "Long División" and "Drinking a Rose" he is in '80s90s anthemic rock mode. On 'The Chinchilla Song" Thomas sounds as quirky as anything Dick Siegel has ever done. The stellar guitar work by Errol Siegel (no relation to Dick) is wonderfully complemented by multi-instrumentalist Jeff Rosenberg. Just when you feel like you know where the song is going, in drops a melódica, clarinet, or keyboards. The sum of the parts is greater than the individual. (Note: Violet Wine kicks off PJ's 1994 "No Kickdrum Acoustic Concert Series" on January 14, 7-8 pm, at PJ's Records & Used CDs, 61 7B Packard.)