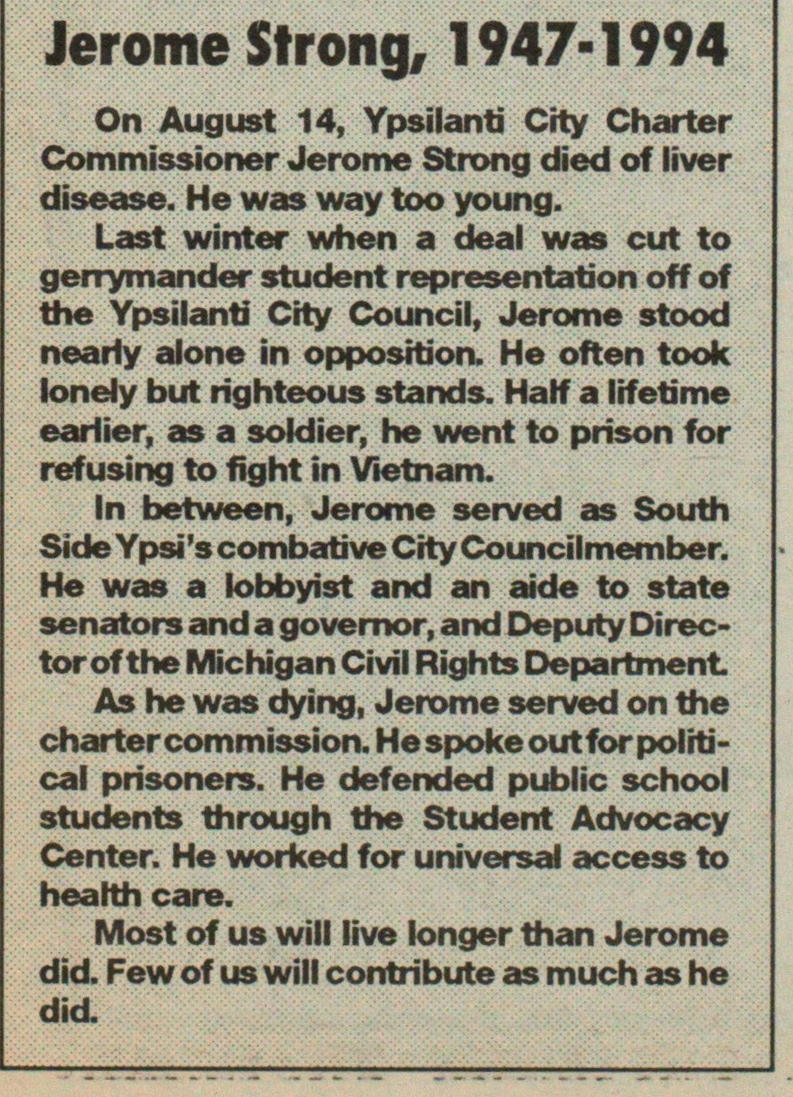 On August 14, Ypsilanti City Charter Commissioner Jerome Strong died of li ver disease. He was way too young. Last winter when a deal was cut to gerrymander student representation off of the Ypsilanti City Council, Jerome stood nearly alone in opposition. He often took lonely but righteous stands. Half a Irfetime earlier, as a soldier, he went to prison for ref using to fight in Vietnam. In between, Jerome served as South Side Ypsi 's combative City Councilmember. He was a lobbyist and an aide to state senators and a governor, and Deputy Director of the Michigan Civil Rights Department As he was dying, Jerome served on the charter commission. He spoke out for political prisoners. He defended public school studente through the Student Advocacy Center. He worked for universal access to heaKh care. Most of us will live longer than Jerome did. Few of us will contribute as much as he did.