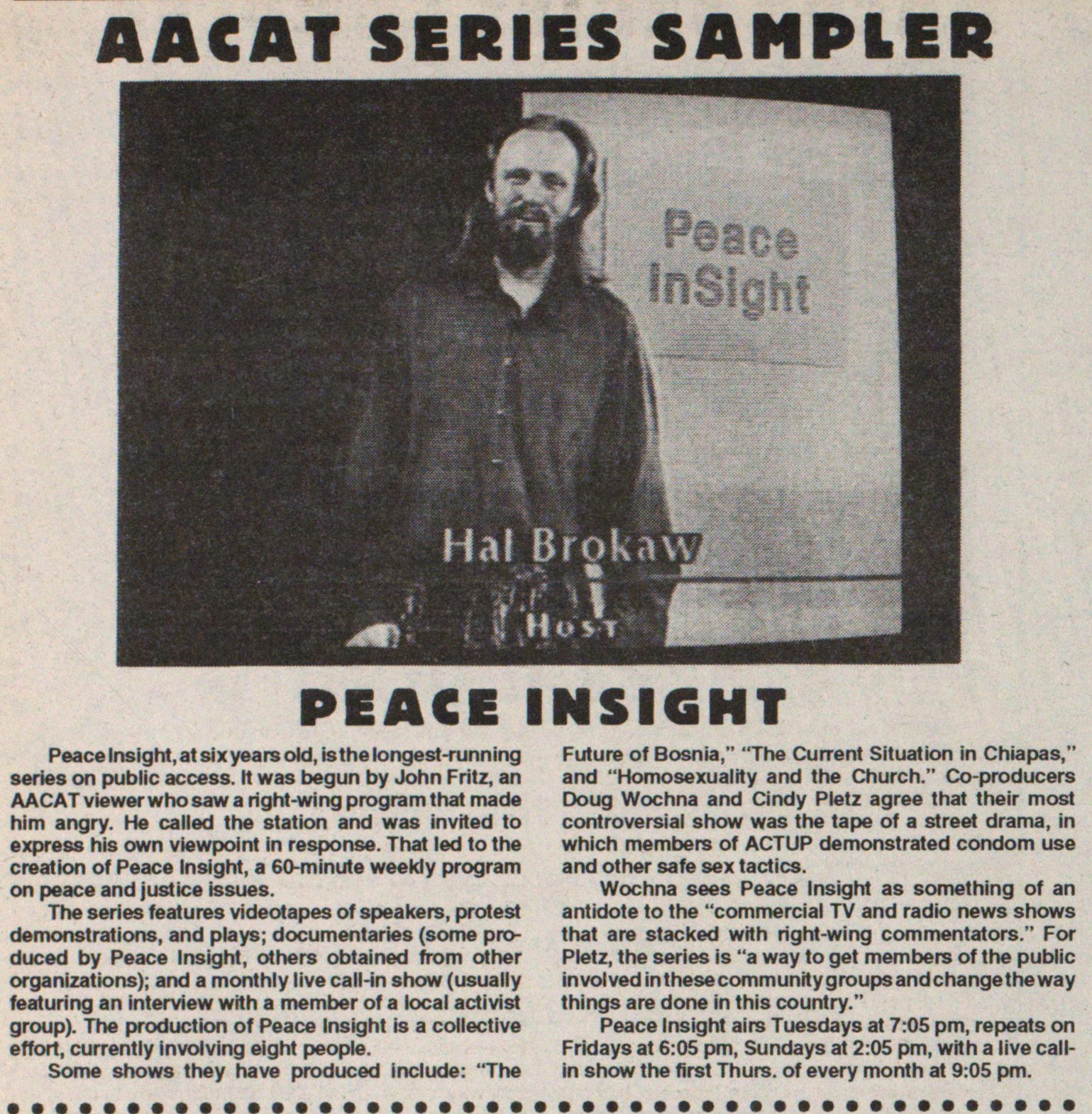 Peace Insight, at sixyears old, is the longest-running series on public access. It was begun by John Fritz, an AACAT viewer whosaw a right-wing program that made hlm angry. He callad the station and was invited to express nis own viewpoint in response. That led to the creation of Peace Insight, a 60-minute weekly program on peace and justice issues. The series features videotapes of speakers, protest demonstrations, and plays; documentarles (some produced by Peace Insight, others obtained from other organizations); and a monthly live call-in show (usually featuring an interview with a member of a local activist group). The production of Peace Insight is a collective effort, currently involving eight people. Some shows they have produced include: "The Future of Bosnia," "The Current Situation in Chiapas," and "Homosexuality and the Church." Co-producers Doug Wochna and Cindy Pletz agree that their most controversial show was the tape of a Street drama, in which members of ACTUP demonstrated condom use and other safe sex tactics. Wochna sees Peace Insight as something of an antidote to the "commercial TV and radio news shows that are stacked with right-wing commentators." For Pletz, the series is "a way to get members of the public in vol ved n these communitygroups and changetheway things are done in this country." Peace Insight airs Tuesdays at 7:05 pm, repeats on Fridays at 6:05 pm, Sundays at 2:05 pm, with a live callin show the first Thurs. of every month at 9:05 pm.