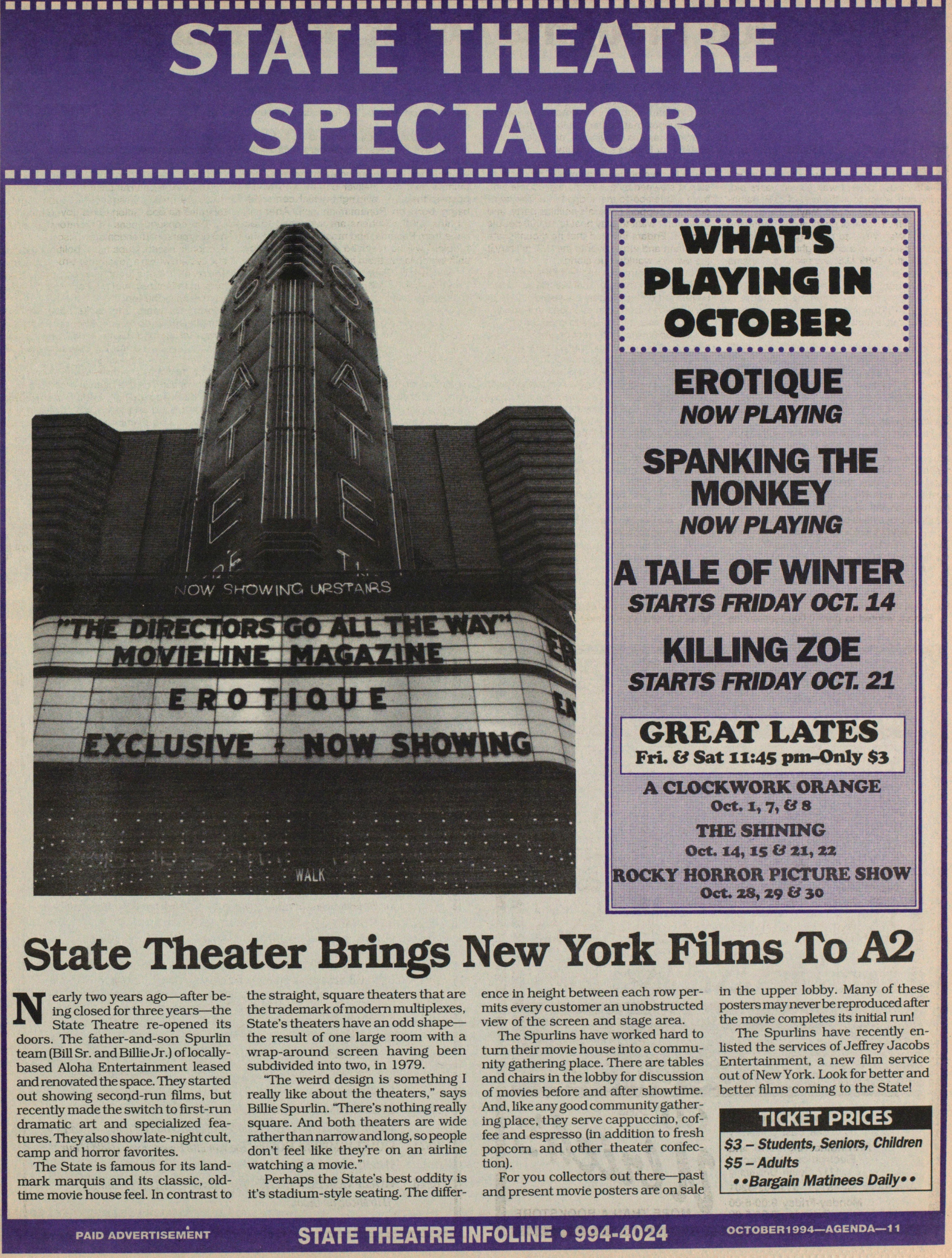 Nearly two years ago - after being closed for three years - the State Theatre re-opened its doors. The father-and-son Spurlin team (Bill Sr. and Billie Jr.) of locally-based Aloha Entertainment leased and renovated the space. They started out showing second-run films, but recently made the switch to first-run dramatic art and specialized features. They also show late-night cult, camp and horror favorites.

The State is famous for its landmark marquis and its classic, old-time movie house feel. In contrast to the straight, square theaters that are the trademark of modern multiplexes, State's theaters have an odd shape - the result of one large room with a wrap-around screen having been subdivided into two, in 1979.

"The weird design is something I really like about the theaters," says Billie Spurlin. "There's nothing really square. And both theaters are wide rather than narrow and long, so people don't feel like they're on an airline watching a movie."

Perhaps the State's best oddity is it's stadium-style seating. The difference in height between each row permits every customer an unobstructed view of the screen and stage area.

For you collectors out there - past and present movie posters are on sale in the upper lobby. Many of these posters may never be reproduced after the movie completes its initial run!

The Spurlins have recently enlisted the services of Jeffrey Jacobs Entertainment, a new film service out of New York. Look for better and better films coming to the State!