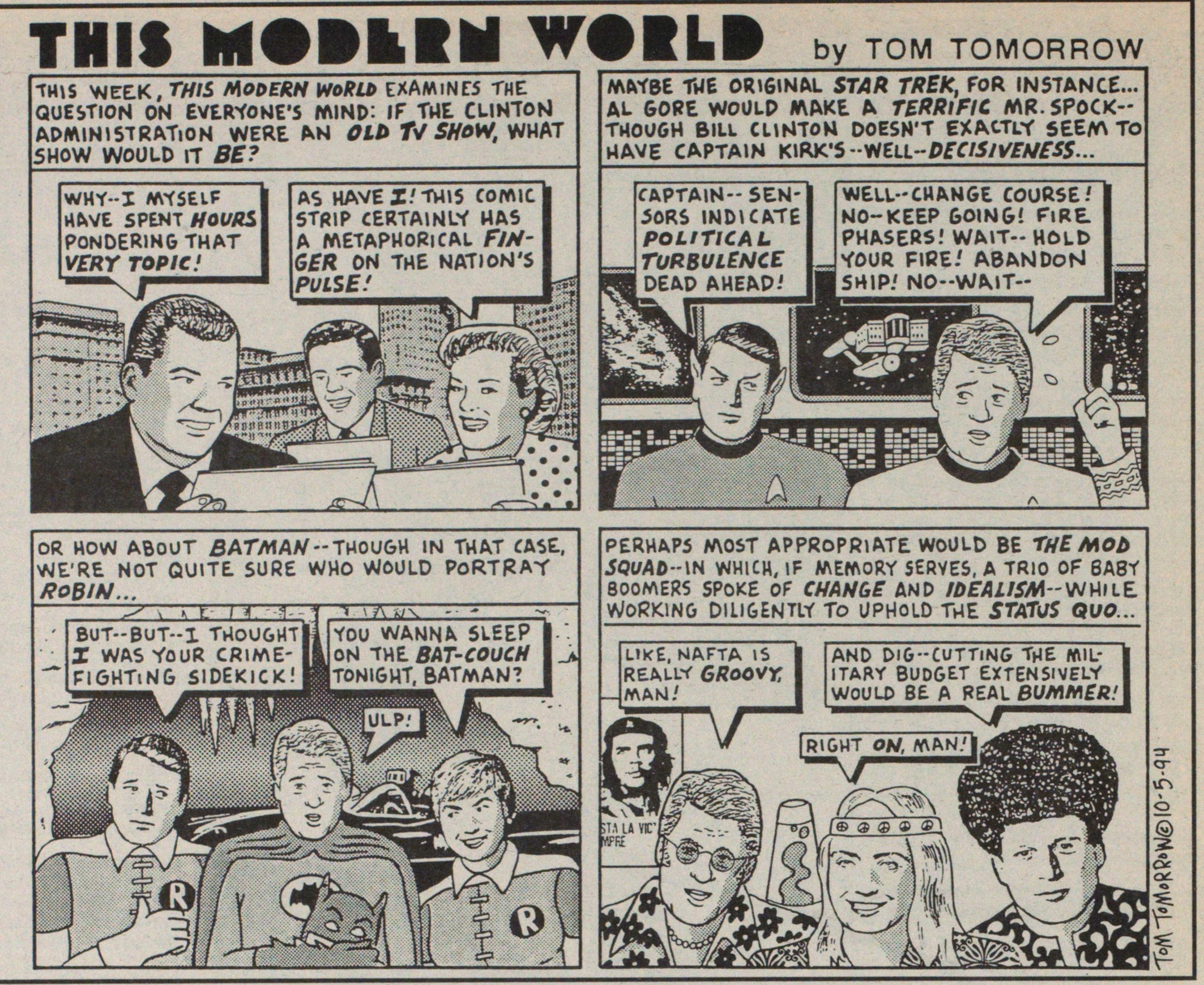 This week, this modern world examines the question on everyone's mind: If the Clinton Administration were an old TV show, what show would it be?

Man: Why--I myself have spent hours pondering this very topic!

Woman: As have I! This comic strip certainly has a metaphorical finger on the nation's pulse!

Or how about Batman--though in that case, we're not quite sure who would portray Robin...

Gore: But--but--I thought I was your crime-fighting sidekick!

Hilary Clinton: You wanna sleep on the bat-couch tonight, Batman?

Perhaps most appropriate would be The Mod Squad--in which, if memory serves, a trio of baby boomers spoke of change and idealism--while working diligently to uphold the status quo...

Gore: And dig--cutting the military budget extensively would be a real bummer!