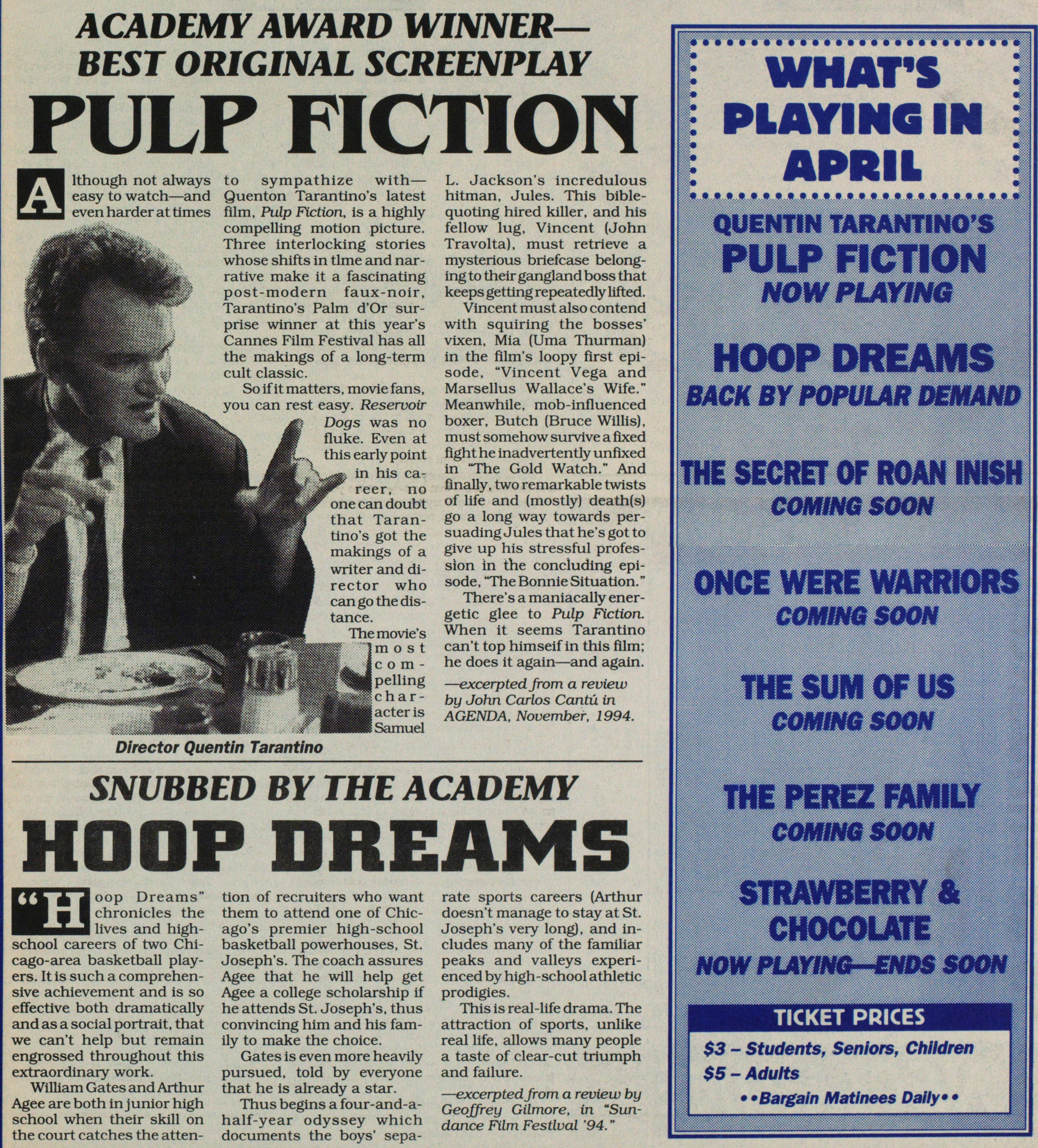 Although not always easy to watch-and even harder at time to sympathize with-Quenton Tarantino's latest film, Pulp Fiction, is a highly compelling motion picture. Three interlocking stories whose shifts in time and narrative make it a fascinating post-modern faux-noir, Tarantino's Palm d'Or surprise winner at this year's Cannes Film Festival has all the makings of a long-term cult classic.

So if it matters, movie fans, you can rest easy. Reservoir Dogs was no fluke. Even at this early point in his career, no one can doubt that Tarantino's got the makings of a writer and director who can go the distance.

The movie's most compelling character is Samuel L. Jackson's incredulous hitman, Jules. This bible-quoting hired killer, and his fellow lug, Vincent (John Travolta), must retrieve a mysterious briefcase belonging to their gangland boss that keeps getting repeatedly lifted.

Vincent must also contend with squiring the bosses' vixen, Mia (Uma Thurman) in the film's loopy first episode, "Vincent Vega and Marsellus Wallace's Wife." Meanwhile, mob-influenced boxer, Butch (Bruce Willis), must somehow survive a fixed fight he inadvertently unfixed in "The Gold Watch." And finally, two remarkable twists of life and (mostly) death(s) go a long way towards persuading Jules that he's got to give up his stressful profession in the concluding...