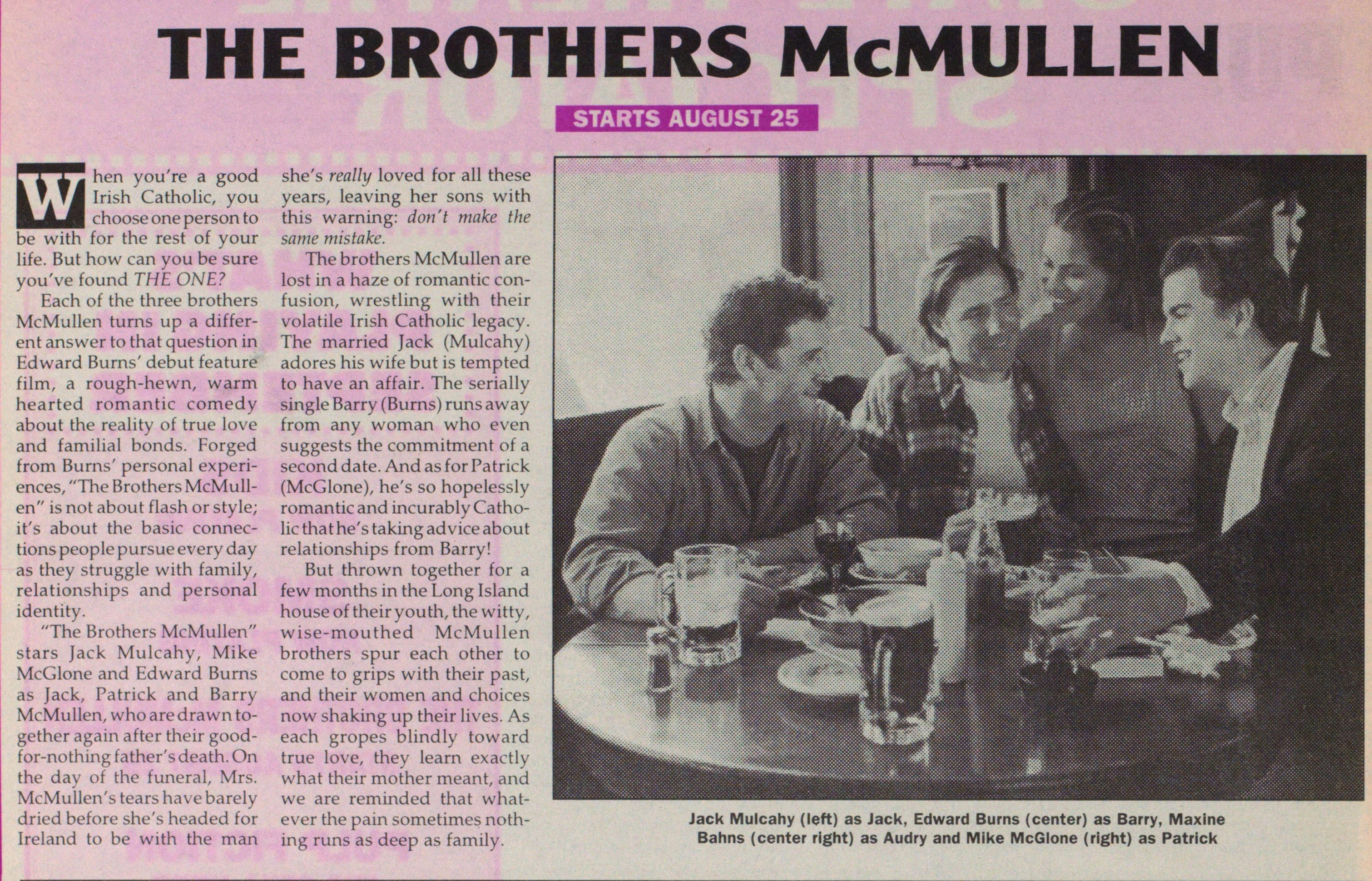 K hen you're a good A iiim Irish Catholic, you chooseone person to be with for the rest of your Ufe. But how can you be sure you've found THE ONE? Each of the three brothers McMullen turns up a different answer to that question in Edward Burns' debut feature film, a rough-hewn, warm hearted romantic comedy about the reality of true love and familial bonds. Forged from Burns' personal experiences, "The Brothers McMullen" is not about flash or style; it's about the basic connections people pursue every day as they struggle with family, relationships and personal identity. "The Brothers McMullen" stars Jack Mulcahy, Mike McGlone and Edward Burns as Jack, Patrick and Barry McMullen, who are drawn together again after their goodfor-nothing f ather's death. On the day of the funeral, Mrs. McMullen's tears have barely dried before she's headed for Ireland to be with the man she's really loved for all these years, leaving her sons with this warning: don't make the same mistake. The brothers McMullen are lost in a haze of romantic confusión, wrestling with their volatile Irish Catholic legacy. The married Jack (Mulcahy) adores his wife but is tempted to have an affair. The serially single Barry (Burns) runs away from any woman who even suggests the commitment of a second date. And as for Patrick (McGlone), he's so hopelessly romantic and incurably Catholic that he's taking advice about relationships from Barry! But thrown together for a few months in the Long Island house of their youth, the witty, wise-mouthed McMullen brothers spur each other to come to grips with their past, and their women and choices now shaking up their lives. As each gropes blindly toward true love, they learn exactly what their mother meant, and we are reminded that whatever the pain sometimes nothing runs as deep as family.