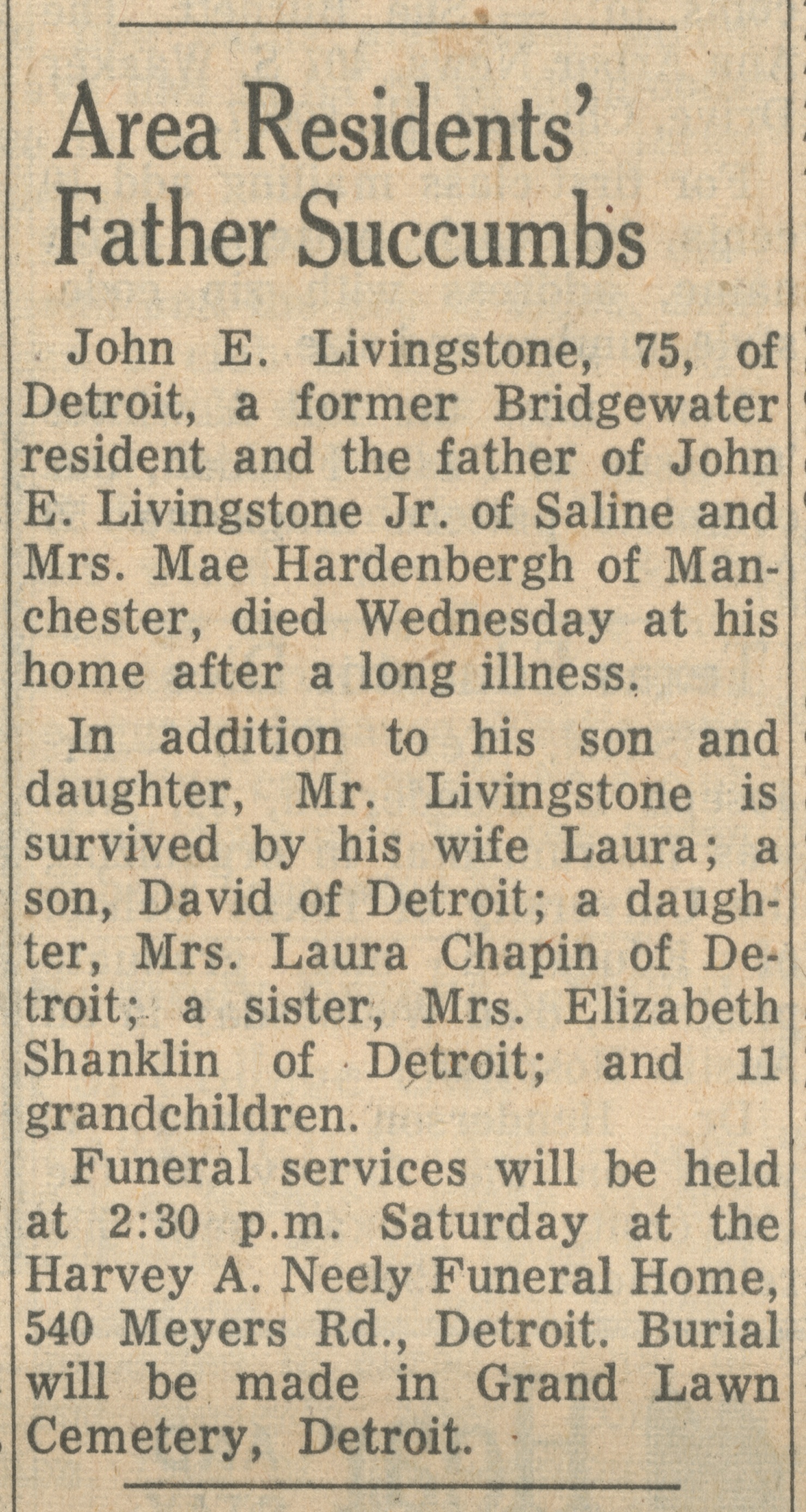 John E. Livingstone, 75, of Detroit, a former Bridgewater resident and the father of John E. Livingstone Jr. of Saline and Mrs. Mae Hardenbergh of Manchester, died Wednesday at his home after a long illness.
In addition to his son and daughter, Mr. Livingstone is survived by his wife Laura; a son, David of Detroit; a daughter, Mrs. Laura Chapin of Detroit; a sister, Mrs. Elizabeth Shanklin of Detroit; and 11 grandchildren.
Funeral services will be held at 2:30 p.m. Saturday at the Harvey A. Neely Funeral Home, 540 Meyers Rd., Detroit. Burial will be made in Grand Lawn Cemetery, Detroit.