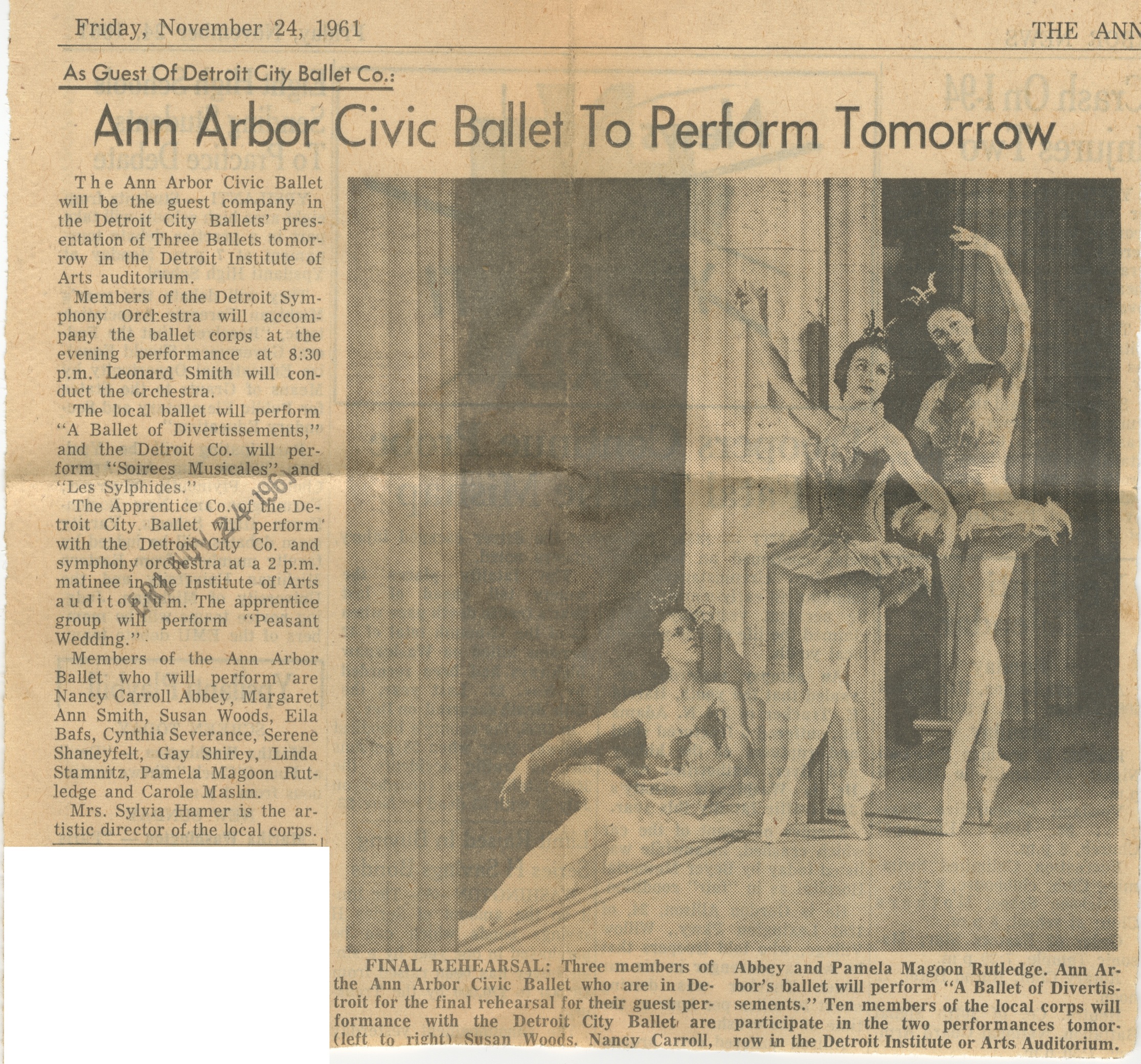 The Ann Arbor Civic Ballet will be the guest company in the Detroit City Ballets’ presentation of Three Ballets tomorrow in the Detroit Institute of Arts auditorium.

Members of the Detroit Symphony Orchestra will accompany the ballet corps at the evening performance at 8:30 p.m. Leonard Smith will conduct the orchestra.

The local ballet will perform “A Ballet of Divertissements,” and the Detroit Co. will perform “Soirees Musicales” and "Les Sylphides."

Mrs. Sylvia Hamer is the artistic director of the local corps.

FINAL REHEARSAL: Three members of the Ann Arbor Civic Ballet who are in Detroit for the final rehearsal for their guest performance with the Detroit City Ballet are (left to right) Susan Woods, Nancy Carroll,

Abbey and Pamela Magoon Rutledge. Ann Arbor's ballet will perform "A Ballet of Divertissements." Ten members of the local corps will participate in the two performances tomorrow in the Detroit Institute of Arts Auditorium.