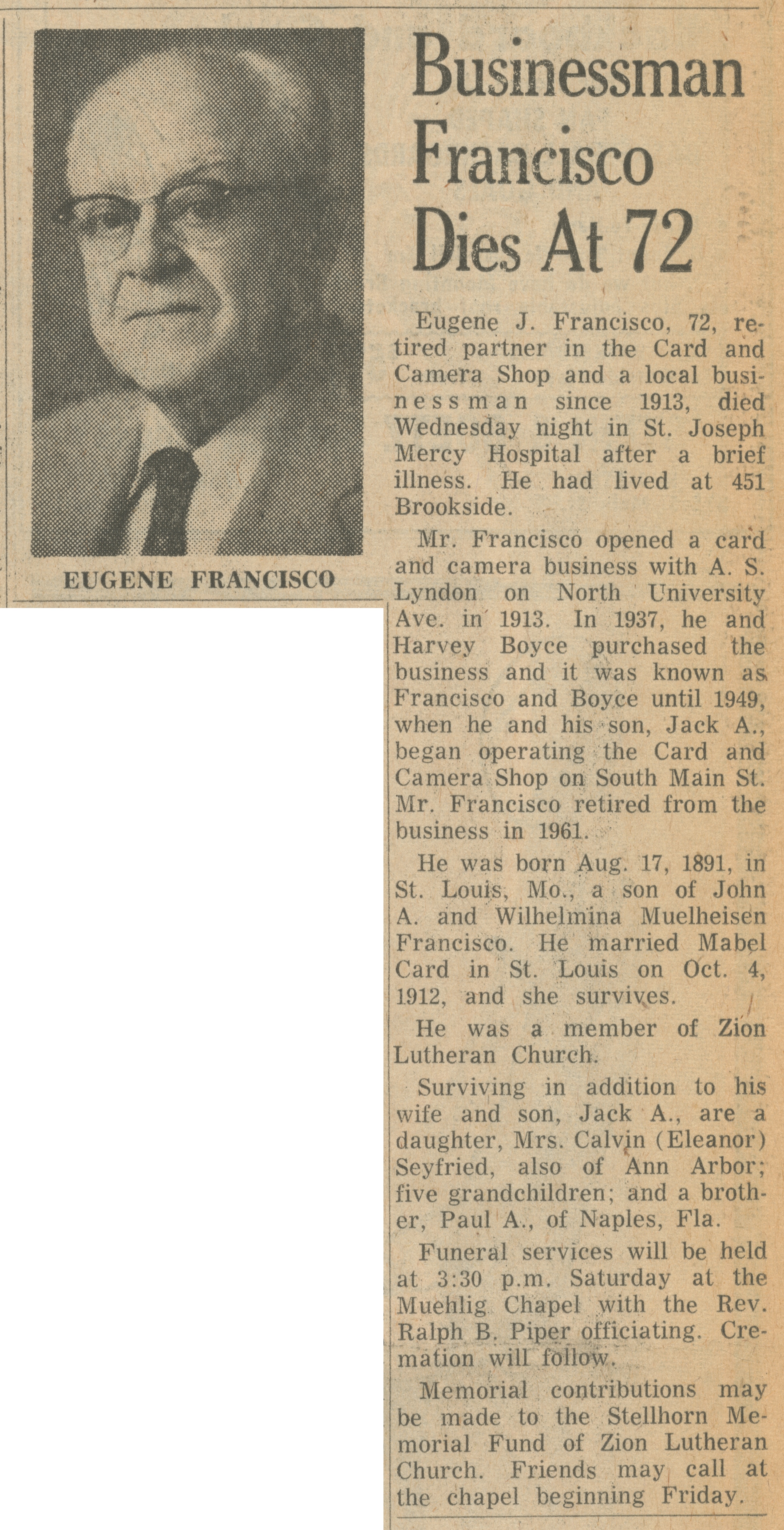 Eugene J. Francisco, 72, retired partner in the Card and Camera Shop and a local businessman since 1913, died Wednesday night in St. Joseph Mercy Hospital after a brief illness. He had lived at 451 Brookside. Mr. Francisco opened a card and camera business with A. S. Lyndon on North University Ave. in 1913. In 1937, he and Harvey Boyce purchased the business and it was known as Francisco and Boyce until 1949, when he and his son, Jack A., began operating the Card and Camera Shop on South Main St. Mr. Francisco retired from the business in 1961. He was born Aug. 17, 1891, in St. Louis, Mo., a son of John A. and Wilhelmina Muelheisen Francisco. He married Mabel Card in St. Louis on Oct. 4, 1912, and she survives. He was a member of Zion Lutheran Church. Surviving in addition to his wife and son, Jack A., are a daughter, Mrs. Calvin (Eleanor) Seyfried, also of Ann Arbor; five grandchildren; and a brother, Paul A., of Naples, Fla. Funeral services will be held at 3:30 p.m. Saturday at the Muehlig Chapel with the Rev. Ralph B. Piper officiating. Cremation will follow. Memorial contributions may be made to the Stellhorn Memorial Fund of Zion Lutheran Church. Friends may call at the chapel beginning Friday.