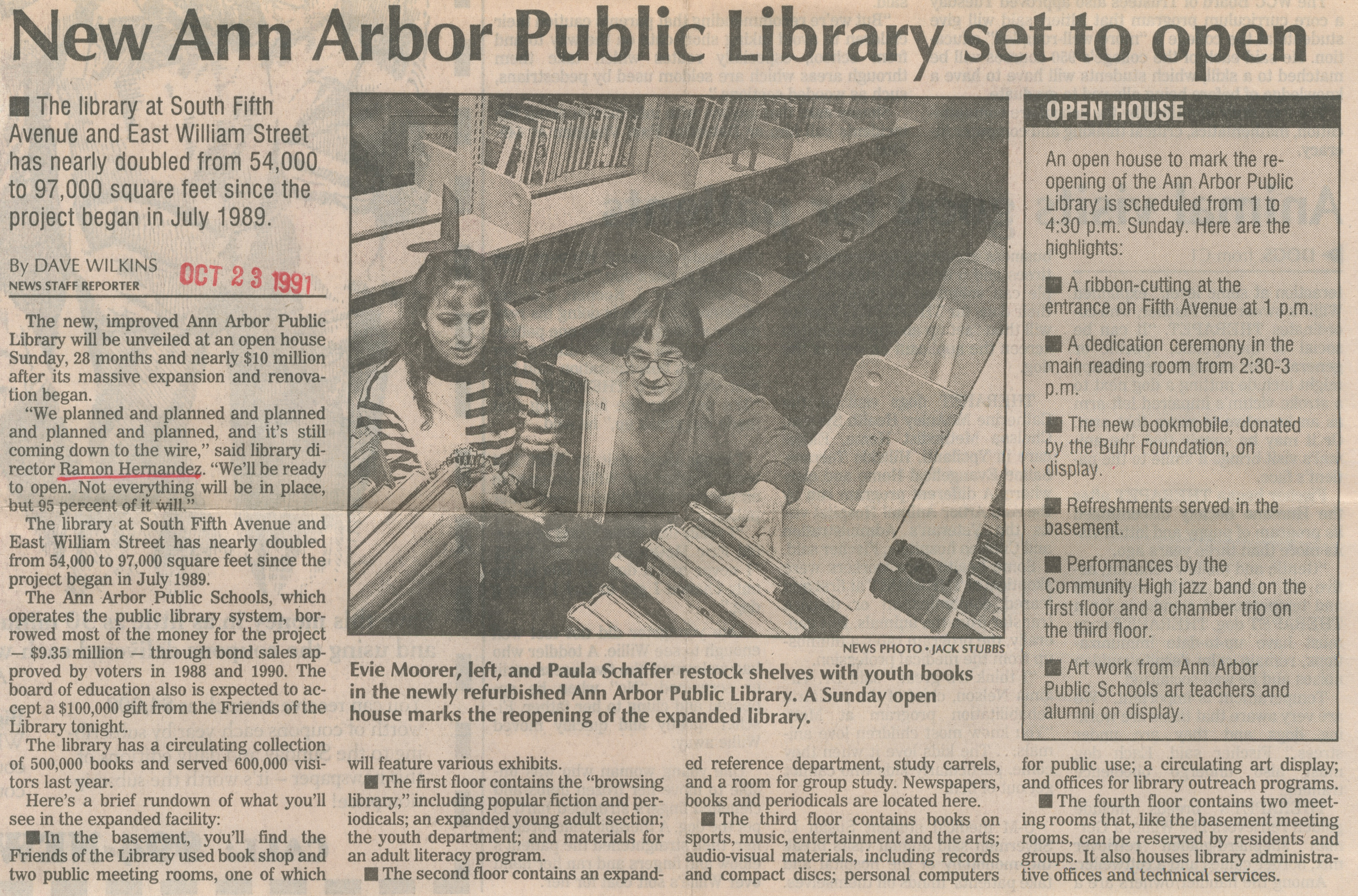 ■ The library at South Fifth Avenue and East William Street has nearly doubled from 54,000 to 97,000 square feet since the project began in July 1989.

The new, improved Ann Arbor Public Library will be unveiled at an open house Sunday, 28 months and nearly $10 million after its massive expansion and renovation began.

The library at South Fifth Avenue and East William Street has nearly doubled from 54,000 to 97,000 square feet since the project began in July 1989.

The Ann Arbor Public Schools, which operates the public library system, borrowed most of the money for the project - $9.35 million - through bond sales approved by voters in 1988 and 1990. The board of education also is expected to accept a $100,000 gift from the Friends of the Library tonight.

Here’s a brief rundown of what you’ll see in the expanded facility:

■ In the basement, you’ll find the Friends of the Library used book shop and two public meeting rooms, one of which will feature various exhibits.

■ The first floor contains the “browsing library,” including popular fiction and periodicals; an expanded young adult section; the youth department; and materials for an adult literacy program.

■ The second floor contains an expanded reference department, study carrels, and a room for group study. Newspapers, books and periodicals are located here.

■ The third floor contains books on sports, music, entertainment and the arts; audio-visual materials, including records and compact discs; personal computers for public use; a circulating art display; and offices for library outreach programs.

■ The fourth floor contains two meeting rooms that, like the basement meeting rooms, can be reserved by residents and groups. It also houses library administrative offices and technical services.

An open house to mark the re-opening of the Ann Arbor Public Library is scheduled from 1 to 4:30 p.m. Sunday. Here are the highlights:

■ A ribbon-cutting at the entrance on Fifth Avenue at 1 p.m.

■ The new bookmobile, donated by the Buhr Foundation, on display.

■ Refreshments served in the basement.

■ Performances by the Community High jazz band on the first floor and a chamber trio on the third floor.