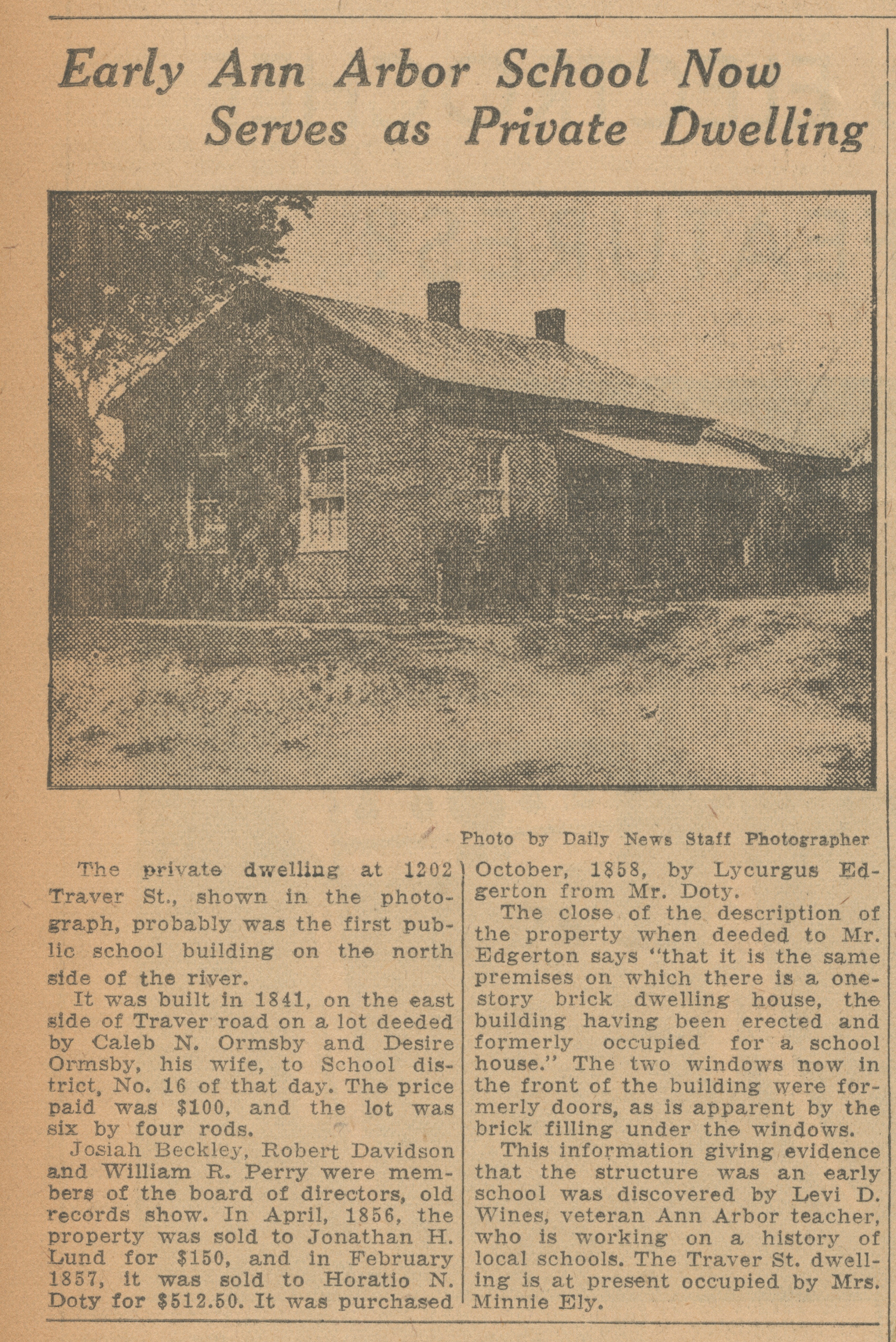 The private dwelling at 1202 Traver St., shown in the photograph, probably was the first public school building on the north side of the river.
It was built in 1841, on the east side of Traver road on a lot deeded by Caleb N. Ormsby and Desire Ormsby, his wife, formerly to School district No. 16 of that day. The price paid was $100, and the lot was six by four rods.
Josiah Beckley, Robert Davidson and William R. Perry were members of the board of directors, old records show. In April, 1856, the property was sold to Jonathan H. Lund for $150, and in February 1857, it was sold to Horatio N. Doty for $5l2.50. It was purchased October, 1858, by Lycyrgus Edgerton from Mr. Doty.
The close of the description of the property when deeded to Mr. Edgerton says "that it is the same premises on which there is a one-story brick dwelling house, the building having been erected and formerly occupied for a school house." The two windows now in the front of the building were formerly doors, as is apparent by the brick filling under the windows.
This information giving evidence that the structure was an early school was discovered by Levi D. Wines, veteran Ann Arbor teacher, who is working on a history of local schools. The Traver St. dwelling is at present occupied by Mrs. Minnie Ely.