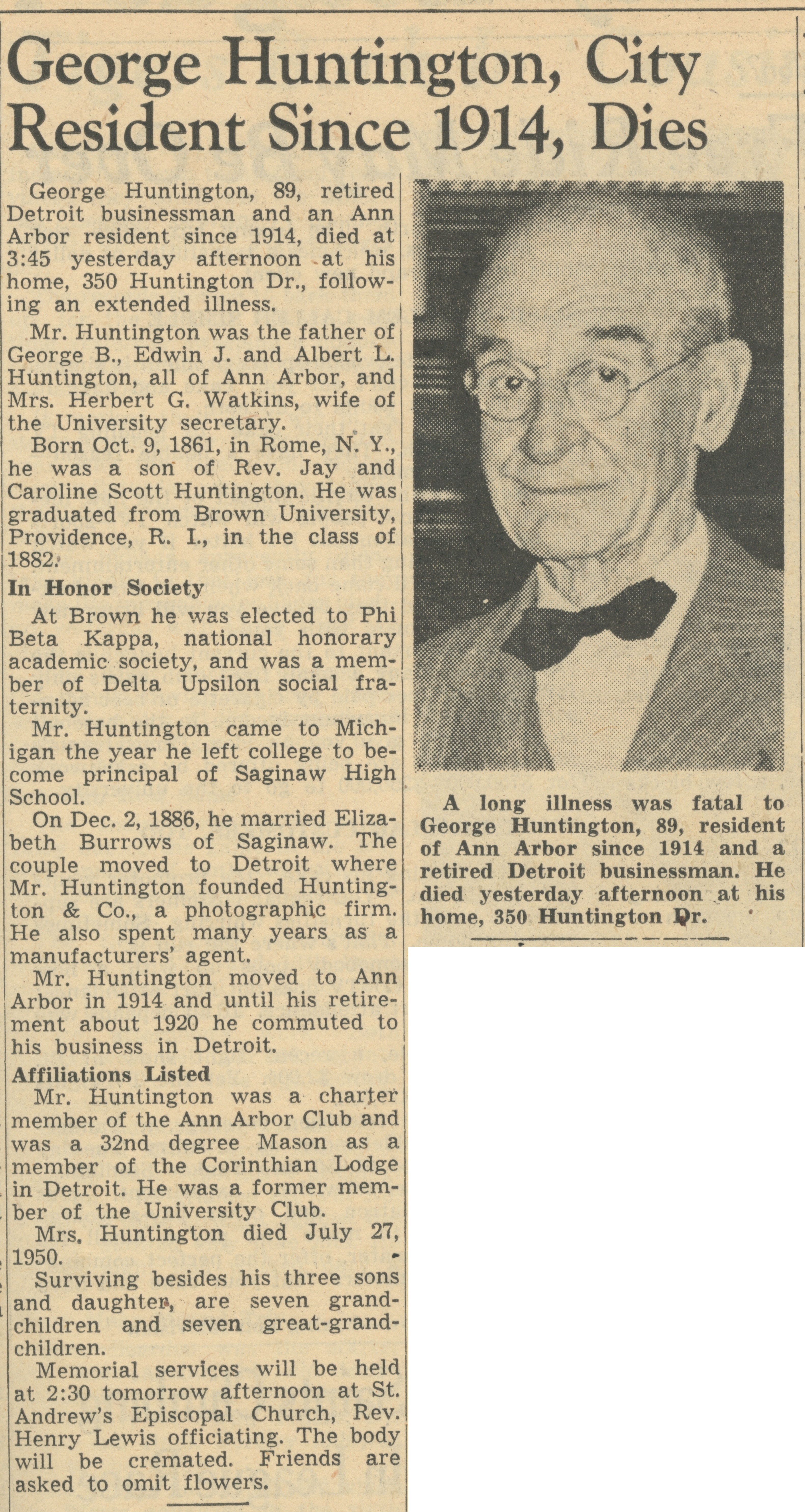 George Huntington, 89, retired Detroit businessman and an Ann Arbor resident since 1914, died at 3:45 yesterday afternoon at his home, 350 Huntington Dr., following an extended illness.
Mr. Huntington was the father of George B., Edwin J. and Albert L. Huntington, all of Ann Arbor, and Mrs. Herbert G. Watkins, wife of the University secretary.
Born Oct. 9, 1861, in Rome, N. Y., he was a son of Rev. Jay and Caroline Scott Huntington. He was graduated from Brown University, Providence, R. I., in the class of 1882.
In Honor Society
At Brown he was elected to Phi Beta Kappa, national honorary academic society, and was a member of Delta Upsilon social fraternity.
Mr. Huntington came to Michigan the year he left college to become principal of Saginaw High School.
On Dec. 2, 1886, he married Elizabeth Burrows of Saginaw. The couple moved to Detroit where Mr. Huntington founded Huntington & Co., a photographic firm. He also spent many years as a manufacturers' agent.
Mr. Huntington moved to Ann Arbor in 1914 and until his retirement about 1920 he commuted to his business in Detroit.
Affiliations Listed
Mr. Huntington was a charter member of the Ann Arbor Club and was a 32nd degree Mason as a member of the Corinthian Lodge in Detroit. He was a former member of the University Club.
Mrs. Huntington died July 27, 1950.
Surviving besides his three sons and daughter, are seven grandchildren and seven great-grandchildren.
Memorial services will be held at 2:30 tomorrow afternoon at St. Andrew's Episcopal Church, Rev. Henry Lewis officiating. The body will be cremated. Friends are asked to omit flowers.