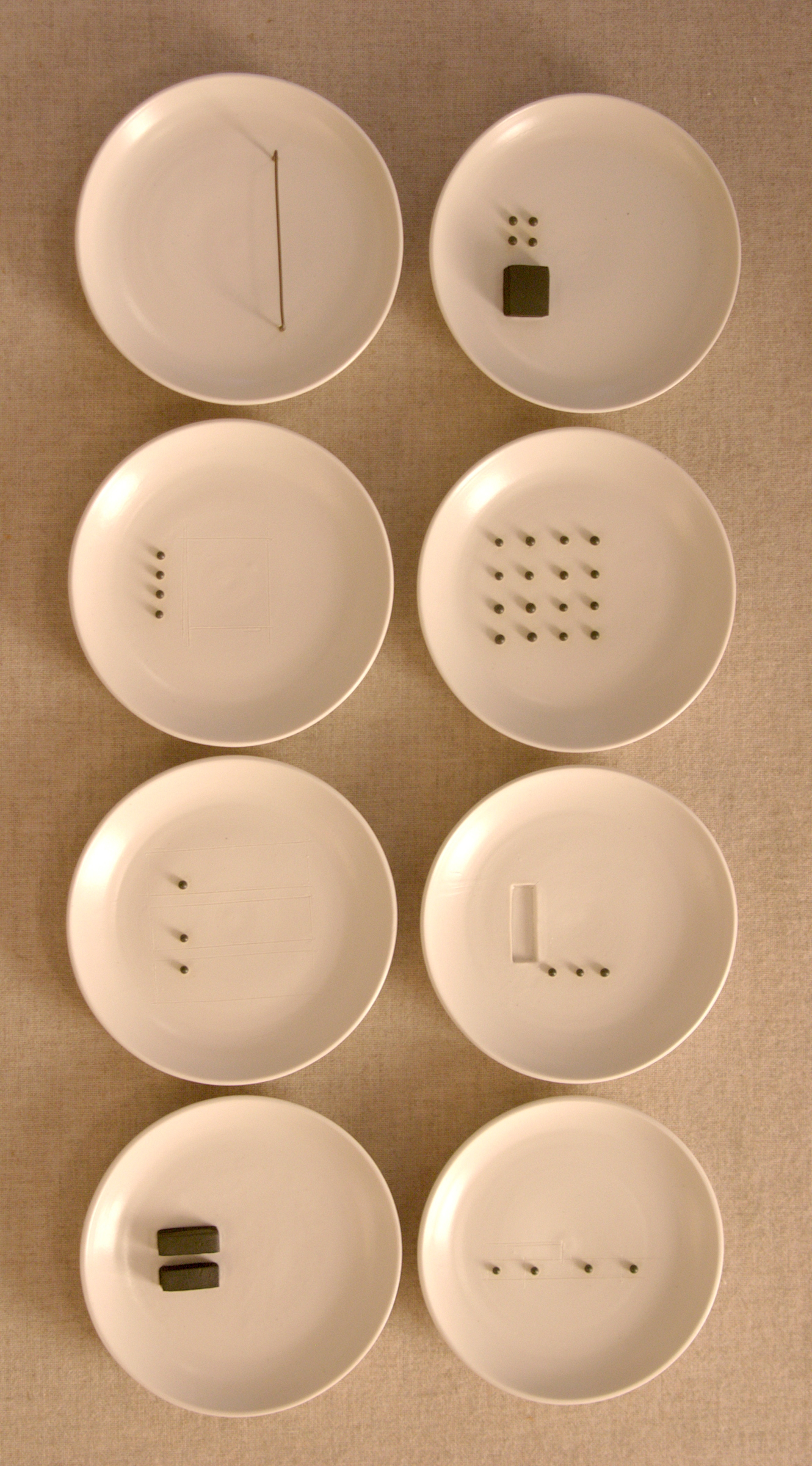 The inspiration for this series came about from a desire to create a visual space for introspective contemplation. The wholesomeness of the form along with purity of the white porcelain expresses a secure environment in which to do so. The markings on the plates reveal a variety of different languages that, when put together in a series, seem to be communicating with one another. There is a balanced formed between the subtle whisperings of the incised line drawing, the intense vibration of the dots, the linear quality of the wire, and the weighted, grounded tone of the rubber.

It is fitting to us that such a piece would be displayed in a library. The characteristics that describe this artwork may also be used to paint a portrait of a patron of the library. It suggests a person who seeks knowledge both internally and from the world around them; a person who is willing to speak in and listen to a variety of different languages in order to learn and grow. ~ Chris Rom and Geoff Buddie, August 2005.

A gift to the Ann Arbor District Library from the South University Art Fair, 2005.

Subjects
Art in the Library