Construction of the present Courthouse 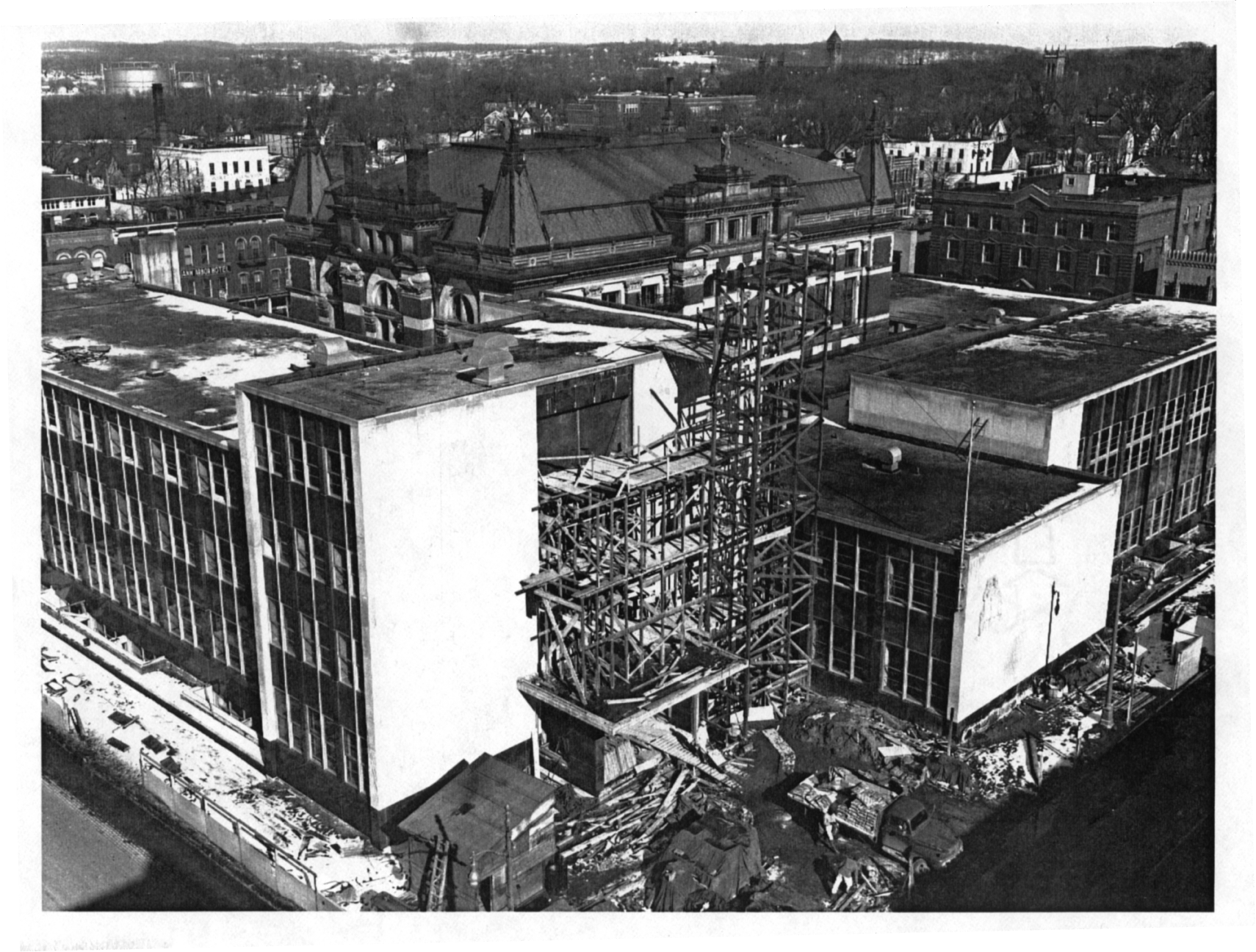 Washtenaw County solved a dilemma in 1954. By the terms of town founder John Allen's original gift, proceeds of the sale of the Courthouse Square land might go to Allen's heirs, not to the county, if it were sold for other use. That incentive to keep the courthouse on the same site presented the unattractive prospect of moving the entire operation of the county to another site during construction, then moving back once the new courthouse was finished.

The architect's plan cleverly solved this problem and provided parking as well. The new courthouse was built around three sides of the existing structure, which continued to function until the new building was finished in 1955.

The old building was then torn down and the space it occupied became a parking lot. An employee then working at the courthouse recalled, "I could open my window and reach out about twelve inches and touch the new building." Much of the move was made by employees handing materials through the old windows into the windows of the new structure.

The diagram shows the locations of the three courthouses on this site. The first was built in 1834 and razed in 1878 to make way for the second courthouse, completed that same year. The cornerstone for the present courthouse was laid in 1954, and the new building was dedicated in 1956.